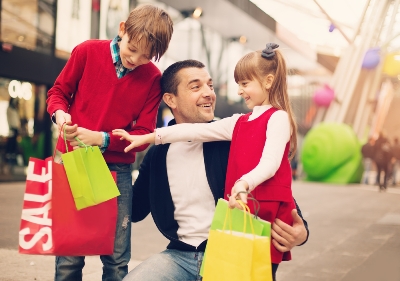 Although UK consumers spend £700 million celebrating their fathers, this is half as much as they spend on Mother’s Day, as they think fathers are less important.

Last year, the proportion of UK consumers ranking Father’s Day as less important than Mother’s Day increased 15.6 percentage points, with 24.5% of shoppers surveyed agreeing. As a result, the gap between Mother’s Day and Father’s Day spend widened, with total retail spend on Mother’s day in 2017 valued at almost £1.4 billion.

Eleanor Parr, Retail Analyst at GlobalData, says: “As consumers’ disposable incomes become squeezed due to real wage declines, consumers will be more reluctant to allocate discretionary spend on occasions which are considered less important, therefore driving a volume decline in the market.

“Father’s Day spending will become a victim of this trend, with a slight increase in spend driven prominently by increased prices rather than shoppers willingness to upgrade their Father’s Day gift purchases this year.”

Spending this year on Father’s Day is forecast to grow to £695.2 million, however, this will be predominantly driven by inflation, which in May 2017 was at a four year high of 2.9%. Food gifting will be the category most affected by increased prices and as a result is expected to grow by 1.4%.

However, some of this price inflation will be offset by the increased competition at the value end of the grocery market, driving growth for these retailers. For example, Aldi is currently advertising the “Big daddy” 16oz rump steak for only £4.99, competing with Morrison’s 16oz burger for £3.00, both appealing to the Father’s Day food shopper on a budget.

Spend on non-food will grow minimally with gifting and cards & wrapping only increasing on the year by 0.3% and 0.2%, respectively.

Given the current challenging macroeconomic climate, consumers are expected to attempt to curb their spending on Father’s Day gifts this year as they will feel less able to spend on non-essential items. As a result many consumers will trade down their gifts this year, purchasing presents from value general merchandisers such as B&M and Poundland, who have recently improved their propositions for such occasions.