US firms remain at forefront of M&A activity in cybersecurity space during 2014–2018, reveals GlobalData

12 Sep 2019
US firms remain at forefront of M&A activity in cybersecurity space during 2014–2018, reveals GlobalData

American companies remained the most active investors in the cybersecurity technology space during 2014–2018, according to GlobalData, a leading data and analytics company.

Of the top five acquirers in terms of number of acquisitions, the top three were headquartered in the US, with the UK-based Sophos and Canadian firm Blackberry also featuring among the top five.

The three American companies, Symantec, Palo Alto Networks and Proofpoint, undertook seven acquisitions each in the cybersecurity space during 2014–2018, while Sophos acquired six companies and Blackberry acquired five companies during the period. 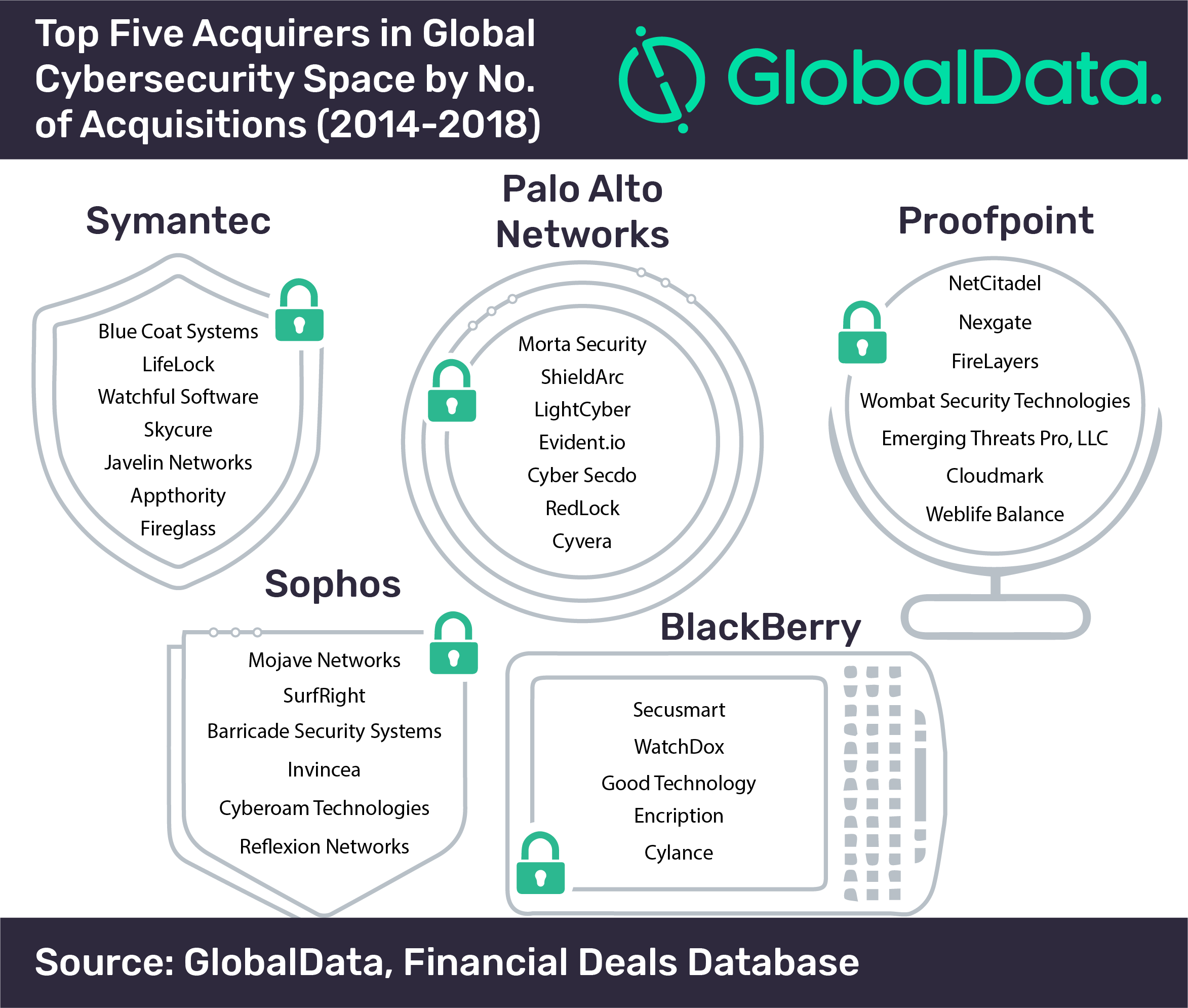 In the top five list dominated by core cybersecurity software companies, Blackberry was the only exception.

Aurojyoti Bose, Financial Deals Analyst at GlobalData, says: “Over the years, there has been a shift in the focus of the once-dominant smartphone manufacturer with enhanced bets on cybersecurity solutions.”

This is reflected in its acquisitions of multiple cybersecurity companies or assets, with the most notable being the acquisition of Cylance (announced in November 2018 and completed in February 2019).

Exponential increase in cyber threat risks is making corporates across geographies more vulnerable than ever before. Furthermore, the emergence of new regulatory frameworks such as General Data Protection Regulation (GDPR) in the EU also calls for measures focused on privacy and data protection. This has made cyber security firms an extremely lucrative business proposition.

Bose adds: “Going forward, the momentum in mergers and acquisitions (M&A) activity in the cybersecurity space is likely to stay. Companies, other than software vendors and core cybersecurity players, are also pursuing M&A aggressively and foraying into the promising space in a big way.” 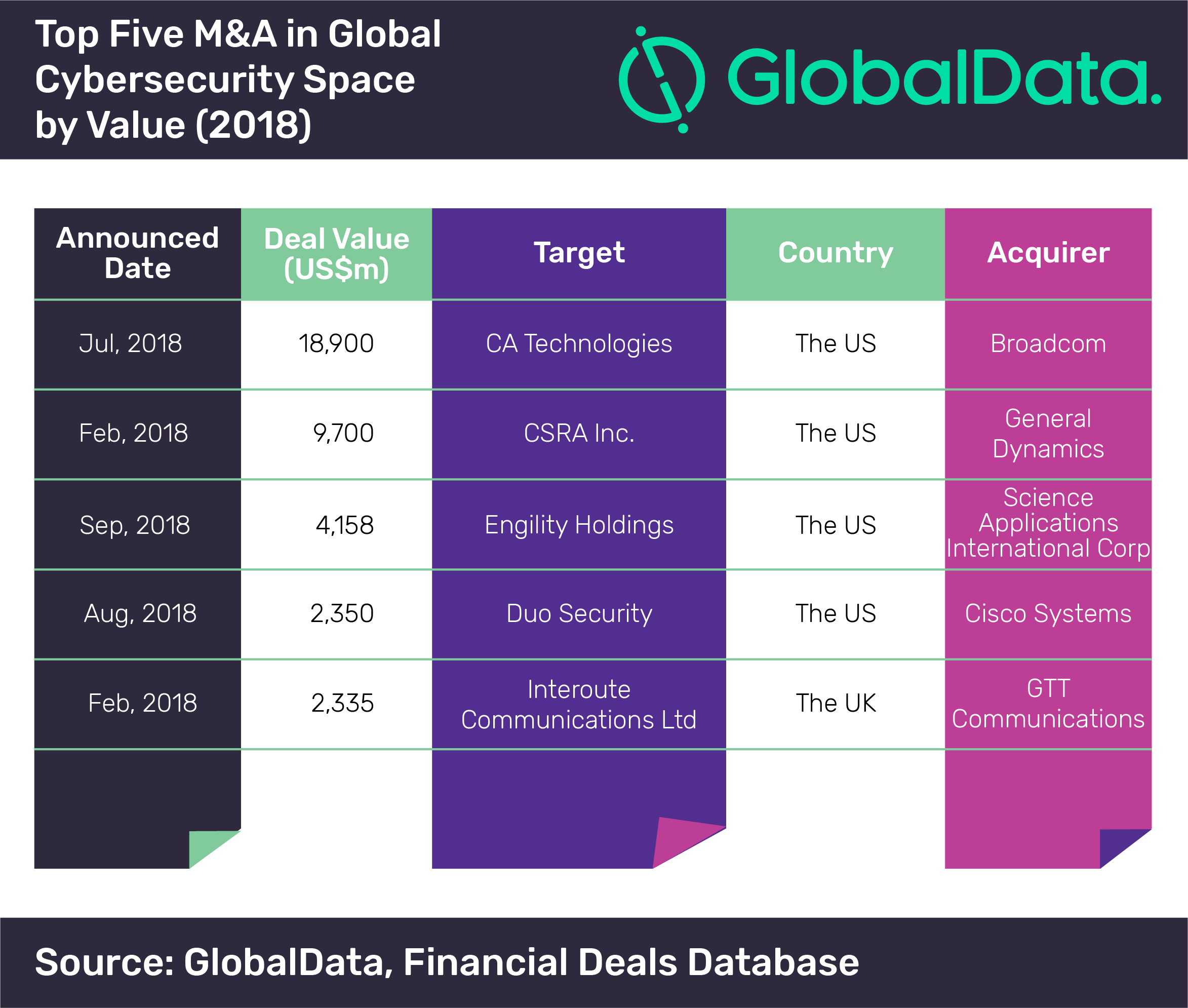 More than 70% of the targets acquired by the top five acquirers in the cybersecurity space during 2014–2018 were headquartered in the US. Israel with approximately 13% share occupied the distant second position.