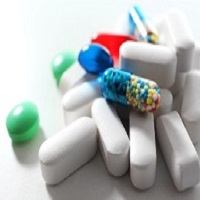 Venezuela is one of the emerging pharmaceutical markets in South America, with a major dependence on imports. However, economic and political turmoil along with inefficient patent laws and drug pricing policies are major barriers according to GlobalData, a leading data and analytics company.

The company’s latest report: ‘CountryFocus: Healthcare, Regulatory and Reimbursement Landscape – Venezuela’, reveals that the country’s total pharmaceutical market value was $12.6 billion in 2015, increasing from $5.7 billion in 2009, at a Compound Annual Growth Rate (CAGR) of 14.1%.

In 2015, the average price of healthcare services increased by 38.5% from the previous year. Out of pocket expenditure in 2015 was also high at 67.3% and drug prices are now considerably higher than the region average of $7.86. In 2016 the average drug price in Venezuela was $21.95, the highest in the entire Latin America region.

The supply of pharmaceuticals in the country is heavily dependent on imports with the market growing significantly from 2009 to 2012. Since then pharma imports have dipped with pharmacies facing a shortage of essential medicines despite the efforts of the government to maintain supply. As of May 2017, about 85% of the country’s required drug demand was not being met.

Tathagata Ghosh, Healthcare Analyst at GlobalData commented: ‘As well as pharmaceuticals, the medical device market is heavily dependent on imported products. The US is the major supplier for medical devices, although in recent times Cuba, Mexico and Brazil have replaced some US exports. Disposable healthcare items such as syringes, surgical clothes and hospital furniture are all manufactured domestically.’

Inefficient healthcare infrastructure, shortage of medicines in pharmacies and a high level of private healthcare expenditure leave plenty of room for improvement in the healthcare system.

Tathagata continued: ‘By 2013, Misión Barrio Adentro had saved about 1.7 million lives and is looking to expand further with plans to set up 824 new clinics in co-ordination with local provincial governments.’

Information based on the GlobalData report: CountryFocus: Healthcare, Regulatory and Reimbursement Landscape – Venezuela

* CCC is a type of credit rating used in financial markets which represents an extremely high risk bond or investment.

** Caa3 is a type of credit rating used in financial markets which are judged to be of poor standing and are subject to very high credit risk.