Wachtell, Lipton, Rosen & Katz has secured number one position in the latest global mergers and acquisitions (M&A) legal advisers league table based on deal value in the first half (H1) of 2019, according to GlobalData, a leading data and analytics company.

The American law firm advised on 36 deals worth US$528.1bn, including a major transaction during the period –Bristol-Myers Squibb’s acquisition of Celgene for US$89.5bn. The company also witnessed a significant year-on-year increase of 56.05% in deal value during the period.

Ravi Tokala, Financial Deals Analyst at GlobalData, comments: “With involvement in multiple mega deals, Wachtell, Lipton, Rosen & Katz was the only legal adviser to cross the US$500bn deal value mark in H1 2019. In terms of volume, Kirkland & Ellis and Jones Day emerged as leaders, with both advising on more than 200 deals each. In addition, 11 of the top 20 advisers witnessed a drop in advised deal value as compared with H1 2018, which is consistent with the drop in overall deals value for the first half of the year.” 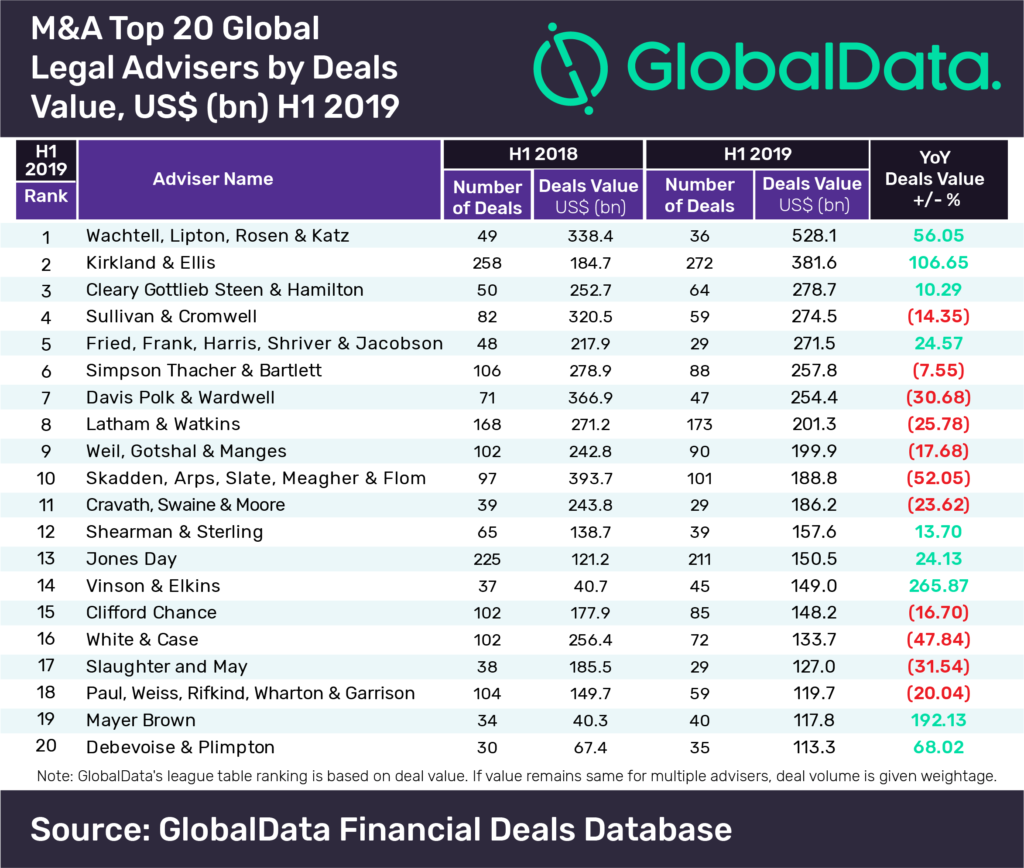 In deal volume terms, Kirkland & Ellis topped the table with 272 deals, followed by Jones Day with 211 deals worth US$150.5bn.