The growth of variable renewable energy and distributed energy resources has changed the market dynamics of the electricity system in Australia. To meet the increasing demand of the power in the country and have an uninterrupted power supply, the stakeholders prefer battery-backed wind and solar farms. The share of renewable energy in the country had reached 21.5% of the country’s power mix in 2018 and is expected to surpass the dominated thermal power by 2030 contributing 55.7% of the capacity mix, according to GlobalData, a leading data and analytics company.

GlobalData’s latest report, “Australia Power Market Outlook to 2030, Update 2019 – Market Trends, Regulations, and Competitive Landscape, details in 2018, thermal power dominated Australia’s power mix with an overall share of 67%, coal holding the maximum share of 36%. Solar PV contributes the maximum among the non-hydro renewable energy sources with a share of 12.7% followed by wind and bio power with a share 7.1% and 1.6% respectively. Besides, the hydro power also holds a share of 11.6% in the same year. 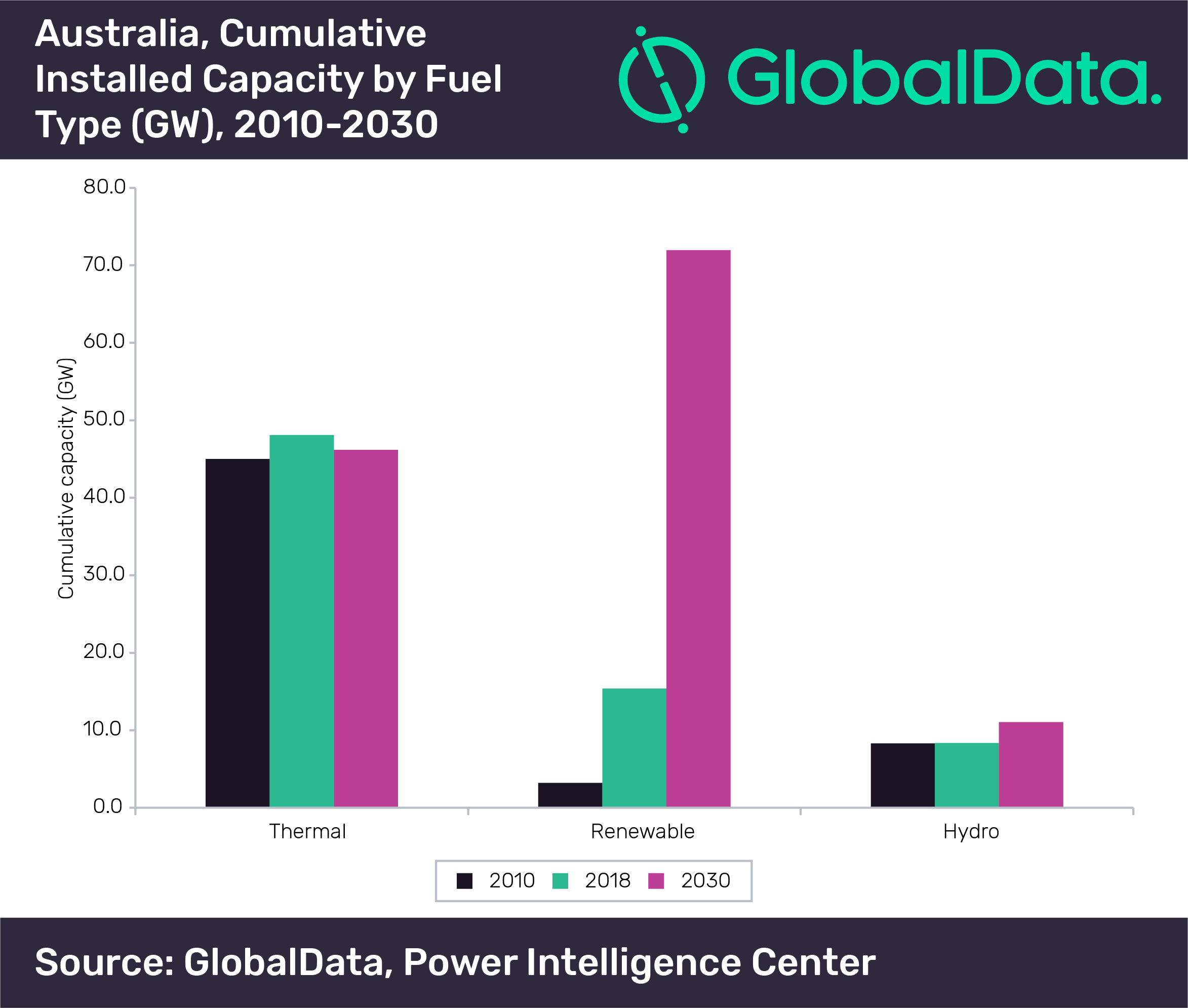 Falling cost of renewable energy installations and introduction of strong policies to cut down pollution have led the policy makers focus more on renewable energy. The government has set 20% renewable energy target by 2030 and the incentives attached to the target will drive significant investments. Besides, high potential of clean energy sources, the country is expected to generate 43.5% of the electricity from renewable energy by 2030. National Energy Guarantee (NEG) is another promising opportunity to reduce emissions and ensure reliability in dispatchable energy supply.