According to Invest in Spain, Spain is the second largest automaker in Europe and eighth largest in the world. The Spanish automotive industry accounts for 18% of total exports and 10% of Spain's GDP. On average, the industry (assembly and the automotive supply sector) spends EUR4 billion ($4.7 billion) annually on enlarging and updating plants.

Spain was ranked 30th out of 152 nations in the GCRI Q2 2022. The country’s risk score is in the low-risk nations band (below 30). Spain's risk score across major PESTLE parameters as well as overall risk score in GCRI Q2 2022 (29.4) is lower than the world average (44.0). The presence of higher macroeconomic risks, higher risks associated to demographic changes, including higher dependency ratios and declining work force, political uncertainties arising from multi-party coalitions, and higher complexities in the regulatory environment could have an adverse impact on the business and investment climate in the country. 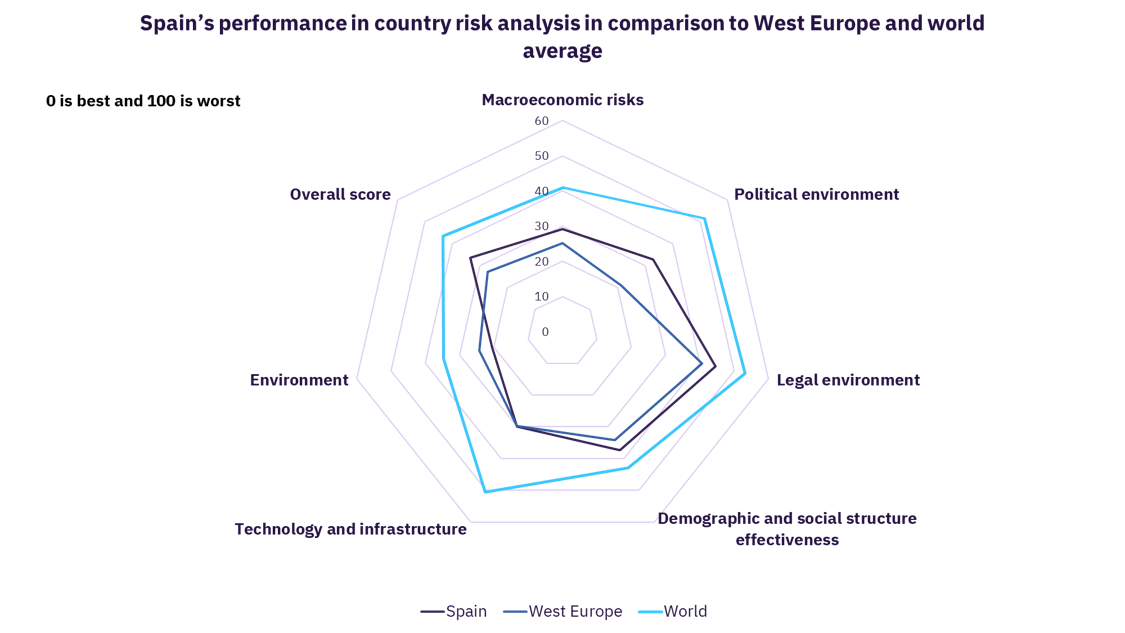 GlobalData’s unique Country Risk Model determines the existing and future level of country risk by assessing various qualitative and quantitative factors. The index is designed to help firms formulate their global business strategies based on historical developments in an economy.

GlobalData Macroeconomic Outlook report is designed to provide detailed macro-economic analysis which will help clients in their business planning, investment and strategic decisions, and analysis. It also provides a quick view of the current situation and the risk score of the country in comparison to region and world based on the proprietary risk framework. The report also highlights key strengths, weaknesses, opportunities, and threats in each of the pillars of PESTLE, economic growth prospects, and key events which can impact the country’s future outlook.