Companies across sectors, including technology, retail, and banking & payments, continued to announce layoffs, and a sizable decline in active jobs (number of jobs available for application) is also apparent in August 2022, reveals GlobalData, a leading data and analytics company.

An analysis of GlobalData’s Jobs Analytics database has identified a seven index-points decrease in active jobs in August 2022 due to a high relative closure rate of 12% compared to the previous month.

Based on GlobalData’s analysis of around 27,000 companies, active jobs declined by 5% month-on-month in August 2022, whereas job closures—where a posted job is removed from the career page of the employer—decreased by 3%, along with a dip of 7% in new job postings.

Sherla Sriprada, Business Fundamentals Analyst at GlobalData, comments: “Companies are still facing inflationary pressures caused by the economic slowdown. Cutting jobs and reducing hiring are some of the most prudent ways for businesses to be cost efficient. The same is evident as various companies, including Alibaba, Microsoft, Snap, Tencent, and Apple, announced layoffs, as well as removing, or closing their jobs and reducing new job postings.” 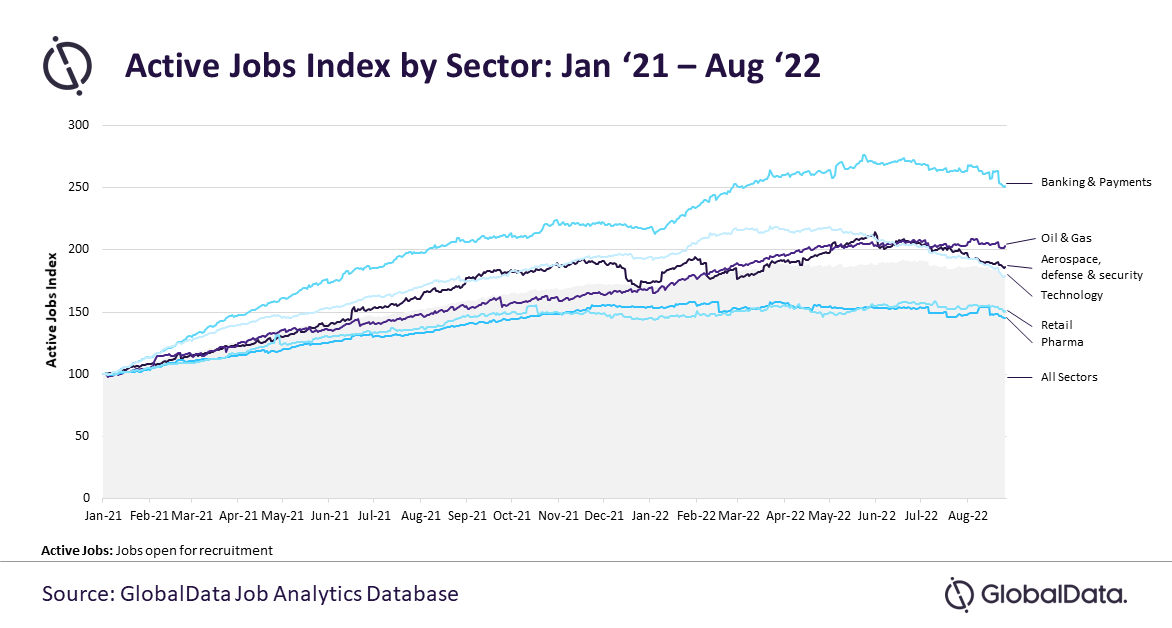 Various new roles and teams are being sought by companies, including one for “VP, stakeholder management, issues & advocacy integration” at BP Plc. American Express’ “Director Assistant” role will be responsible for developing the company’s newly created technology business management (TBM) team. This new team will drive organizational and operational efficacy and efficiency across all the company’s technology teams.