The growing adoption of digital technologies in pursuit of new business models and enhanced customer experiences has led to an increase in the number of cyber threats to users and companies. As a result, cyber risks such as social media security attacks, business interruption from system failures, data breaches, financial frauds, and cyber extortion are on the rise. Against this backdrop, Qualcomm has built the highest patents for cybersecurity out of its entire portfolio, followed by industrial automation and digitalization, reveals GlobalData, a leading data and analytics company.

Rohit Singh, Project Manager at GlobalData, comments: “Qualcomm is primarily focussing on in-network fraud detection, user authentication, security arrangements for programs or data, wireless traffic management, power management in the wireless network, and secure payment architecture. The development of cellular vehicle-to-everything (C-V2X) and car-to-cloud services by Qualcomm in the automotive industry, with an emphasis on security and privacy, prepared the path for a direct research focus on cybersecurity.”

The patent database of GlobalData’s ‘Disruptor Intelligence Center’ reveals cybersecurity as the top theme in terms of patent filings and grants for Qualcomm. 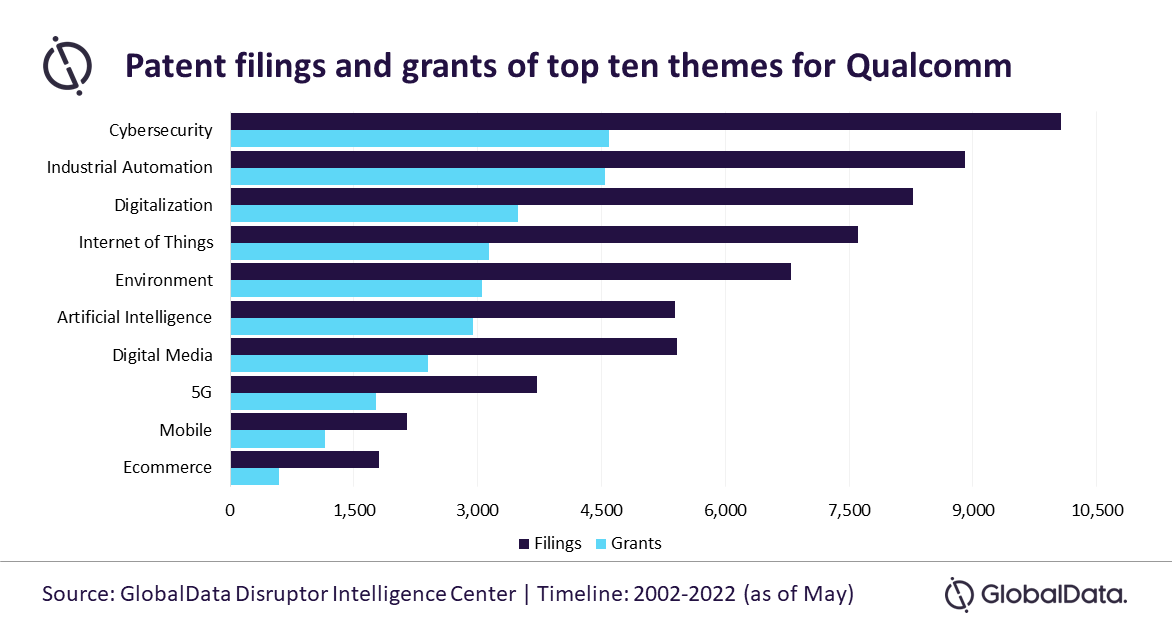 Singh concludes: “The rapid rise in digitalization, industrial automation, and connected IoT devices is anticipated to increase the number of potential cyber-attacks. With 5G, wireless networks will experience a physical redesign, which could make it challenging to secure both the network and the applications that emerge from it. Advanced cybersecurity solutions are the need of the hour to address problems that are exacerbated by the growing adoption of emerging technologies.”