Innovation-led technologies of the future identified by GlobalData (link) like Artificial Intelligence, Blockchain and 5G have the power to transform and revolutionise whole sectors and industries,  but unfortunately they also create newer and sophisticated cybersecurity risks.

However, attempts to combat these emergent risks are also being developed, and we identify key emerging technology innovations in cybersecurity which will usher in advanced solutions to increase resilience against new-age cybersecurity risks.

Chart below depicts the evolution of emerging technology innovations in cybersecurity through time and their current pace of growth. We highlight currently emerging technologies in cybersecurity (see box in the chart) which will lead the next wave of innovation in this space, like Quantum Cryptography, Chaotic Signals, Photonic Quantum Communications, Blind Signatures (zero knowledge proofs), Vehicle anti-theft systems, to name a few. 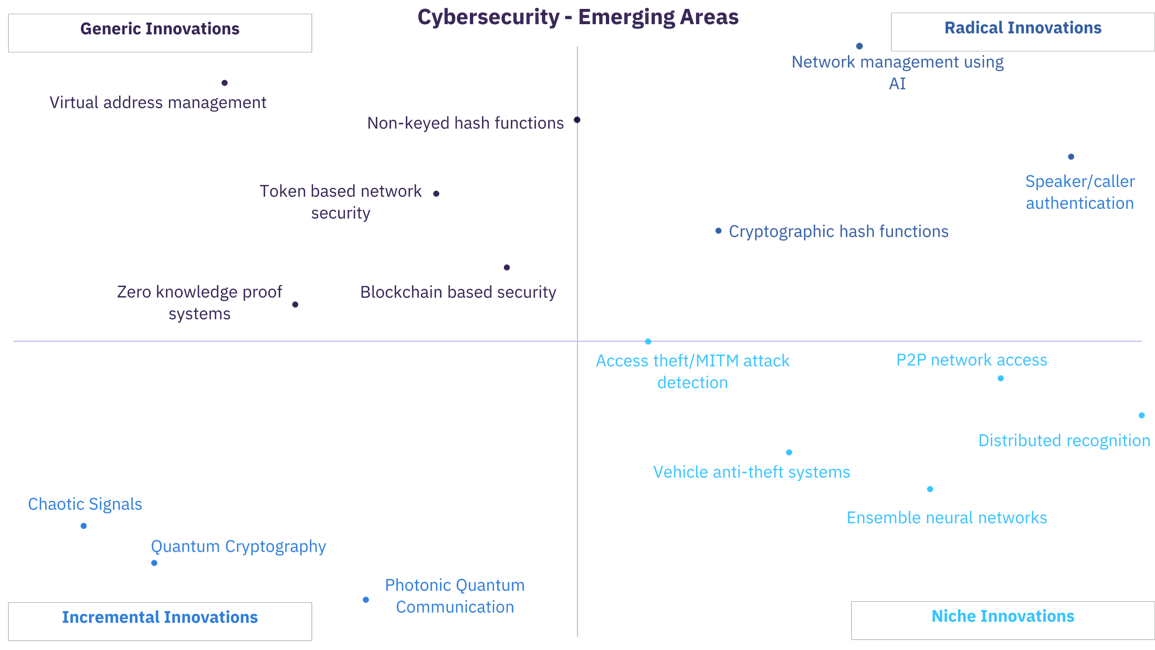 Finally, we also list front-runners in each emerging tech innovation areas to understand the leading players in the area, as well as the impact they will have – whether ‘Radical’, ‘Incremental’ or somewhere in-between. Notably, several players in the automobile value chain, apart from the car manufacturers have also been innovating in this area.

We highlight some interesting areas companies are working on in this space.