JP Morgan held the top rank in the latest global mergers and acquisitions (M&A) league table of the top 10 financial advisers for the information and communication technology (ICT) sector based on deal value in the first half (H1) of 2019, according to GlobalData, a leading data analytics company.

The New York-based financial institution took the top spot with a deal value of US$130.0bn for advising on 33 deals.

According to GlobalData, which tracks all M&A, private equity/venture capital and asset transaction activity around the world to compile league tables, Bank of America Merrill Lynch finished at second position with 25 deals worth US$90.3bn and Goldman Sachs at third position with 34 deals worth US$83.1bn. 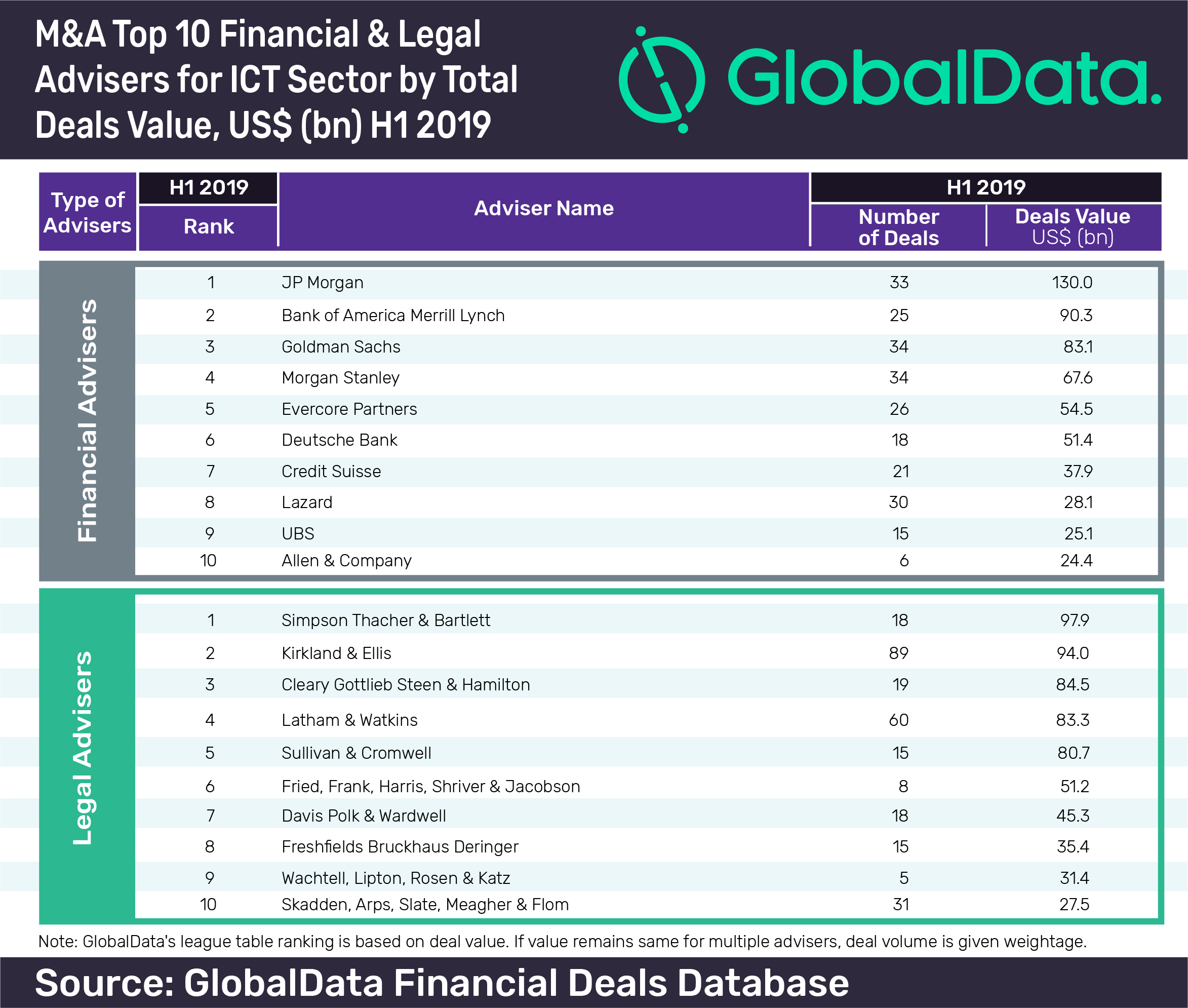 Bank of America Merrill Lynch, which stood at second place in the ICT deals league table, ranked sixth in the global list.

US-based law firm Simpson Thacher & Bartlett led the top 10 legal advisers table for H1 2019 with a value of US$97.9bn through 18 deals. It was followed by Kirkland & Ellis, which advised on 89 deals with a combined value of US$94.0bn. With 19 deals worth US$84.5bn, Cleary Gottlieb Steen and Hamilton stood at third position.