JP Morgan has topped the latest mergers and acquisitions (M&A) league table of the top 10 financial advisers in the construction sector based on deal value in the first half (H1) of 2019, according to GlobalData, a leading data analytics company.

JP Morgan left behind its counterparts Rothschild & Co, Morgan Stanley and Bank of America Merrill Lynch to lead the table with 14 deals worth US$19.6bn.

Ravi Tokala, Financial Deals Analyst at GlobalData, says: “The absence of big ticket deals and less than 20 deals crossing US$1bn value in the construction sector in H1 2019 led to a major drop in deal value as compared with H1 2018, even though the year-on-year overall deal volume slightly increased by 2.9%.” 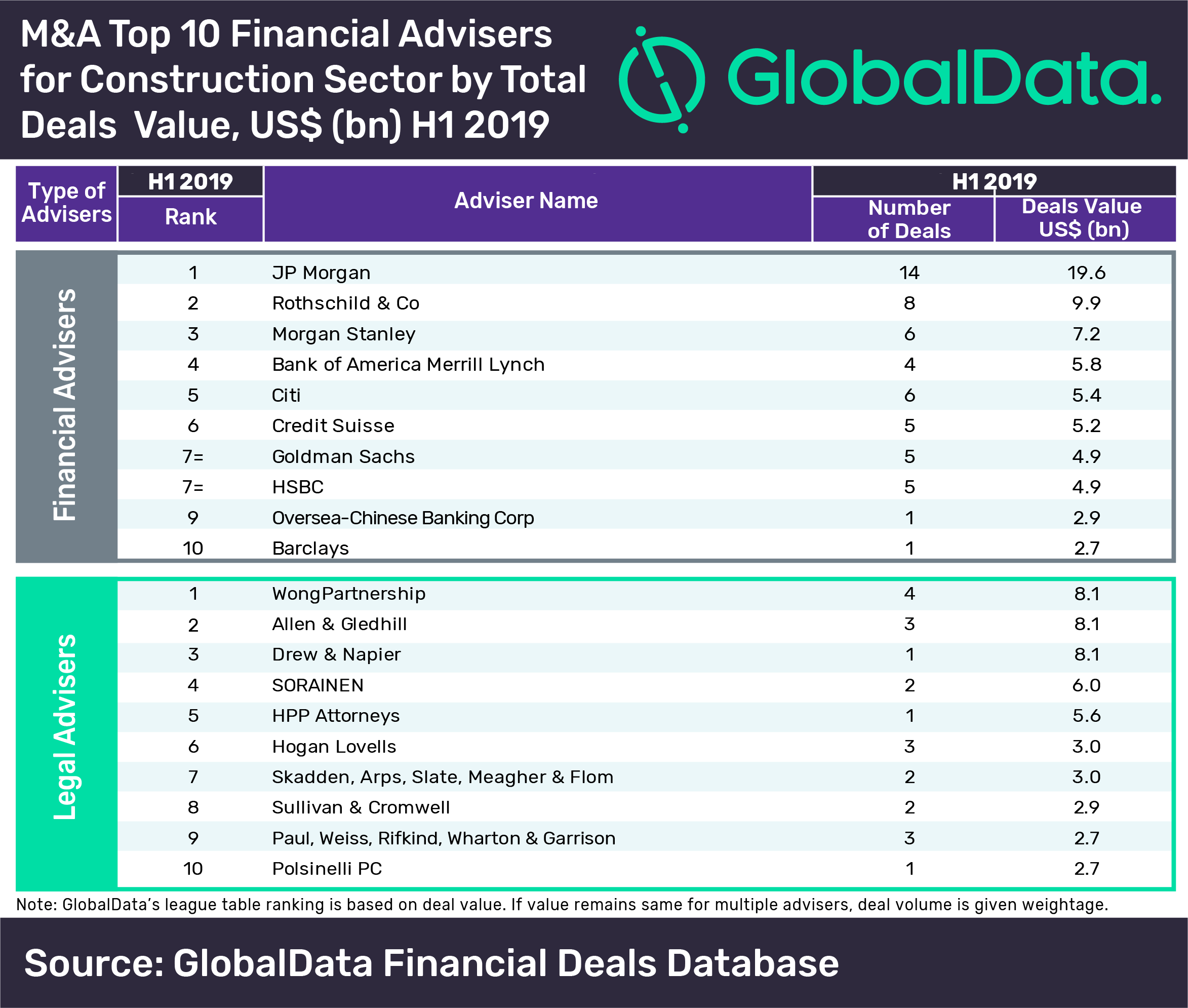 Singapore-based WongPartnership topped the list of top 10 legal advisers by value with four deals worth US$8.1bn. Although the deals Allen & Gledhill advised on were also worth US$8.1bn, the former gained an edge in the ranking due to superior deal volume. The six top firms in the sector table were conspicuous by their absence in the global league table of top 20 M&A legal advisers. Skadden, Arps, Slate, Meagher & Flom, which secured seventh position in the sector table, was ranked tenth in the global list. Wachtell, Lipton, Rosen & Katz occupied first position with 36 deals worth US$528.1bn in the global list.