Tesla Inc (Tesla) has a moderate risk profile and is one of the top fifty companies based on our proprietary risk assessment of vehicle manufacturing sector in the automotive industry. Country and industry risk pillars strengthened the overall risk score of the company. An established market position is a strength for the company, but low profitability and a high proportion of debt could be causes of concern. 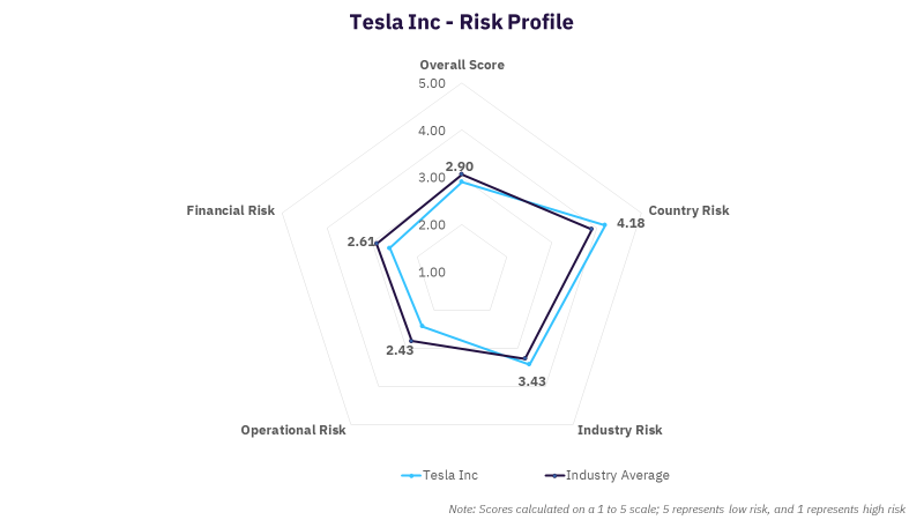 Our proprietary risk assessment uses a combination of four risk pillars – Country, Industry, Operational, and Financial. The risk scores are based on a scale of 1 to 5, 1 being the lowest risk and 5 being the highest.

Tesla’s below-average operational and financial risk scores pull the overall risk score below the sector average. Companies like Subaru, Hero Motor Corp, Porsche, and Geely are the leaders in the sector.

The company derived a majority of its revenues from the US (48.22%), followed by China (21.13%) and other countries (30.65%). The company has manufacturing facilities in the US, Germany, and China and has operations across the Asia Pacific and Europe. Presence in various countries insulates the company from the risk associated with economic and political factors of a specific region, resulting in a country risk of 4.18.

Tesla has an operational risk of 2.43, below the sector average. An established market position enables the company to meet customers’ demands and secure benefits from zero-emission vehicle adaption trends. However, a smaller scale of operations than other automakers, coupled with low EBIT margins and average profile per vehicle, negatively impact the scale, profitability, and operational efficiency pillars. 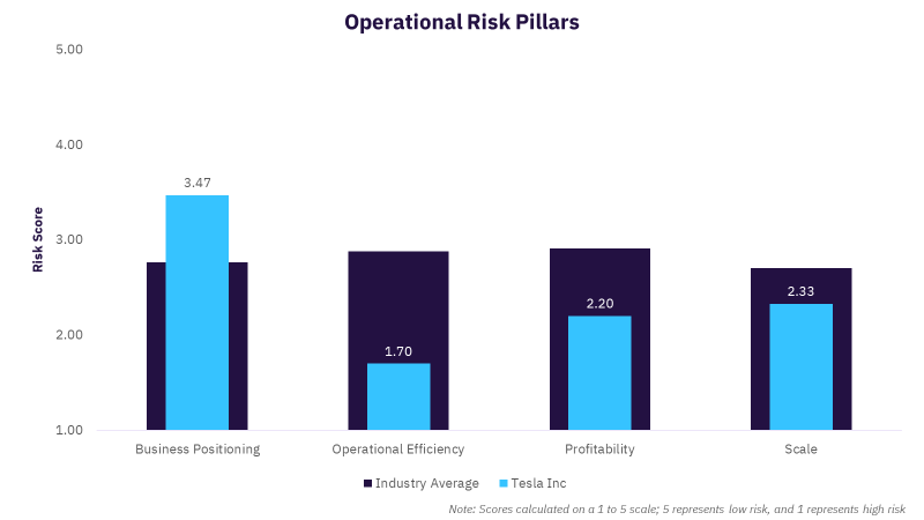 The company has an average financial risk score of 2.61, driven by its healthy liquidity and cash flow ratios. However, a high proportion of debt on its balance sheet compared to its peers affected the leverage ratios. Low EBIT margins resulted in low-interest coverage ratios, increasing the company’s financial risk profile. 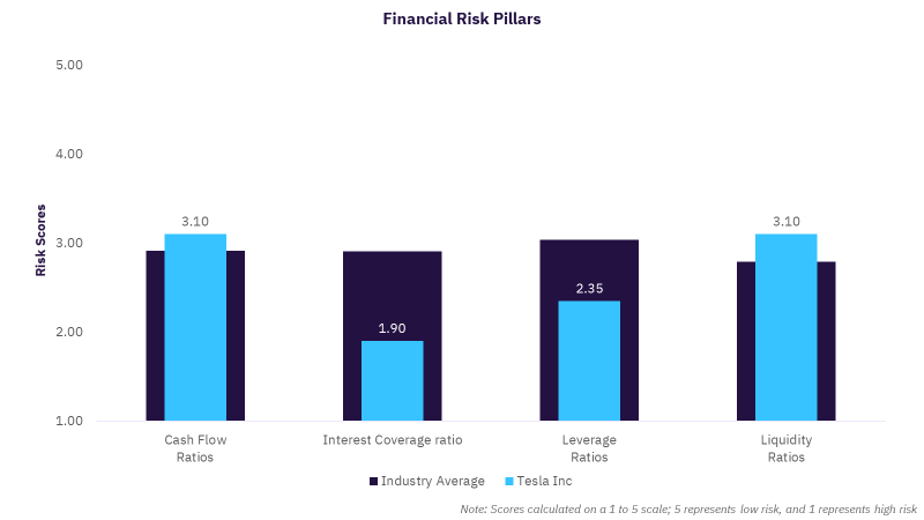 GlobalData risk scorecard for a sector provides the analysis of various risks a company is vulnerable to. Our risk framework comprises four pillars – country, industry, operational and financial. The country risk for an entity signifies the risk of operating in a particular country. GlobalData’s proprietary country risk assessment framework is used to calculate the risk for individual countries. Industry risk is an integral part of risk analysis, and it implies the riskiness and stability of the industries in which a company operates. The operational and financial risk profile comprises a company’s risk and return potential based on its key operational and financial metrics. Our scores are based on an average of the latest three fiscal year data.