The annual sponsorship revenue from the National Football League (NFL) was estimated to be $1.6 billion. Anheuser-Busch stands as the most active brand in the National Football League (NFL), with 24 deals. The beverages and financial services sector will be the most prominent sponsors across the NFL teams. The league’s newest addition to its list of broadcasters is Amazon, with a deal worth $11 billion spread over 11 years. This is the first time a streaming service carries a full package of games exclusively, in a deal worth a staggering $11 billion across 11 NFL seasons.

The Business of National Football League (NFL) report gives a detailed overview of the commercial landscape from a league perspective. The report also outlines the social media position of the main properties as well as ticketing revenue. It offers a clear breakdown of the sponsorship and media deals linked to the teams.

The key broadcasting partners of the NFL are NFL Network, Telemundo, ESPN, Amazon, Verizon, DirecTV, Fox, NBC, and CBS. The largest annual deal that the NFL has in place is with DirecTV, worth $1.5 billion annually across an eight-year period. DirecTV will offer fans the chance to watch live Sunday afternoon games outside local markets.

CBS, ESPN, FOX, and NBC pretty much ran the entire NFL media landscape in 2022, as all regional deals signed have been linked to one of these four networks. These deals ensure fair access to the club fans to view live games in home markets typically pre-determined close to the franchise’s home venue. This enables fans to watch their team’s games even if the national broadcaster has not picked up the rights or they are unable to attend the game in person.

To know more about broadcasting partners of NFL, download a free report sample

The key kit suppliers in the NFL are Nike and Adidas. In North America, the National Football League has in place a deal for a single kit manufacturer to provide the playing kits for all the NFL teams. It is standard practice across the United States, for all the leading sports leagues to seal similar exclusive single-manufacturer deals.

Nike has continued to establish itself as the biggest kit supplier in the United States and Canada, obtaining the rights for three of the five main sports leagues, the NFL deal being the most lucrative. Adidas is the only other kit supplier who competes against Nike for a share in the kit supplier market of the top 5 leagues in North America. The German manufacturer holds kit supplier rights to both the MLS and NHL until 2024. 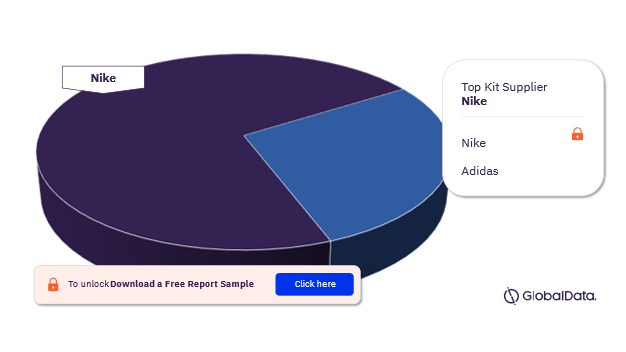 For more insights on kit suppliers in the NFL, download a free report sample

The key brand sponsors in the NFL are Anheuser-Busch, PepsiCo, Verizon, Ticketmaster, Miller Brewing, Coca-Cola, Toyota, BetMGM, Bose, Proctor & Gamble, Geico, Ford, FedEx, Fanatics, and others. The most visible brand continues to be the alcoholic beverage company Anheuser-Busch which has a long and strong affiliation with the NFL, with a league-wide partnership and a famous advertising campaign history with its Bud Light sub-brand.

Business of NFL Analysis, by Sponsors 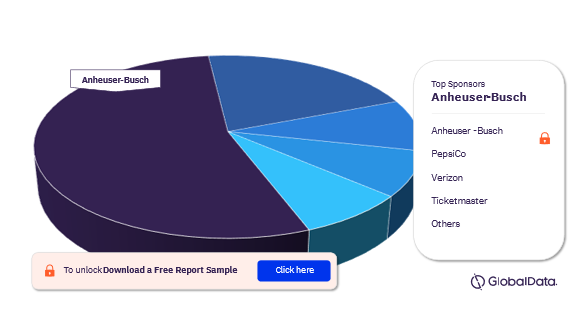 For more insights on sponsors in NFL, download a free report sample

The report looks to offer a detailed insight into one of the most profitable sports leagues in sport. It explores all the main financial revenue generators across the league. It also ranks the competing teams based on commercial revenue.

The annual sponsorship revenue from the National Football League was estimated to be $1.6 billion.

The key kit suppliers of the National Football League are Nike and Adidas.

Nike is the most dominant kit supplier in the National Football League.

Anheuser-Busch retains its position as the most active sponsor in the National Football League.