In response to increased military tensions in the Baltic Sea with Russia, Finland plans to raise its defense spending to EUR3.16bn (US$3.74bn) to modernize the capabilities of its naval and air forces through the Squadron 2020 and HX Fighter programs, according to GlobalData, a leading data and analytics company.

GlobalData’s latest report, ‘The Finnish Defense Market – Attractiveness, Competitive Landscape and Forecasts to 2025’, reveals that the Finnish capital defense budget accounted for 24.9% of country’s total defense budget in 2020, an increase of 0.2% from 2019. 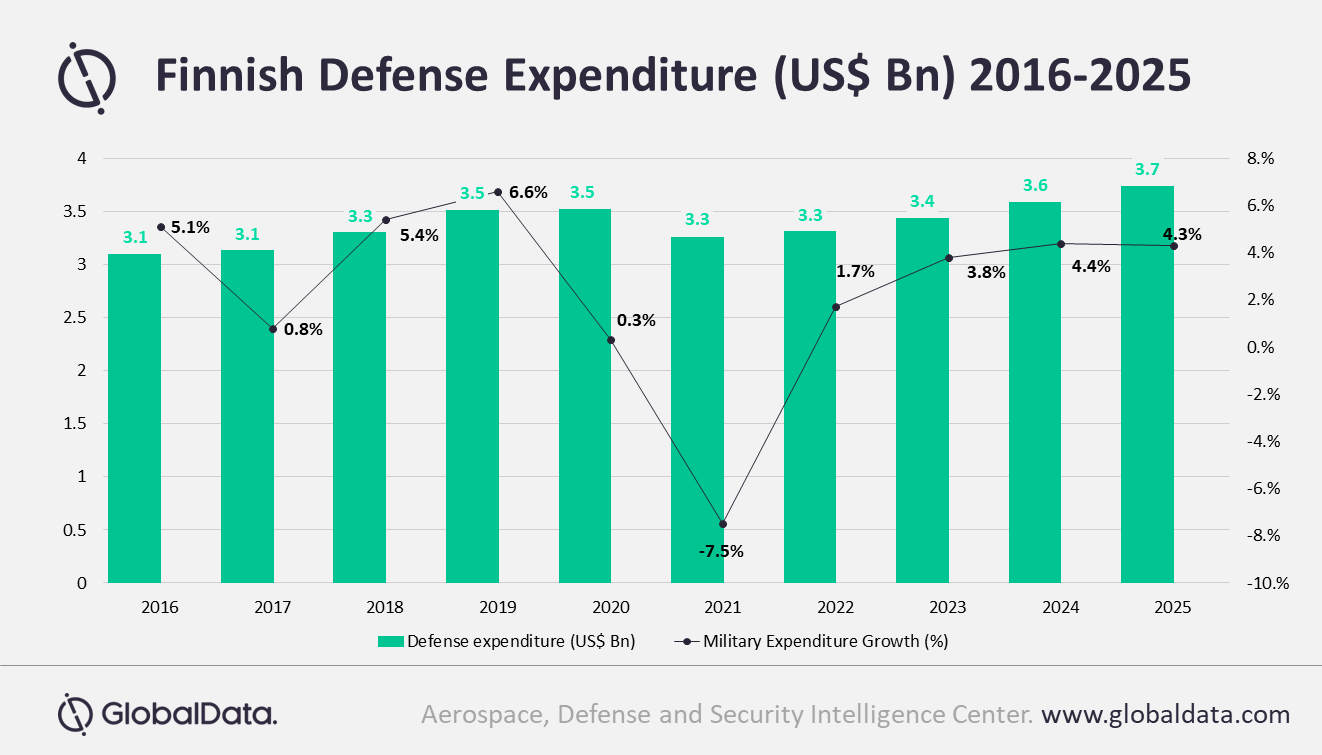 Military tensions in the Baltic have been on the rise and heightened with Russia’s Ocean Shield 2020 naval exercises. This has helped Finland to push for the modernization of its naval and air fleets through the Squadron 2020 and HX Fighter programs.

The Squadron 2020 program aims to replace seven vessels of the Finnish navy with four multi-role corvettes, which are projected to cost around EUR1.3bn (US$1.53bn); the construction of new vessels is expected to begin in 2022. The new multi-role corvettes will have surface warfare, maritime mine-laying and anti-submarine warfare capabilities.

Finland has an aging fleet of 62 F/A-18C and F/A-18D, which will be replaced by new multi-role fighters under the HX Fighter Program to secure and monitor the territorial integrity of the country.  This program is estimated to cost EUR7-10bn (US$8-12bn) and the final decision on the procurement of fighters is expected to be made in 2021.

Hemant Bhandari, Aerospace, Defense, and Security Analyst at GlobalData, says: “Though the COVID-19 pandemic has affected Finland’s economy and is expected to contract its GDP by 6.27%, the Squadron 2020 and HX Fighter program will act as key drivers of defense expenditure.”