Artificial intelligence (AI) continues to be a lucrative technology space with the majority of startups either managing to secure venture capital (VC) backing or being involved in the thick of merger and acquisition (M&A) deal activity during 2014-2018. As a result, the race to fund or acquire AI-startups reflects the impact AI can have across various industries, says GlobalData, a leading data and analytics company.

An analysis of GlobalData’s Financial Deals Database reveals that the AI space witnessed growth in VC funding and M&A activity both in terms of volume and value during 2014-2018.

VC funding volume and value increased at a compound annual growth rate (CAGR) of 22.6% and 62.7%, respectively, during the review period. M&A volume increased at a CAGR of 37.6% during the same period, with growth witnessing across all the years. Meanwhile, M&A deal value declined in 2017 after registering growth in two consecutive years 2015 and 2016. However, it again registered massive ~190% growth in 2018. 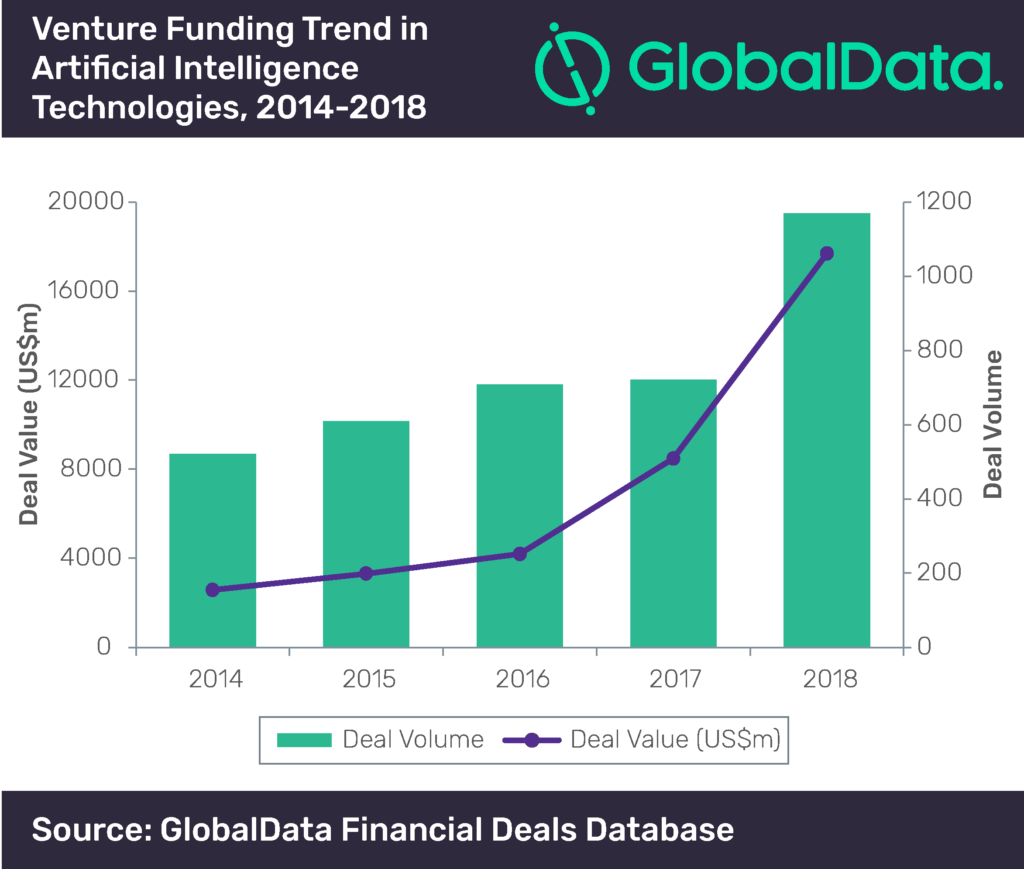 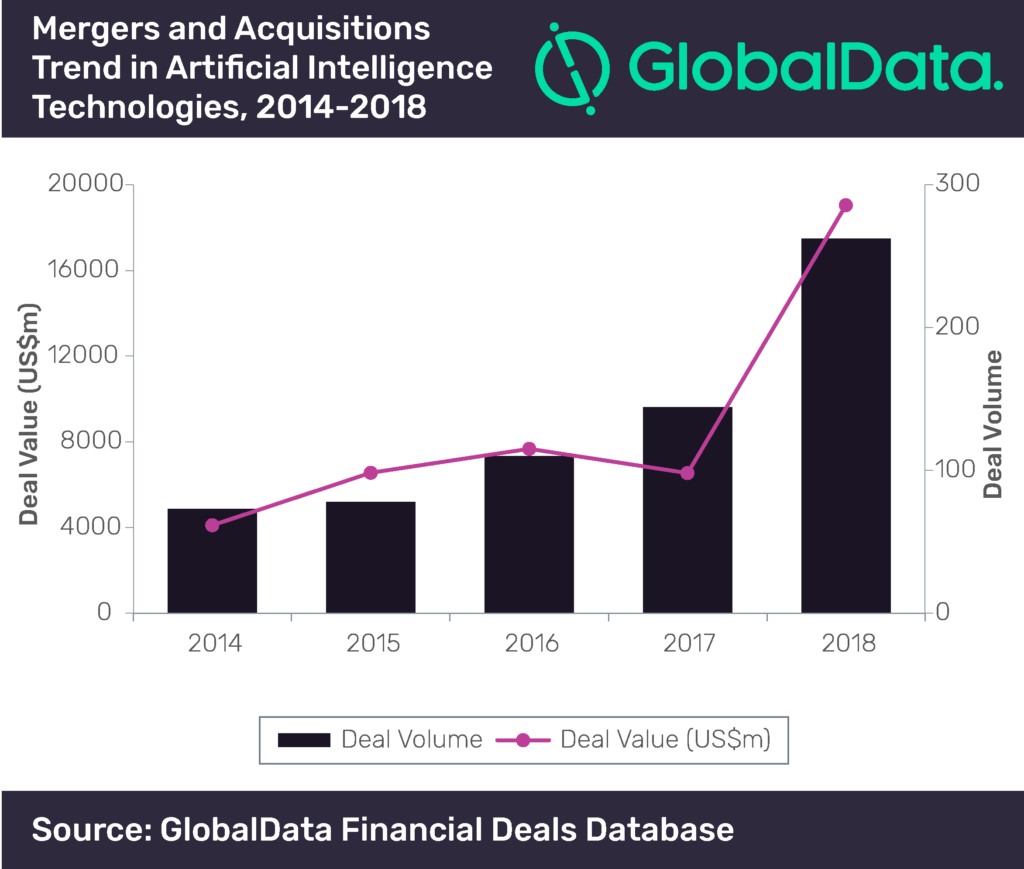 Aurojyoti Bose, Financial Deals Analyst at GlobalData, says: “AI-based technologies will play a critical role across various industries and business functions in the near future and will continue to draw significant investments from VC firms. As a result, major IT companies are also investing in this space to embed AI technologies in their existing solutions or new offerings.”