Asia-Pacific (APAC) dominated the US$4.5 trillion global net profit pool with a share of 38.2% in 2018, according to a new study by GlobalData, a leading data and analytics company.

The study, based on a sample size of more than 41,000 global public companies across a number of GlobalData core sectors, reviewed the sectorial and geographical net profitability levels in 2018 vs. 2014. 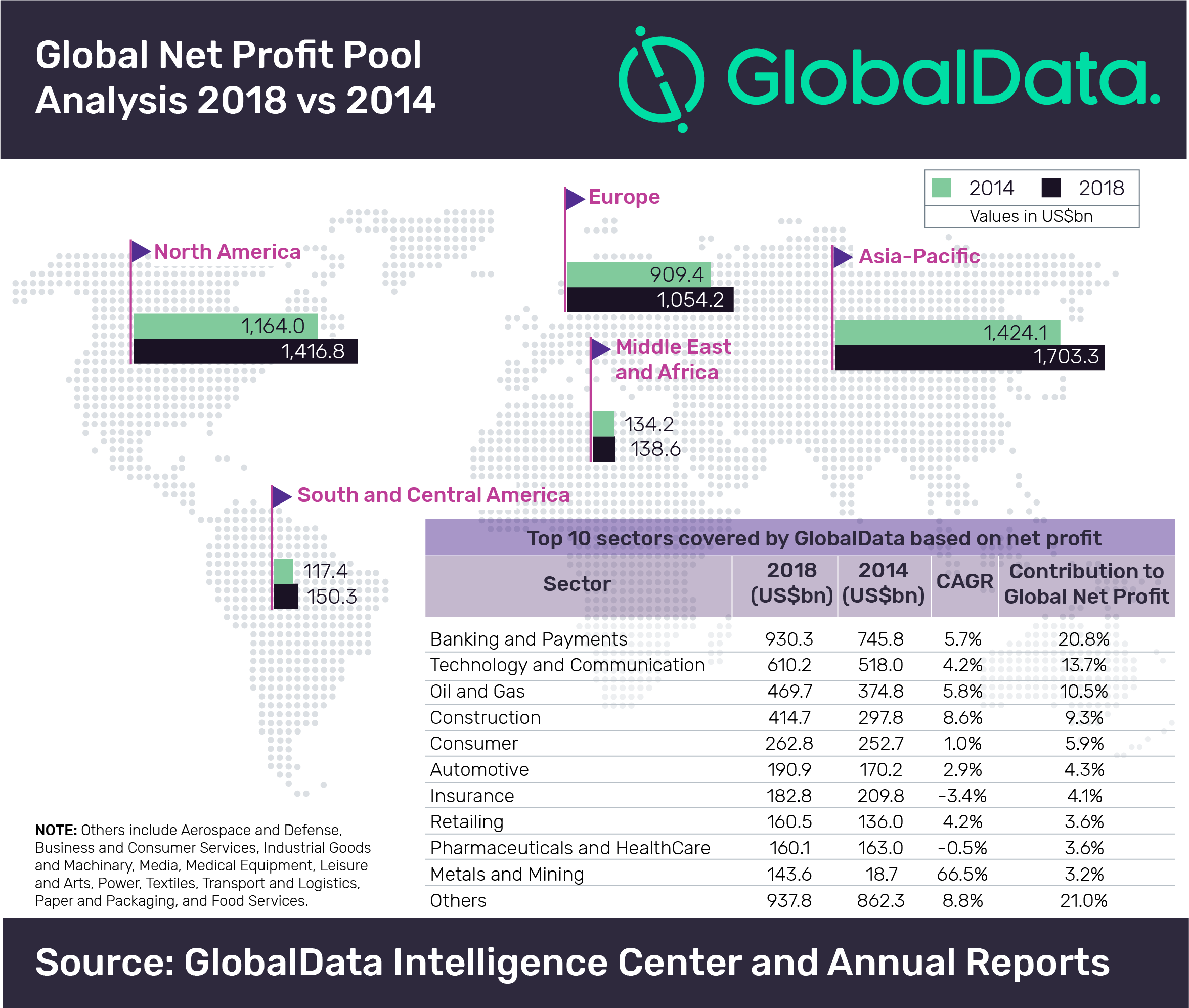 Parth Vala, Company Profiles Analyst at GlobalData, comments: “Majority of the top 10 sectors registered compound annual growth rates (CAGR) over the past five years. However, the growth was rather subdued except for metals and mining, which reported a CAGR of 66.5% during the period.

“Consistent uptick in commodity prices along with increased production capacities to meet the growing demand, and continuous cost saving measures that led to improved cash flows from operations were the major growth drivers.”

On the other hand, the aggregate net profitability of companies in insurance sector declined 3.4% compounded annually as there was a drop in net profit levels from European, North American, and South and Central American insurers in 2018, as compared to that in 2014.