GlobalData’s report, ‘Armenia Beverages Consumption Trends and Forecasts Tracker, Q4 2020 (Dairy and Soy Drinks, Alcoholic Drinks, Soft Drinks and Hot Drinks)’ reveals that the beverages market volume was hampered, significantly by the decline in the volume of the hot drinks sector. Hot drinks, which accounted for 77.2% of beverages market’s volume in the quarter, declined by 3.0% YOY. Hot coffee, the largest category in the sector, lost volumes by 2.7% YOY.

Ravi Teja, Consumer Analyst at GlobalData, says: “The juice category’s higher growth can be attributed to its lower sugar content, compared to nectars and still drinks. Juices were viewed more favorably by consumers who became more health conscious amid the pandemic.” 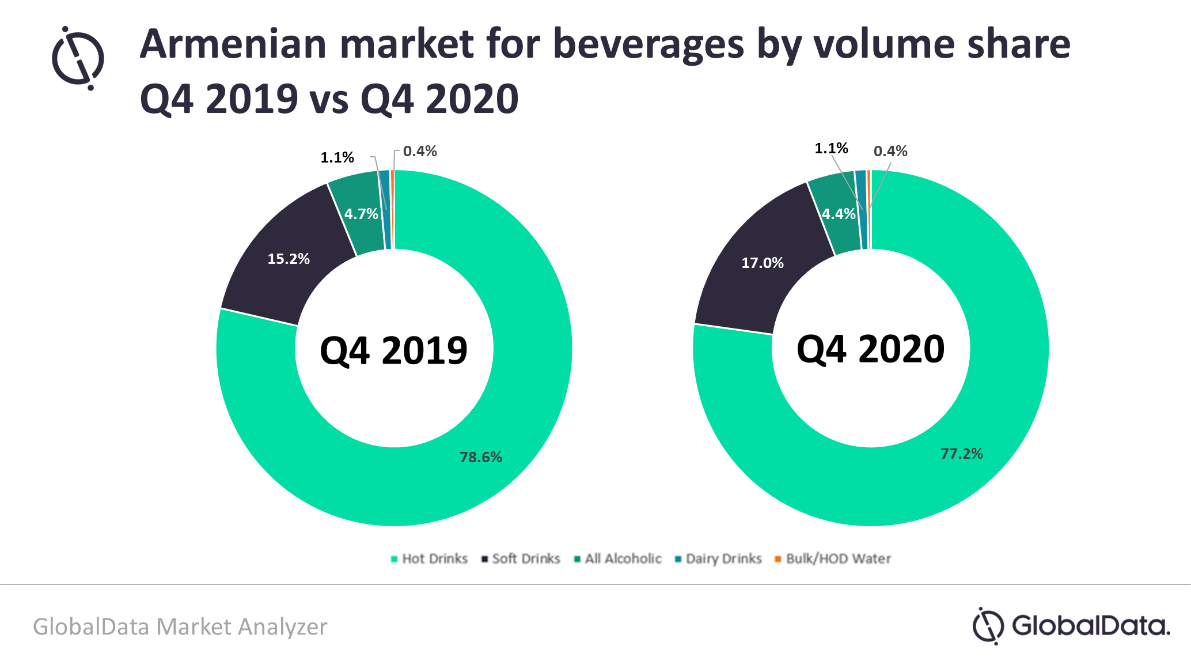 Dairy drinks’ volume remained flat, growing by a modest rate. Decline in the volume of white milk was instrumental in nullifying fermented milk’s growth. Decrease in volumes of beer, spirits, and wine resulted in the reduction of the overall volume of alcoholic drinks.

Mr. Ravi Teja concludes: “The soft drinks sector will grow in 2021, led by packaged water. Hot drinks and dairy drinks will also grow in volume, driven by their largest categories, hot coffee and white milk respectively. In the alcoholic beverages industry, beer will register a double-digit growth and drive the overall growth of alcoholic drinks.”