China has dominated the list of top 50 Asia-Pacific (APAC) companies in terms of the market capitalization during the first quarter (Q1) of 2021, reveals GlobalData, a leading data and analytics company. 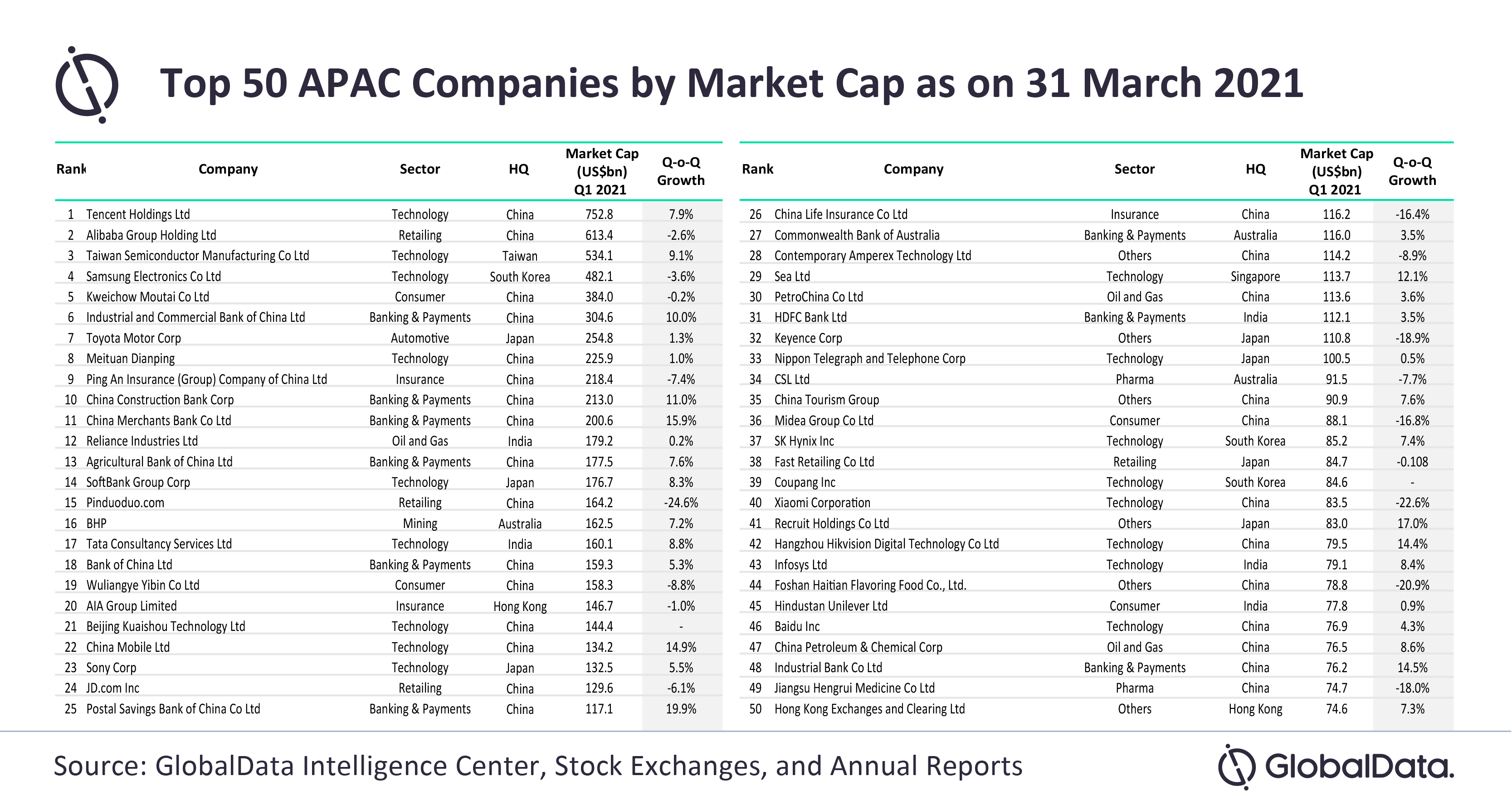 There were 12 Chinese companies that reported decline in their market cap. The most notable were the Pinduoduo.com, Xiaomi Corp, and Foshan Haitian Flavoring Food, whose market values declined over 20% over the previous quarter.

Xiaomi’s market cap declined because of sanctions by the US authorities. Stepping down of its Founder and Chairman and increased losses impacted Pinduoduo.

There were three companies — Postal Savings Bank of China (PSBC), Recruit Holdings (Recruit), and China Merchants Bank (CMB) — whose values grew by over 15%.

Murthy Grandhi, Company Profiles Analyst at GlobalData, comments: “The 18.3% rise in China’s GDP during Q1 2021 showcases its economic recovery has been quicker than that of other countries on the back of rising domestic and foreign demand. China was able to effectively control the COVID-19 pandemic earlier compared to the other global economies and emerged as a manufacturing center for personal protective equipment such as face masks, sanitizers, and work-from-home essentials such as laptops and computer accessories.” 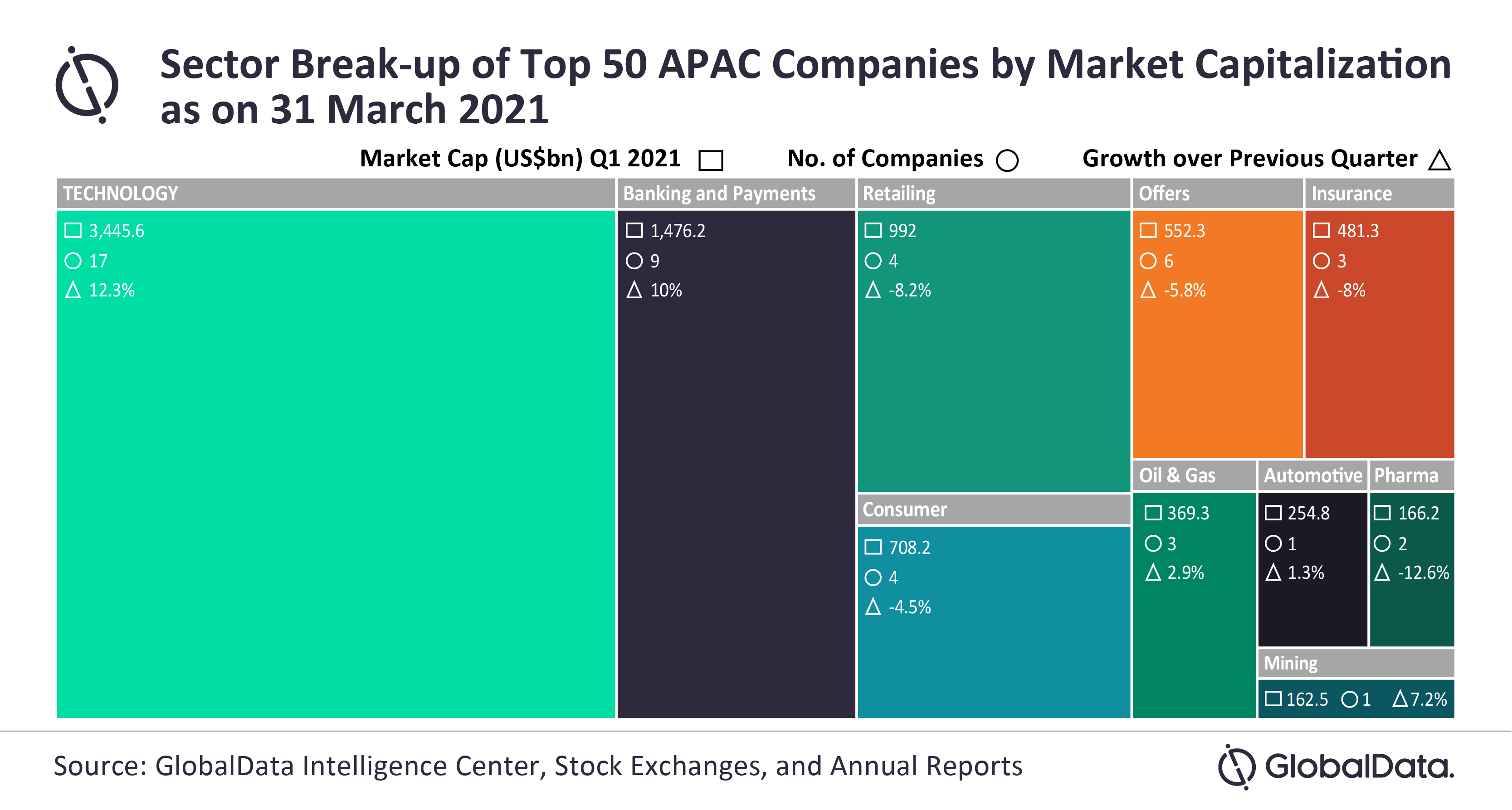 Mr. Grandhi concludes: “Despite the US sanctions on Chinese firms and weakening bilateral relations with the neighbouring countries, China’s export-driven economy helps in continuing its dominance in the global trade, which will place China ahead of other countries in the region.”