Despite skepticism over Chinese firms seeking partnerships or investments in the US and Europe, there are more venture capital (VC) investments in Chinese artificial intelligence (AI) startups than in their US counterparts, according to GlobalData, a leading data and analytics company.

An analysis of GlobalData’s Financial Deals Database reveals that China accounted for three of the top five VC funded companies in AI space in 2018 while the remaining two companies were American.

The two US-based companies that made it to the top five VC funded AI tech companies’ list in 2018 included Zoox and Pony.ai. Both the companies are active in the field of autonomous driving and machine learning.

Aurojyoti Bose, Financial Deals Analyst at GlobalData, comments: “Growing prominence of Chinese companies in this space can be largely attributed to the government’s vision to make the country a world leader in AI by 2030 and make the industry worth $150bn by 2030.” 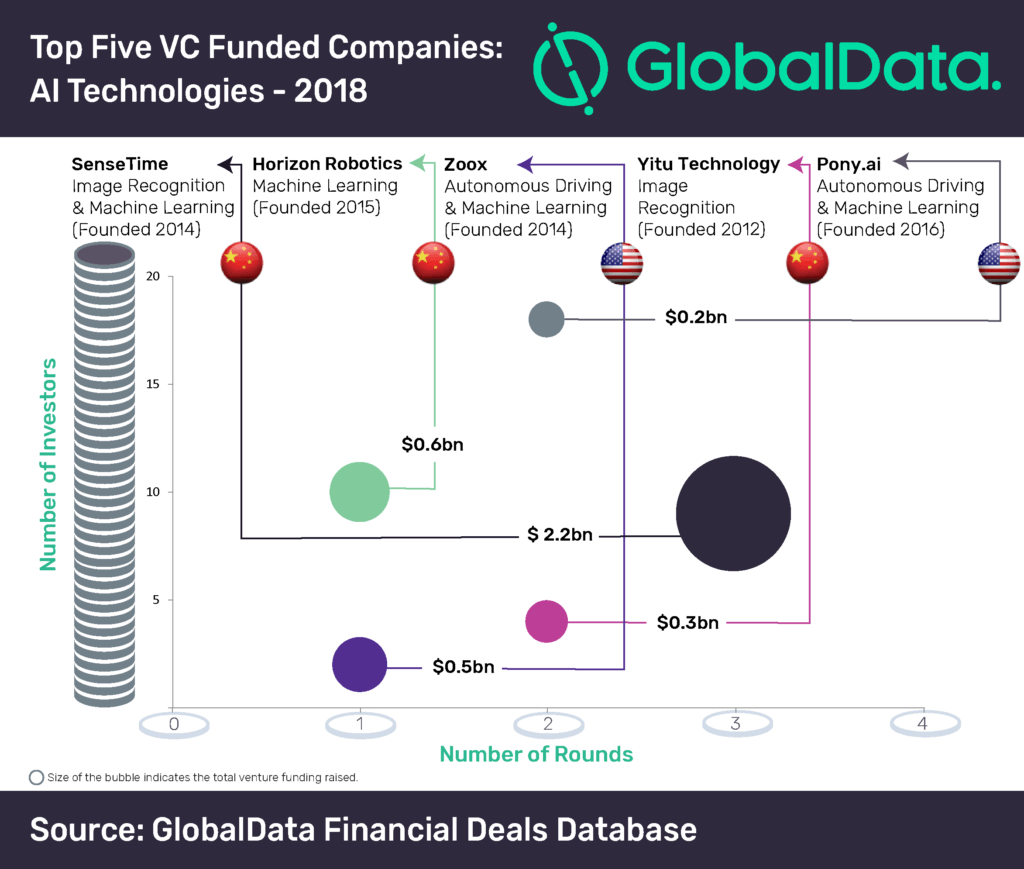 Bose concludes: “Globally, AI tech start-ups working in machine learning, autonomous driving and facial recognition space are getting lots of attention. These companies are increasingly spending on R&D/product development and are getting support from VC firms, considering the huge underlying opportunities in the AI space. Even the governments are promoting ecosystem, which is conducive to AI startups, and China is a prominent example for that.”