Climate Change has emerged as the most frequently mentioned theme among the world’s leading CEOs on Twitter, with 200% growth in conversations from the second quarter (Q2) to third quarter (Q3) of 2019, according to GlobalData, a leading data and analytics company.

An analysis of GlobalData’s CEO Influencer platform, which captures the discussions of over 300 global CEOs, pertaining to emerging trends, pain areas, innovations and other popular areas on Twitter, reveals that the current condition of climate crisis globally has a huge impact on economy, ecosystem, human health and agriculture.

Amandeep Gill, Influencer Research Head at GlobalData, says: “Any changes in climate can severely influence various business segments, as it results in the scarcity of resources, invariably making global markets to compete for resources and commodities. Therefore, sustainable development goals should be framed to not only support biodiversity and environment but also enhance the economic growth for future resilience, maintenance and productivity.” 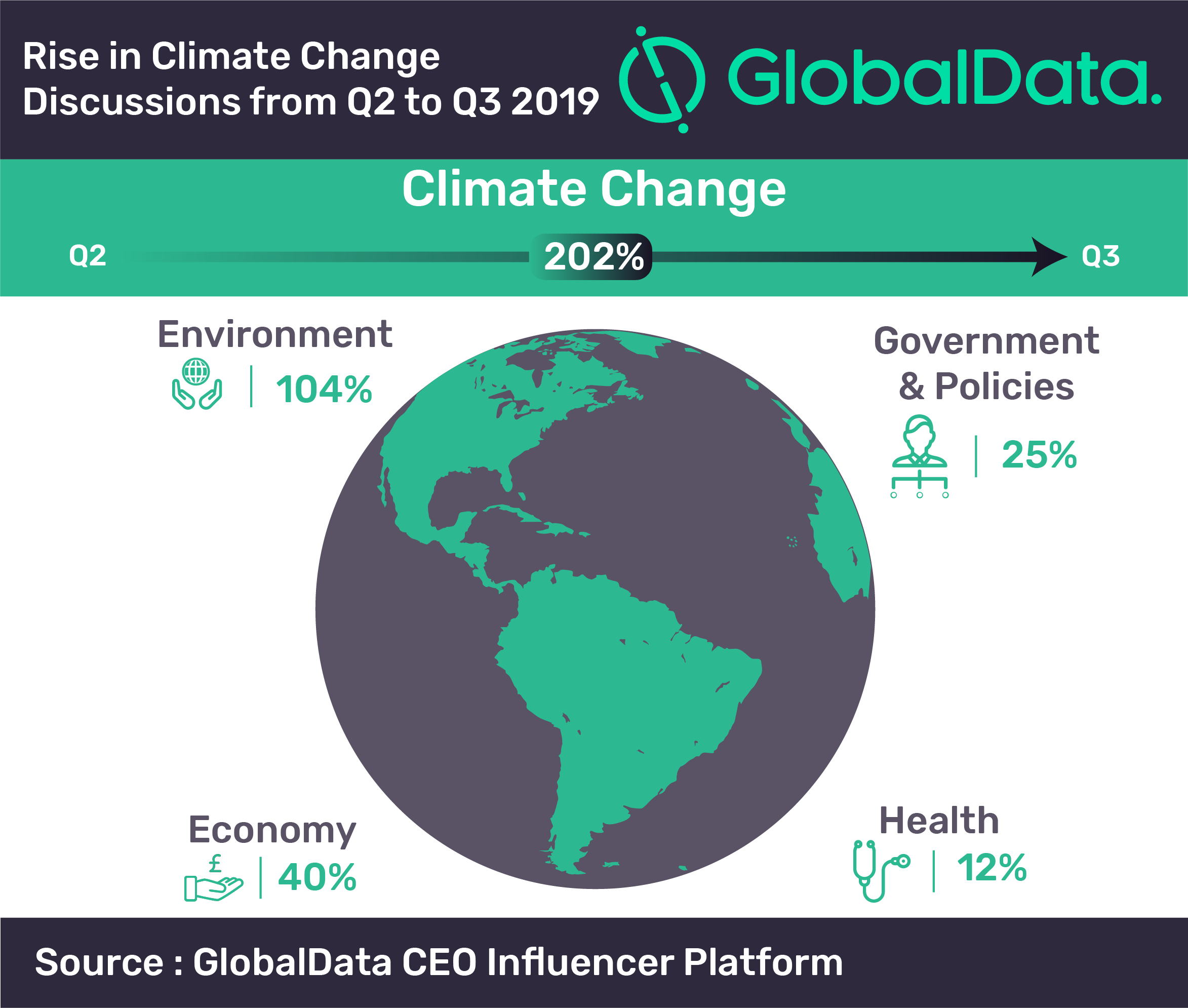 Discussions on Climate Change increased from Q2 to Q3 predominantly due to influencers discussing widely on its impact on environment, economy, government and health.

The Paris Agreement was one of the key trending topics amongst the influencers, as they were discussing on the major steps initiated by the United Nations on dealing with climate changing conditions. The influencers also discussed on countries such as China, India, the US and Indonesia, and implementing these protocols for the betterment of global climate conditions.

Gill concludes: “Business leaders are making progress on sustainability. Using their right leadership and correct business models, CEOs continue to nurture innovative and smart initiatives on global climate change as they understand that economic and environmental future depends on it.”