In February 2020, the National Steering Committee for Power Development presented a proposal to scale back the development of new coal plants owing to financial restrictions and local environmental concerns. Similarly, in March 2021, Japan’s ‘Mitsubishi Corporation’ announced its withdrawal from the development of 2GW coal-fired power plant owing to concerns over climate impact. 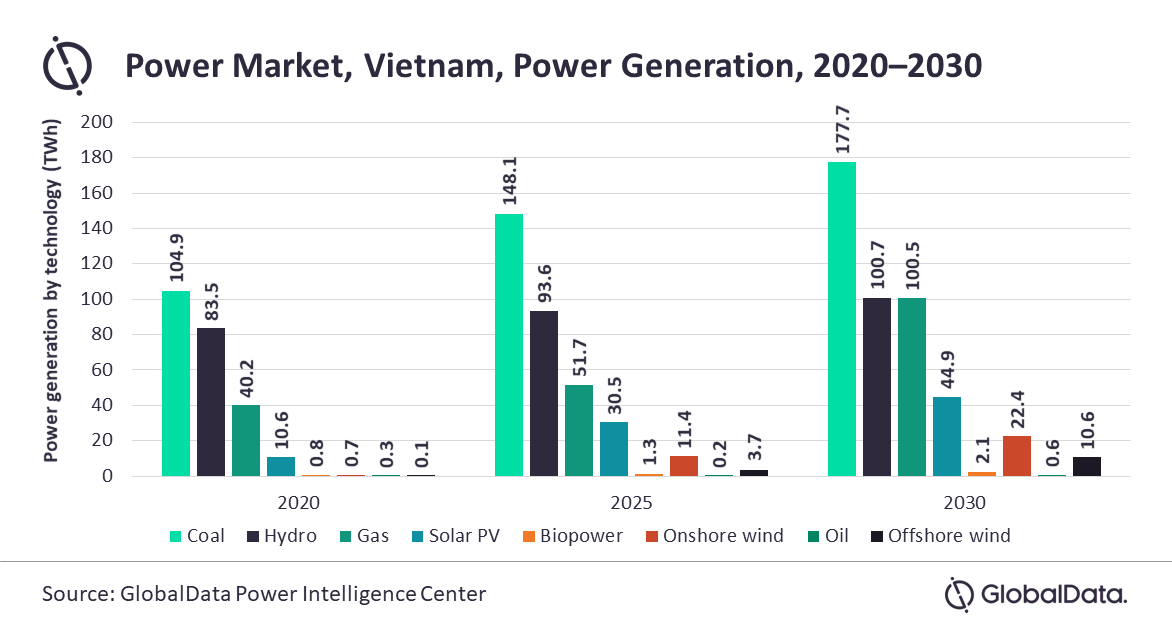 Aditya Sharma, Power Analyst at GlobalData, comments: “Vietnam has become one of the major industrial hubs in the Asia-Pacific (APAC) region. The country has already abandoned its nuclear power development plan due to financial issues. Moreover, hydropower generation has a very volatile nature threatened by lower rainfalls and a series of abnormal weather patterns in recent years.”

Although the government plans to significantly increase its renewable power capacity by 2030, it will not be enough to sustain the country’s growing demand. Rapid development of renewable power projects has led to grid overload owing to inefficient grid management and poor grid infrastructure resulting in the restriction of renewable power growth.

Mr. Sharma concludes: “As a result, Vietnam is increasing its coal-powered generation to sustain the growing demand. Within the last five years, Vietnam has turned from net coal exporter to net importer. Vietnam’s coal imports increased by more than 50% year-on-year in the first half of 2020.”