A total of 1,681 deals were announced in the Asia-Pacific (APAC) region during November 2020, which is a decline of 11% over the 1,888 deals announced during the previous month, according to GlobalData, a leading data and analytics company.

Aurojyoti Bose, Lead Analyst at GlobalData, comments: “November was the second consecutive month of decline in deal volume. The decline could be attributed to the fear of a second wave of COVID-19 in some of the key markets.” 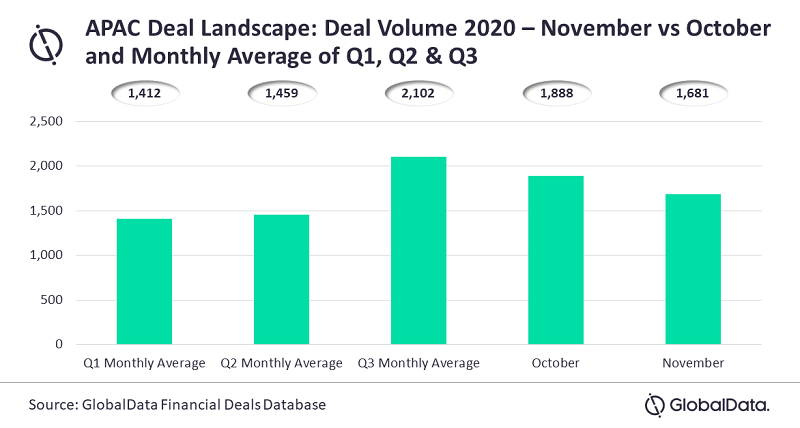 Deal activity remained inconsistent across different deal types. Merger and acquisitions (M&A) and partnership deals increased by 2.9% and 6.7%, respectively, during November compared to the previous month while the number of venture financing, equity offerings, debt offerings, private equity, and licensing agreements decreased by 7.2%, 15.9%, 22.4%, 26.8%, and 35.7%, respectively.