Despite the COVID-19 pandemic, venture capital (VC) investors continued to show confidence on promising start-ups in Q4. Early-stage funding rounds (comprising Seed and Series A funding rounds) continued to dominate the global VC funding landscape in terms of deal volume during the quarter, according to GlobalData, a leading data and analytics company.

The total number of deals with disclosed funding rounds announced during the last quarter of 2020 stood at 2,809 while the growth in deal volume kept fluctuating during the three months of the quarter. Deals count decreased by 12.8% from 1,017 in October to 887 in November before increasing by 2% to 905 in December. Despite the fluctuating trend, share of early-stage funding rounds remained around 70% during all the three months in Q4 2020.

Aurojyoti Bose, Lead Analyst at GlobalData, says: “Despite volatile market conditions, promising start-ups have been able to attract early-stage funding rounds. This is also a positive indicator for start-up ecosystem as investors are still seeing opportunity in innovation during these challenging times.” 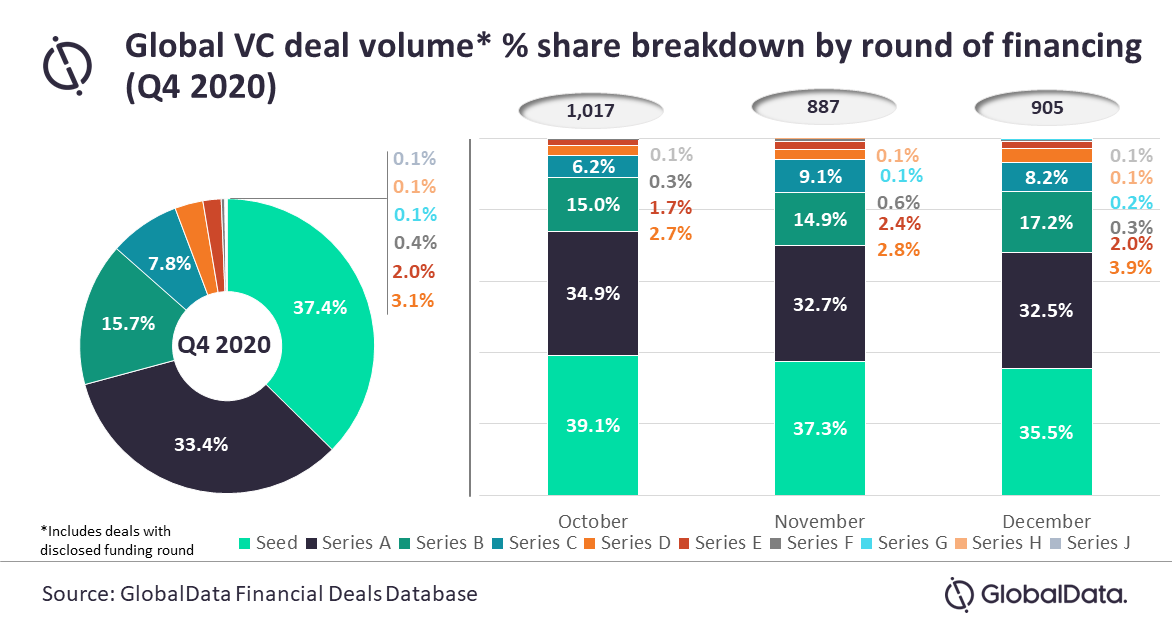 While most of the funding rounds’ share as a proportion of total deal volume kept fluctuating during the three months of Q4, the share of Series D funding rounds witnessed consistent growth from 2.7% in October to 2.8% in November and 3.9% in December.