Fear of second wave of COVID-19 in Australia

Australia’s initial response to the novel coronavirus was among the most successful worldwide. However, a recent increase in daily confirmed cases since the start of July has led to fears of a second wave of transmission and questions have arisen as to whether the original control measures taken by Australia were adequate, says GlobalData, a leading data and analytics company. 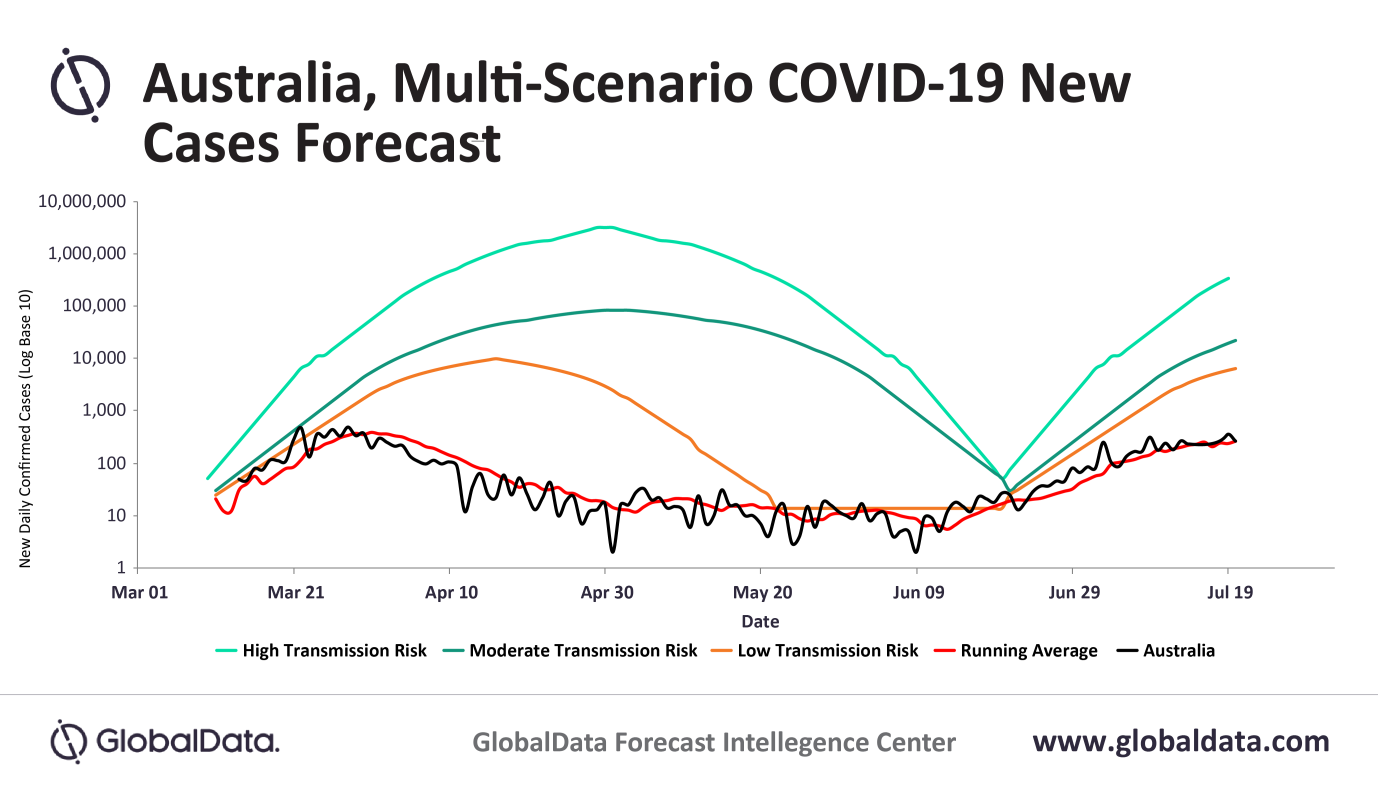 A three-scenario forecast model predicts that the magnitude of the second wave will be lower than the first wave.

Katie Wrenn, MPH, Epidemiologist at GlobalData, comments: “The vast majority of new emerging cases in Australia are seen in the state of Victoria, leading to lockdown measures being re-imposed in this region. Compared with the first wave, the second wave is more controlled, has a smaller number of infections and is already flattening out.”

The path that Australia follows in the coming weeks will provide insightful information as to the effectiveness of their current strategy or whether tougher measures should be introduced to eradicate the virus. The complete elimination of the virus throughout Australia is unlikely. However, if the number of cases is kept very low, flare-ups will be smaller and in turn easier to deal with.

Wrenn adds: “Australia’s trajectory demonstrates that countries that have suppressed the virus are not immune to a second spike in cases.  With many countries across the world, particularly those in Europe, easing lockdown measures, it is vital that attitudes do not become complacent and measures taken to prevent a second wave of infection are taken seriously.”

Hyperimmune globulin provides tantalizing treatment option in COVID-19, but faces competition from convalescent plasma
Antibodies against SARS-CoV-2 wane over time, suggesting immunity may be short-lived, says GlobalData
COVID-19 is causing a rise in the prevalence of depression in the UK
Pharma industry favors Joe Biden’s campaign despite his push for lower drug prices
Second wave of COVID-19 vaccines unlikely to be required to improve on protection data of first batch of authorized vaccines