Pakistan is a cash-dominated society. However, the concerted efforts by the central bank and other stakeholders are set to gradually push a shift towards electronic payments in the country and the total card payment value is expected to grow at a compound annual growth rate (CAGR) of 18.9% from PKR433.4bn (US$3.1bn) in 2019 to PKR867.7bn (US$6.2bn) in 2023.

GlobalData’s report, ‘Pakistan Cards & Payments: Opportunities and Risks to 2023’, reveals that the use of cash for day-to-day transactions remains prevalent in Pakistan, with cash accounting for 98.9% of the total payment transaction volume in 2019. 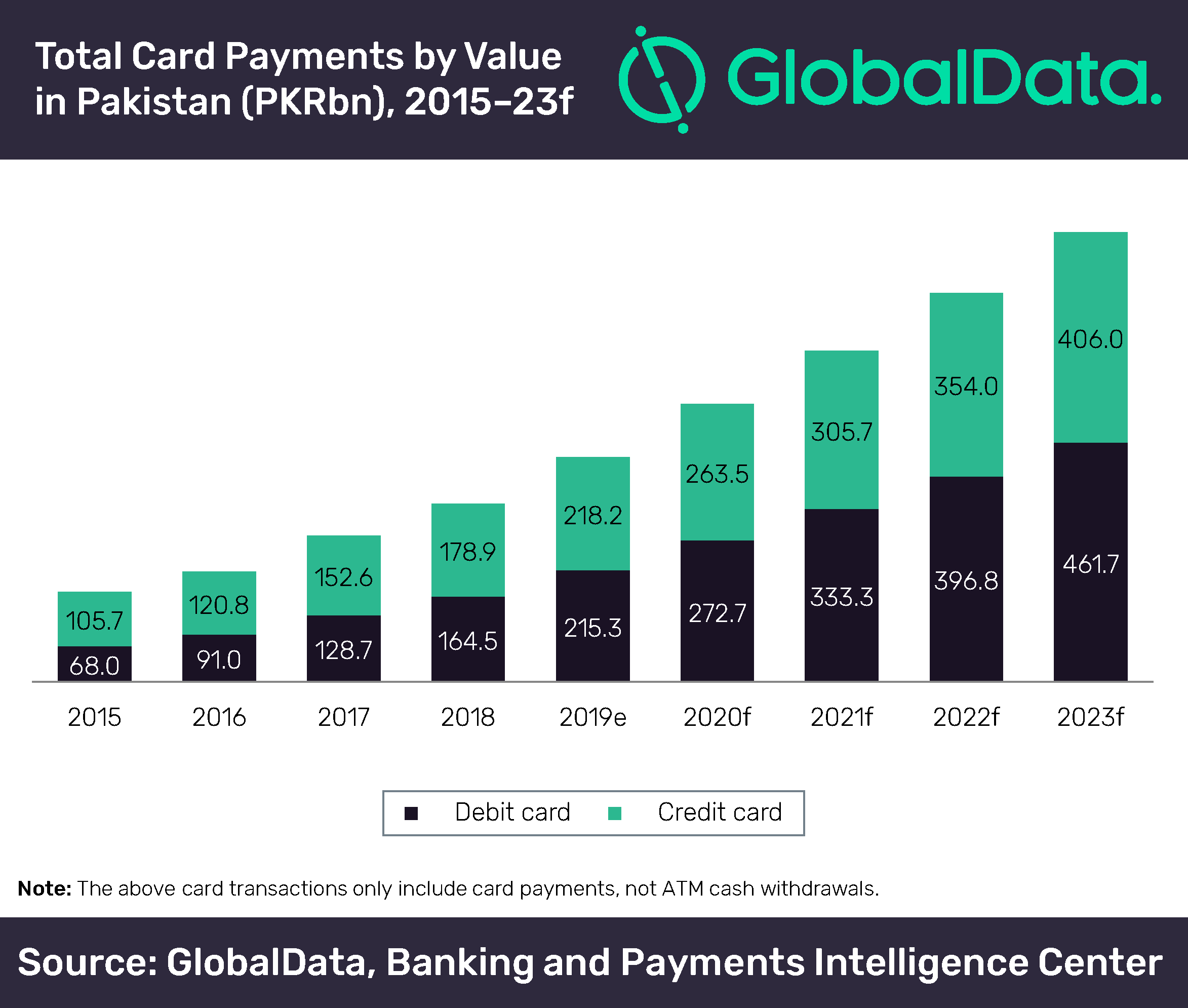 Against this backdrop, the government has been taking a number of initiatives in the last five years such as the launch of the National Financial Inclusion Strategy in May 2015, which aims to bring 50% of the adult population into the formal banking system by 2020. The availability of low-cost bank accounts, expansion of bank branches and agent network, ATM and point-of-sale terminal installations and increased financial awareness are the some other initiatives in this direction.

To offer secured card payments, the State Bank of Pakistan (SBP) issued a guideline in June 2016 making it mandatory for all card service providers to implement EMV standards on payment cards by 30 June 2018. The deadline was later extended to 31 December 2019.

To promote electronic payments, SBP partnered with the Federal Board of Revenue to launch an online tax collection system, allowing taxpayers to pay their taxes electronically via Internet banking or at ATMs. Later in September, SBP passed a regulation to prevent banks from charging transaction fees (including interchange fees and merchant discount rates) on electronic payments made to government bodies.

Sharma concludes: “These initiatives will drive the overall banking penetration in the country, which in turn will drive the demand for banking products such as saving accounts and debit cards, although cash will continue to dominate.”