Gas and renewable power are set to dominate Belgium’s power generation mix, following the phase-out of 7.2 gigawatts (GW) of cumulative coal and nuclear capacity by 2025. Gas-based capacity is set to reach 9GW in 2030, while renewable capacity (excluding hydro) will reach 18.1GW in 2030, according to GlobalData, a leading data and analytics company.

GlobalData’s latest report, ‘Belgium Power Market Outlook to 2030, Update 2019 – Market Trends, Regulations, and Competitive Landscape’ reveals that Belgium’s base-load capacity was being tackled by nuclear and gas power after phasing out their entire coal capacity of 1.2GW between 2012 and 2016. 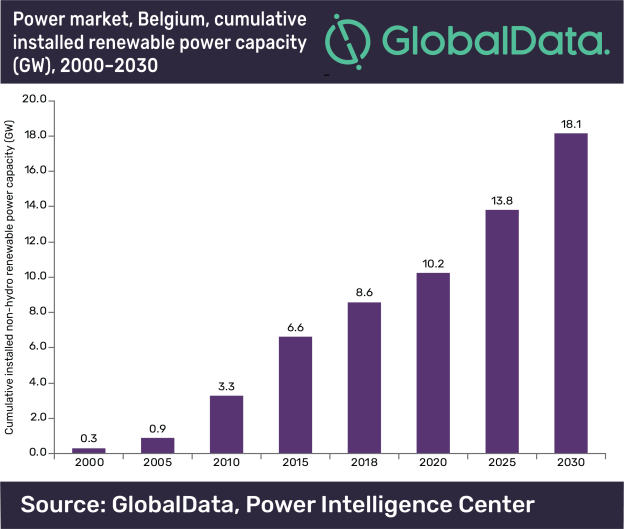 Arkapal Sil, Power Industry Analyst at GlobalData, comments “As renewable power is intermittent in nature, renewable expansion will also result in growth of the energy storage market to ensure a steady power supply and will cater to any rise in power demand in the country. In addition, the government is likely to introduce energy efficiency measures as an instrument of state policy to better perform demand side management.”

Sil concludes: “In this scenario, even if renewable power generation is inadequate, the rise in power demand can be managed through limited imports from the neighboring countries.”