After two consecutive years of flat growth, mainly due to lower ore grades and the production disruptions, the impact of COVID-19 on mining operations led to global copper production declining by 2.6% to 20.1Mt in 2020. Looking ahead, global copper production is expected to experience growth of 5.6% to 21.3kt in 2021, supported by mines returning to full production, as well as the ramp-up of new mines starting in 2021, according to GlobalData, a leading data and analytics company.

The majority of the impact occurred during the second and third quarters of 2020 when the production from the top 10 producers fell by a collective 3.5% and 2.4%, year-on-year (Y-O-Y), respectively.

Vinneth Bajaj, Associate Project Manager at GlobalData, comments: “Production in Chile is estimated to have declined by just 0.7% in 2020. While Chile was initially relatively unaffected at the start of Q2, with Codelco having to halt on-site construction activities at Chuquicamata and El Teniente, rising cases led to mounting pressure from workers and the temporary shutdown of Chuquicamata at the end of June.”

In Peru, although operating activities resumed at the end of May, COVID-19 restrictions severly disrupted mining activity, including at the Antamina mine, which was inactive during April and May and saw a 23.6% Y-O-Y decline in production during the first nine months of 2020. Freeport’s Cerro Verde mine was also idled for nearly three weeks between March and April, before progressing with an average production capacity of 90% during Q3. Overall, copper production in Peru is estimated to have declined by 13% in 2020.

In contrast, Indonesia’s copper production grew by 29.9% in 2020, owing to the commencement of the 7 phase at the Batu Hijau mine alongside the ramp-up of the Grasberg minerals district’s underground operations, which hosts the Grasberg open pit, the Deep Ore Zone, the Big Gossan and the Deep Mill Level Zone mine.

Meanwhile, the commencement of the Tominskoye and Deziwa mines boosted production in the DRC by 8.1%, while the closure of lower ore grades mines in China alongside delays in the expansion of new capacities restrained growth in China to just 0.2%.

Bajaj continues: “Key upcoming projects include the US$5.2bn Quebrada Blanca Phase 2 located in Chile. Teck Resources suspended construction activities, as part of the COVID-19 measures, between March and August, which is expected to have delayed the start date by up to six months. The project is now expected to commence operations in H1 2022. Other major expansions and new projects due to start in 2021 and 2022 in Chile include the Spence Growth Option (BHP) and expansion of El Teniente (Codelco), while the Kamoa-Kakula mine (Ivanhoe Mines) in the DRC is due to commence production in July 2021.

“In Peru, the Quellaveco and Rio Blanco are currently under construction and scheduled to begin operations by 2022 and 2023, respectively. The former will involve the construction of four separate camps to accommodate 8,400 workers, a tailings storage facility, water storage, pipeline system, and development of port infrastructure. The latter updated its environmental study in November 2020, with the relocation of its tailing dam and concentrator.” 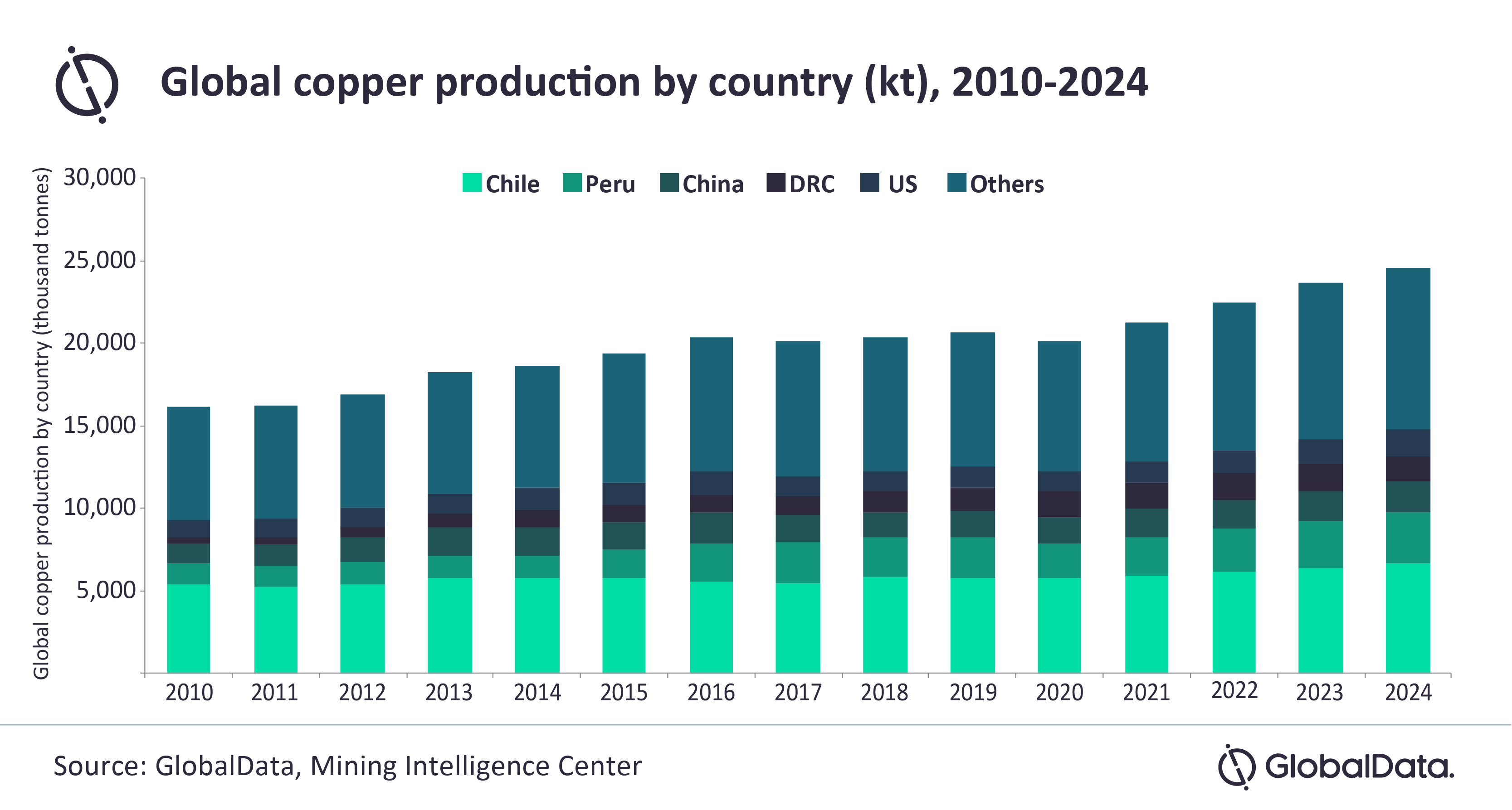