The number of deals announced globally mostly remained relatively steady in August compared to the previous month while deal volume increased marginally by 1% from 6,423 in July to 6,488 in August, according to GlobalData’s deals database.

An analysis of GlobalData’s Financial Deals Database revealed that the deal volume during the month remained above average levels in July, as well as the monthly average in the first and second quarters of 2020.

Aurojyoti Bose, Lead Analyst at GlobalData, comments: “Although slow, August represents the third consecutive month of deal activity growth. The slow growth could be attributed to inconsistent deal activity across different regions. Europe remained a weak spot as COVID-19 infections continued to rise again in several countries in the region. On the other hand, North America witnessed better growth in deal activity, while Asia-Pacific activity also grew – albeit at a slower pace.” 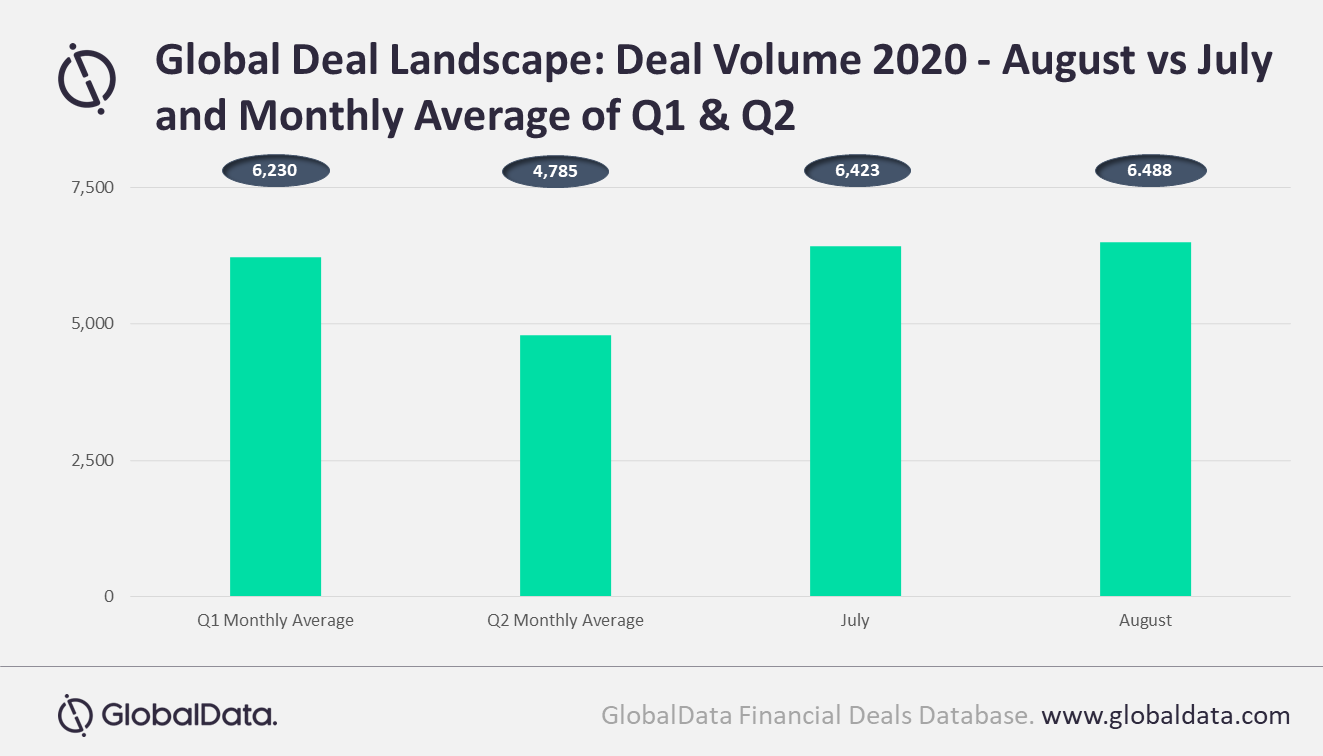 However, decline in these markets was offset, to some extent, by growth in deal activity in other countries such as the US and South Korea, which saw 18.6% and 16.4% growth, respectively.

Deal types such as mergers and acquisitions (M&A) and debt offering witnessed deal volume increasing by 7.6% and 17.3% while the number of private equity, venture financing, equity offerings, partnerships and licensing agreement deals declined by 6.5%, 7.7%, 6.1%, 8.9% and 17.8%, respectively.