The global distribution transformers market is estimated to grow at a compound annual growth rate (CAGR) of 2.25% over the forecast period (2019–2023) to reach $15.36bn in 2023, says GlobalData, a leading data and analytics company.

The company’s latest report, ‘Distribution Transformers Market, Update 2019, reveals that market growth can be attributed to government initiatives, evolving market dynamics and the asset life cycle. Grid development plans, renewable integration and reliability concerns over asset end-of-life are some of the common drivers of the market across various regions.

Nirushan Rajasekaram, Power Analyst at GlobalData, says: “Policies, economic and social factors, and environmental concerns are prompting the utilization of technologies and techniques that support low-carbon power generation. New grid networks are being constructed to sustain the growing demand for power and upgrades are being undertaken to enhance grid adaptability to rapidly altering market conditions. 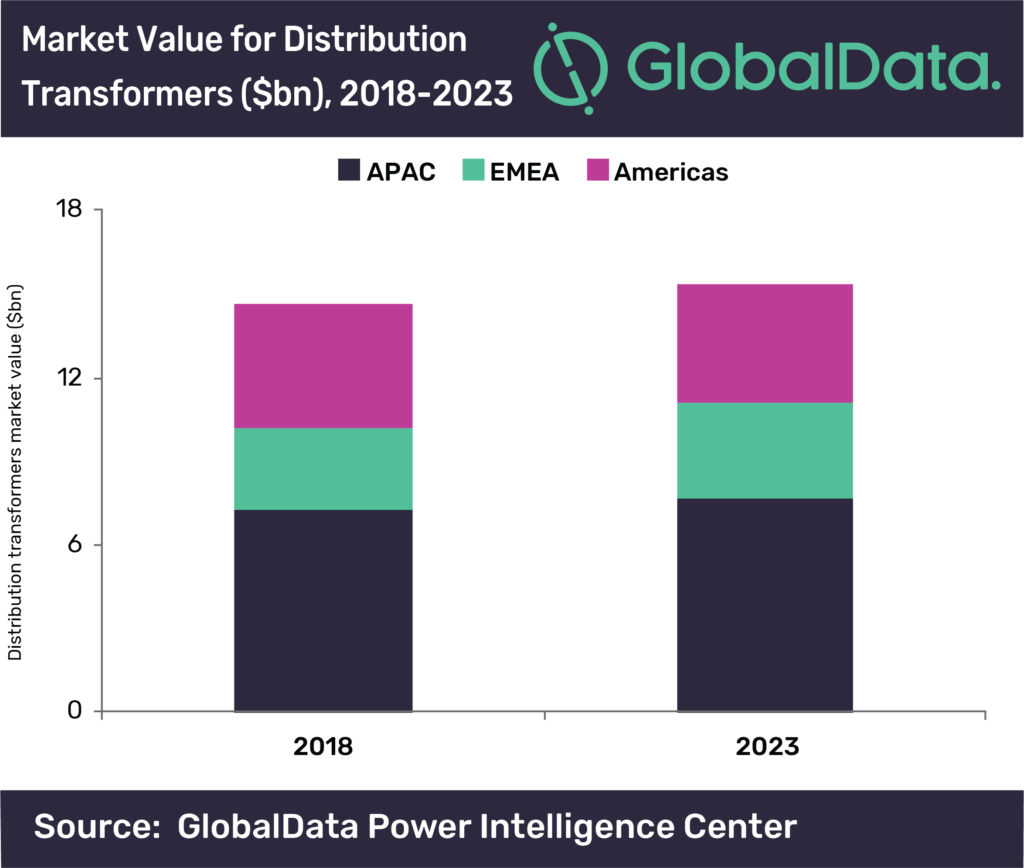 “The Asia-Pacific (APAC) region is the largest market for distribution transformers, driven by increased commercial activity and large requirements from China and India. National electrification programs, expanding renewable portfolios and large industrial bases are the primary factors influencing the market in China and India. Moreover, market reforms in other countries such as in South East Asia will result in new infrastructure development, thereby contributing to the regional market growth”.

A similar trend is expected in the Europe, Middle East, and Africa (EMEA) region, which is estimated to be the fastest-growing region, at a CAGR of 3.6% over the forecast period. The disparate market conditions across the region will see the more mature markets of Europe such as Germany and the UK focus on replacing aging assets to maintain reliability. Countries in Africa and the Middle East, with their progressive power sector reforms, will exhibit a huge demand for distribution transformers. In all, the move towards sustainability, economic diversification and integration of smart and distributed technologies will contribute to a strong market for distribution transformers within the region, with the market estimated to reach $3.48bn in 2023.