Driven by increasing prevalence of sinus node dysfunction in the ageing population, the global pacemakers market is expected to grow at a compound annual growth rate (CAGR) of 2% and reach $4.1bn by 2028, according to GlobalData, a leading data and analytics company.

The company’s latest report, ‘Pacemakers – Cardiovascular Market Analysis and Forecast Model‘, reveals that North America will grow at a relatively low CAGR of 1% due to alternative treatments and market saturation, whereas other regions will grow at an average of 2%.

Sheryl Tang, Medical Devices Analyst at GlobalData, comments: “The increasing prevalence of sinus node dysfunction in the ageing population is currently the largest driver of the pacemaker market, in addition to the low cost of the device compared to more advanced devices.’’

A large threat to the market growth is the alternative option of implantable cardioverter defibrillators (ICDs), which provide more advanced technology. 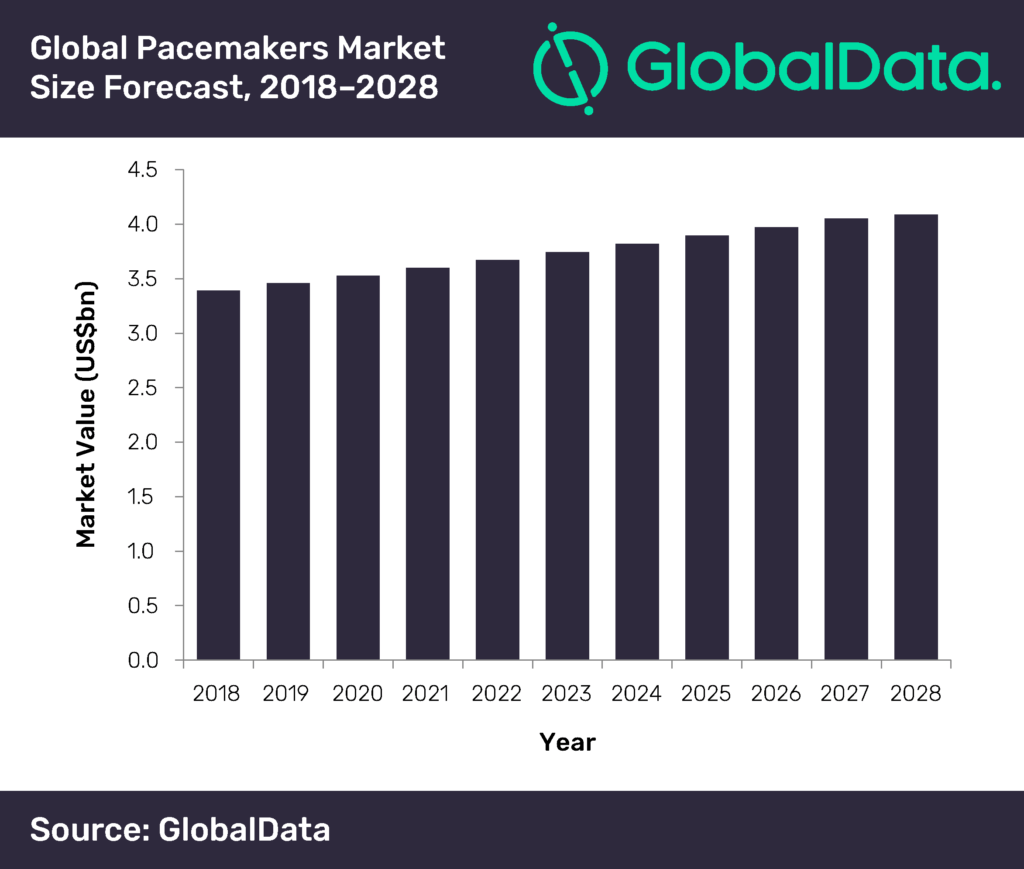 Tang concludes: “While pacemakers are a well-developed device with a long history on the market, the next opportunity in developed markets lies in leadless pacemakers in order to address complications associated with leads. For developing markets, there is still opportunity for growth as healthcare infrastructures improve and are able to serve more of the ageing population across the country.”