Microsoft’s cloud strategy seems to be paying dividends and winning over market confidence, as the American IT behemoth has overtaken Apple to emerge as the world’s most valuable company in the list of ‘Global Top 25 Technology Companies by Market Capitalization (M Cap)’ as of 31 December 2018, according to GlobalData, a leading data and analytics company.

GlobalData has used a number of key metrics including M Cap, revenue, price-earnings ratio (P/E), earnings per share (EPS), return on equity (RoE), return on assets (ROA), research and development as a percentage of sales (R&D/Sales) and operating margin to assess the financial health of each company in the top 25 list. 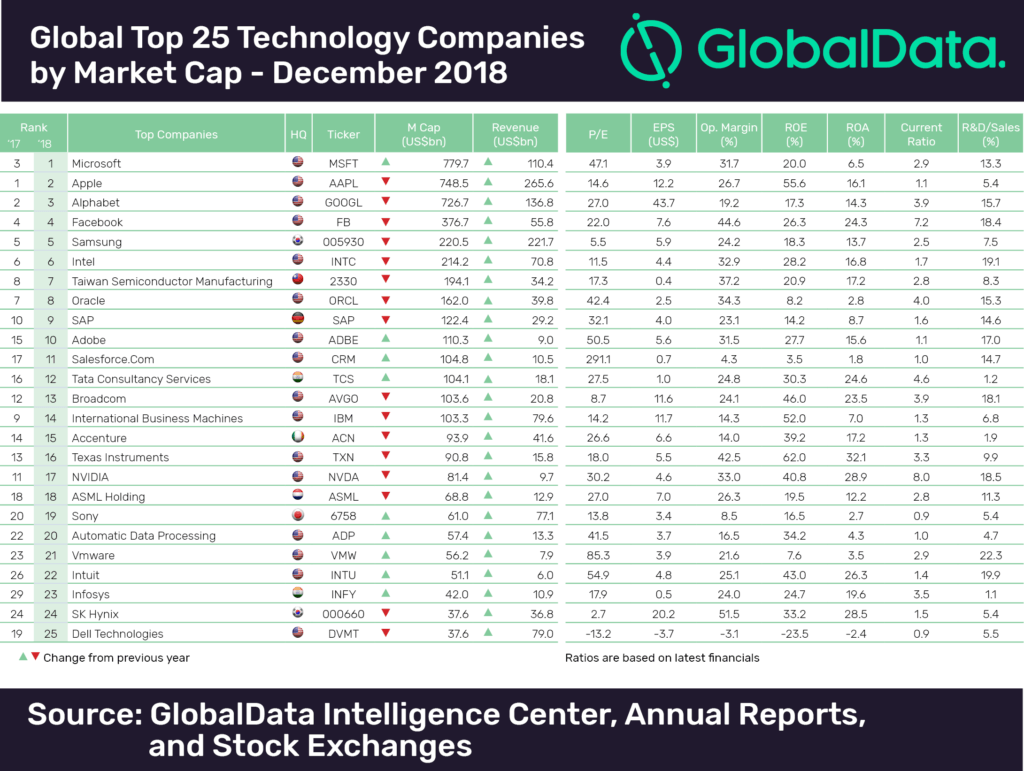 Keshav Kumar Jha, Companies Profile Analyst at GlobalData, comments: 2018 has been a successful year for major enterprise software companies, during which Microsoft, Adobe, Salesforce and VMware reported double-digit increase in their M Cap. IT services providers such as TCS, ADP and Infosys seemed to have impressed investors with over 10% increase in their M Cap. On the other hand, major semiconductor manufacturers including Intel, Samsung, SK Hynix, Taiwan Semiconductor and Texas Instruments reported a decline in their M Cap last year.” 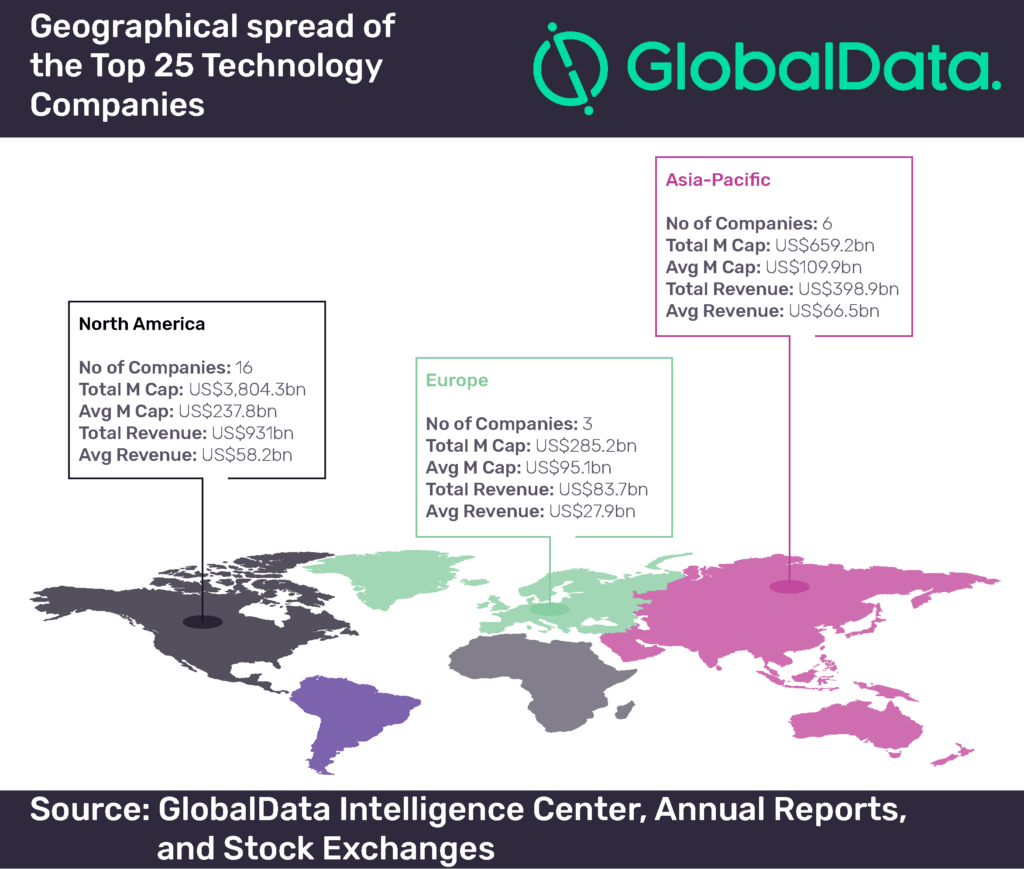 Jha continues: ‘‘With cash and short-term investment pile of US$7.1bn, NVIDIA leads the group in terms of liquidity with current ratio of 8. Of the top 25, 12 players reported current ratio of above average (2.7).”

GlobalData’s analysis reveals that optimistic investor sentiment helped the top 25 stocks to trade at an average P/E of 36.6. The consistently negative P/E ratio of Dell Technologies shows that the company failing to generate profit.
All the top players continued to focus on R&D activities, with an average R&D to sales ratio of 11.3%. Nearly 50% of the companies featured above this average.