GlobalData forecasts Afghanistan economy to contract within range of 12.4%-22.3% in 2021

The Taliban’s takeover of Afghanistan led to thousands fleeing the country, freezing of funds from multilateral organizations and halting of key development projects which is expected to have a grave impact on the country’s economy. Against this backdrop, GlobalData, a leading data and analytics company, revised its economic growth forecast for 2021 to -12.4% in a relatively optimistic scenario, -18.2% in the middle scenario and -22.3% in the worst-case scenario, from its April 2021 forecast of 4.0% growth.

Gargi Rao, Economic Research Analyst at GlobalData, comments: “Even though Taliban dominates the political scenario at present, they will not have access to US$10bn Afghanistan central bank reserves, which is held by the US. With multilateral agencies including EU, the IMF and the World Bank halting funds, it will further deter the growth prospects amid the COVID-19 pandemic.” 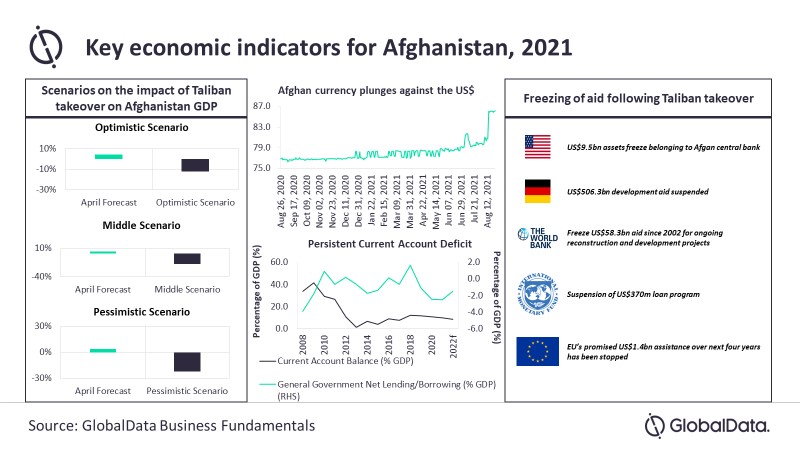 Ms Rao continues: “The country has been susceptible to years of political unrest and war. The ongoing COVID-19 pandemic has added to the fragility of the economy. Only 0.58% of the population has been vaccinated as of August 2021, according to Johns Hopkins tracker. Improper health systems, poor health infrastructure and insufficient funding remain major downside risks to health system in the country.”

Growing political unrest in Afghanistan threaten to raise geopolitical and economic risks to its neighbouring countries including Pakistan, Uzbekistan, and Tajikistan, which may witness large influx of refugees and potentially increase terrorist activity.

Following the political tensions, GlobalData finds that hiring activity has significantly reduced ever since the US withdrew its troops. Hiring reduced in consumer services and construction sectors, which usually post several jobs. 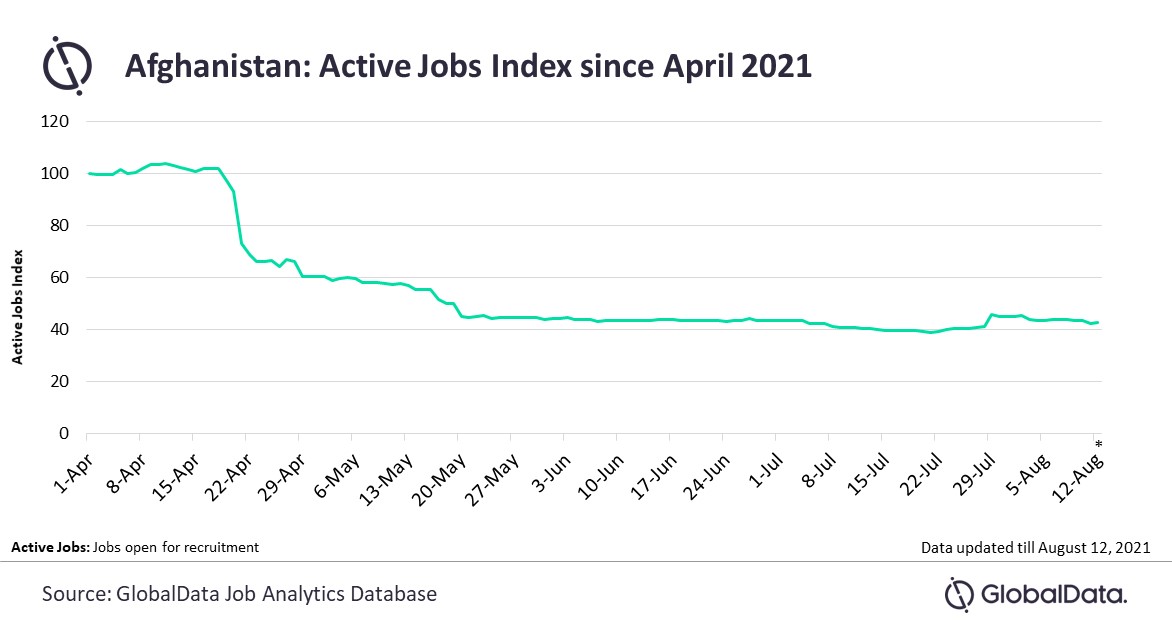 According to the US geological survey, the country has around US$1 trillion untapped resources as of 2021, with high deposits of copper, iron, cobalt, lithium- a key component in batteries. To reap the benefits of mining, the country needs to invest in industries, R&D in mining exploration techniques and develop skilled labor force. The political unrest dims the prospects over the medium term. 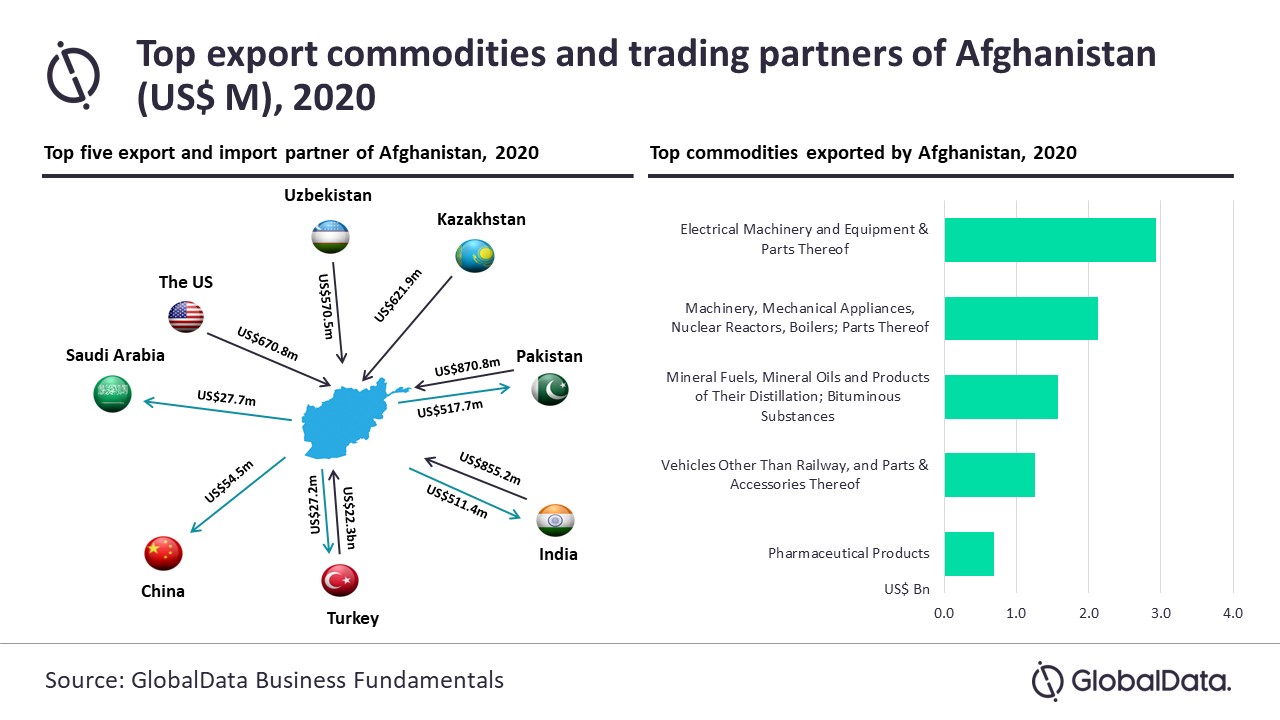 Mr Rao concludes: “Pakistan expects a more peaceful and stable Afghanistan, whereas China wants to gain access to untapped natural resources to spur its green economy plan. Under the Belt and Road initiative, China, Pakistan and Afghanistan would witness increase in investments and strengthen regional trade.”