Growth in production projected for Shell in 2019 to 2020, says GlobalData 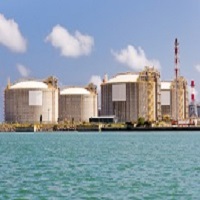 “We expect Shell to follow up a strong quarter with upstream growth in 2019 and 2020. In 2019 – 2020 Shell should see the benefit of output ramp ups in Australia and the Brazilian Pre-Salt, continued growth in the Permian basin, and start-up of Appomattox in the US Gulf of Mexico. Other major projects to look out for include final investment decision (FID) for the 600 million barrel (oil in place) Cambo field off the West of Shetland, plus expansion phases at the Mero (Libra Noroeste) oil field, offshore Brazil.

“2018 was a success story in the Americas, with strong production growth year-on-year from both North and South America, including approximately 36,000 barrels of oil equivalent per day (boed) additional production from the combination of newly producing Kaikias (deep water Gulf of Mexico) and Lula Extreme South (ultra-deepwater Brazil). This growth was offset by sales of interests in major producing assets such as Majnoon and West Qurna in Iraq, Bongkot in Thailand and Draugen and Gjøa in Norway. Natural declines in fields such as Bonga in Nigeria and lowered production from the giant Groningen gas field in the Netherlands also had an impact.

“In terms of exploration, discoveries were announced in the ultra-deep waters of Gulf of Mexico, Trinidad and Tobago as well as Gabon. In addition, significant acreage was secured in the United States, Norway, United Kingdom, deepwater Mexico and ultra-deepwater Brazil. Such investments emphasize Shell’s commitment to South America and sustained optimism for deep water exploration globally.

“In order for Shell to meet its target of divesting US$30 billion in assets, 2018 saw a pull back from a number of areas, particularly in the upstream sector. The sale of assets in Ireland, New Zealand and shares in Canadian Natural Resources exemplify the company’s strategy of reshaping and simplification. The company appears to have completed the US$30 billion target but are looking to divest a further US$5 billion in assets in 2019 and 2020. The exit of Denmark’s upstream sector where approximately 135 million barrels of oil equivalent (mmboe) of remaining reserves held by Shell is anticipated to be finalised in 2019.”