A number of Exploration and Production companies (E&Ps) have entered the offshore UK sector and created portfolios with above average remaining Net Present Value (NPV)/barrel of oil equivalent (boe) through project redevelopments and asset acquisitions, says GlobalData, a leading data and analytics company.

Of the companies with producing UK portfolios, the average remaining NPV/boe stands at approximately US$13. A number of companies are exceeding the average; companies with leaner, more select portfolios derived through acquisitions of late-life fields and redevelopment projects.

Daniel Rogers, Upstream Oil & Gas Analyst at GlobalData, commented, “A good example is Tailwind Energy, who entered the UK upstream sector through the acquisition of EOG Resources in 2018. As part of the deal, the company assumed full interest in the small but high value Conwy oil field which ramped up production in 2018 and is on track to produce for another 10 years. In addition, the Gannet E Redevelopment achieved first oil in 2018 and is set to account for roughly 50% of Tailwind’s production this year.” 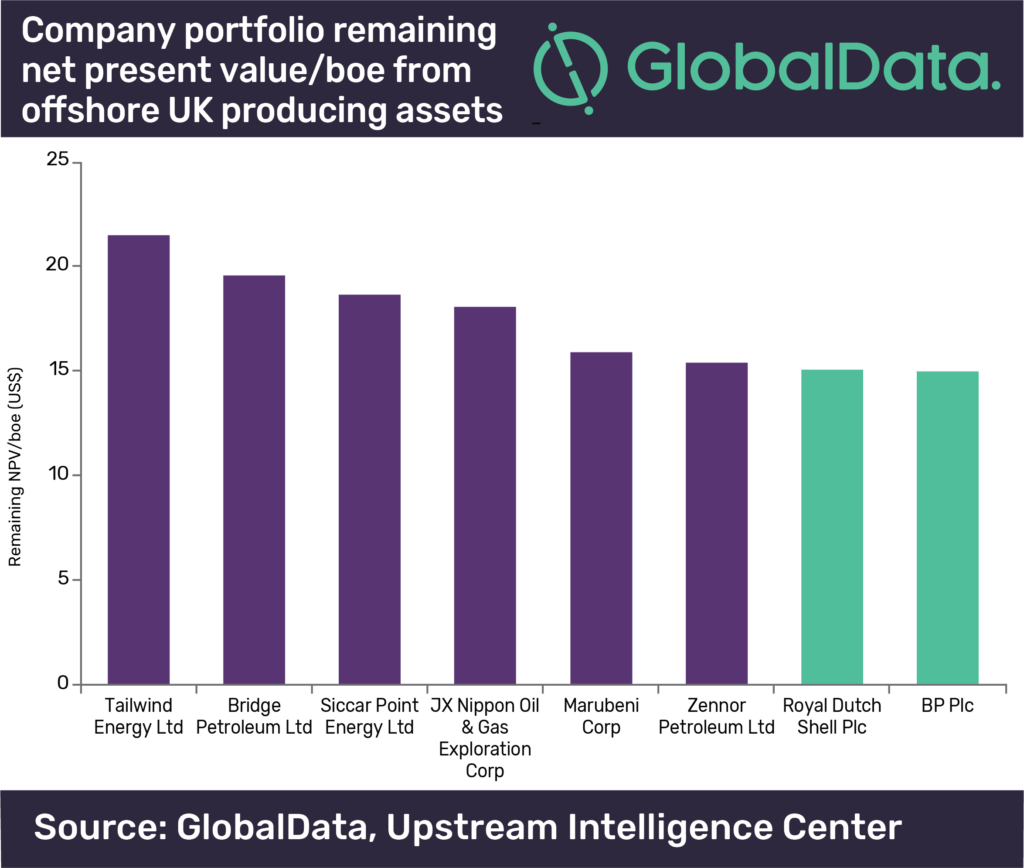 Recent value creation on a field level has been realised through redevelopment programmes, such as Gannet E., Loyal, and Schiehallion. Ramp up of Schiehallion field production since re-start in 2017 has hit levels not seen from the field since 2004, whilst Gannet E could produce a further 20 million barrels of oil equivalent (mmboe) having been disregarded by its previous operator.

Rogers continued, “Cheviot and Galapagos redevelopment projects remain in the pipeline and are being undertaken by small, more recent North Sea entrants. As final investment decisions have yet to be concluded, project execution remains questionable, however Bridge Petroleum are hoping to unlock over 200 mmboe from the Galapagos Redevelopment and Alpha Petroleum are aiming for first oil at Cheviot in 2021.”

GlobalData’s research identifies recent late-life field handovers such as Magnus, Mallard and Boa, which have resulted in production growth through successful field rejuvenation.

Rogers added, “What is clear from previous and ongoing examples of late-life field handovers is that production is boosted in the short term, either through the drilling of new wells or infrastructure efficiency upgrades and brings much wanted cash flow without exploration risk. Over the longer term, however, production often returns fairly rapidly to pre-investment levels, emphasizing the challenge of longer term production sustainability and the eventual bill of decommissioning.”