Low value deals (investment <=$10m) accounted for a dominant share in venture capital (VC) investments in the artificial intelligence (AI) tech space during 2018. However, the number of high value deals (investment >$100m) also witnessed consistent increase across all the quarters, according to GlobalData, a leading data and analytics company.

The number of VC deals with value up to $10m accounted for 64% share of the total deal volume. In total, 569 such deals worth $2.1bn took place during 2018, with majority of them in early (seed and start-up) funding stage.

Within <=$10m range, deals valued between $1m-$5m accounted for the largest share during the year. All the four quarters featured maximum number of deals in this range across deal value ranges. Interestingly, there has also been a consistent increase in the number of high value deals during the year, from just two deals in the first quarter (Q1) to 11 such deals in the fourth quarter (Q4). 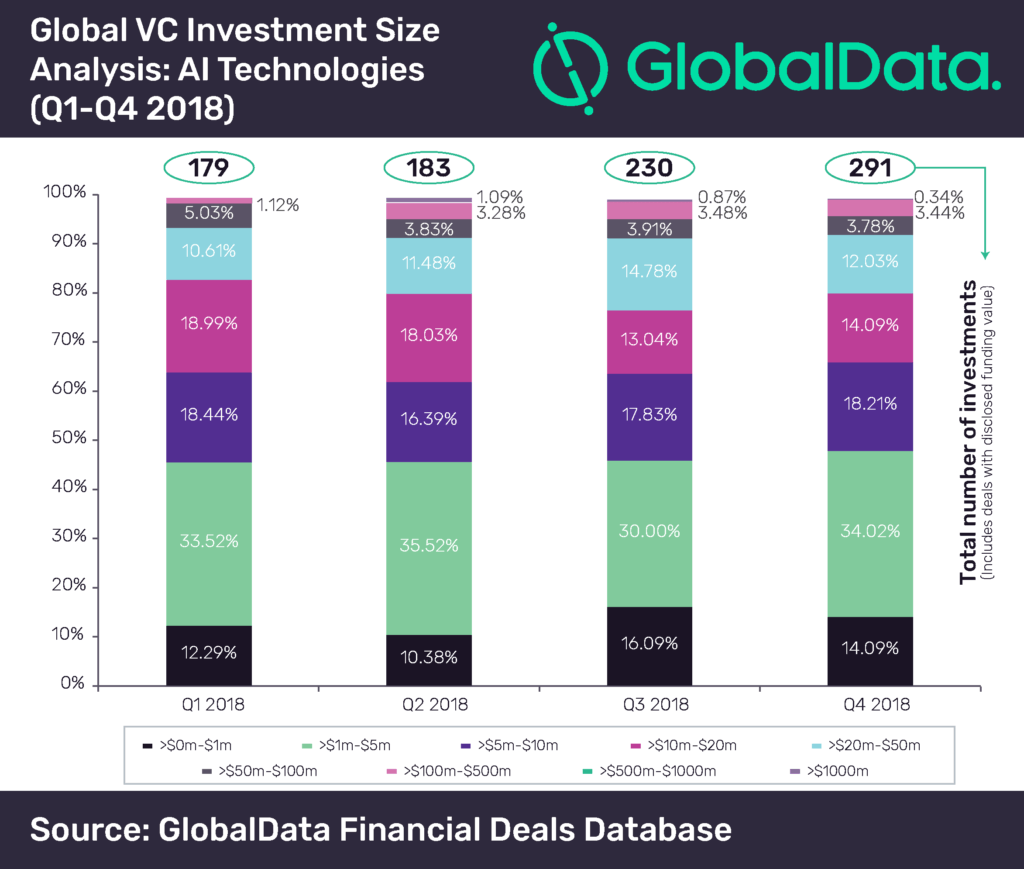 Q2 2018 witnessed a jump in both deal count and value as compared with the previous quarter. In total, AI tech companies raised ~$4bn through 183 deals during the quarter. Roughly 62% of the deals were low value deals, however, the top eight deals accounted for ~50% of the total deal value during the period.