Morgan Stanley and Ernst & Young have emerged as the top financial advisers for mergers and acquisitions (M&A) by value and volume, respectively, in Asia-Pacific (APAC) for Q1-Q3 2020. A total of 5,298 M&A deals were announced in the Asia-Pacific region during the period, according to GlobalData, a leading data and analytics company.

Aurojyoti Bose, Lead Analyst at GlobalData, comments: “Morgan Stanley was the lone adviser to surpass US$100bn mark and simultaneously occupied second position in terms of volume. Surprisingly, Ernst & Young, which led in terms of volume, failed to even cross US$10bn mark due to involvement in low value transactions. 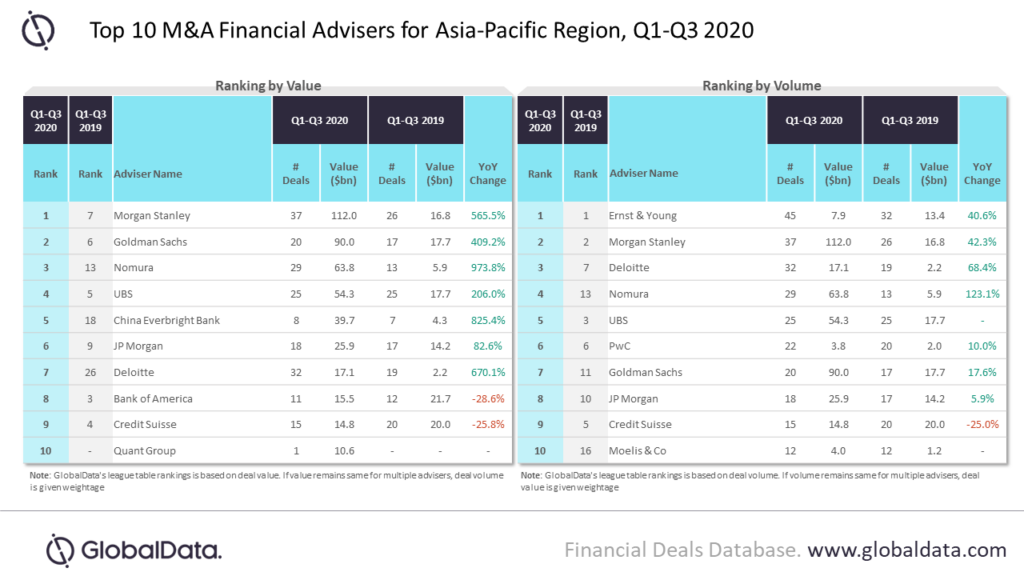 Morgan Stanley occupied second position by volume, followed by Deloitte with 32 deals of worth US$17.1bn.

Nomura occupied the top position by value and volume in the key Asia-Pacific market, Japan.