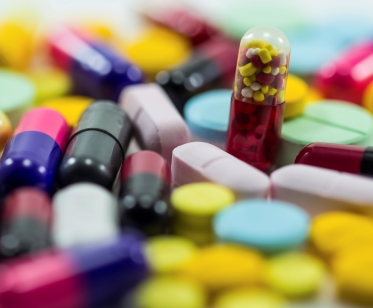 The non-alcoholic steatohepatitis (NASH) space across the seven major markets of the US, France, Germany, Italy, Spain, the UK, and Japan, is set to rise from $618 million in 2016 to around $25.3 billion by 2026, representing a very rapid compound annual growth rate of 45%, according to GlobalData, a recognized leader in providing business information and analytics.

The company’s latest report states that major drivers of this impressive growth include the rising rate of obesity and diabetes globally and the launches of multiple late-stage pipeline products, which will transform the market from one dominated by the use of off-label generics to a burgeoning, competitive space.

Lakshmi Dharmarajan, Ph.D., Managing Healthcare Analyst for GlobalData, explains: “Currently, the NASH market has no approved therapies and is dependent on off-label agents that only offer sub-optimal safety and efficacy outcomes to patients. However, despite NASH drug developments being historically slow, several companies developing late-stage pipeline drugs for the disease have been actively employing strategies to identify biomarkers in recent years.”

GlobalData believes that most of the pipeline drugs in late-stage development for NASH are superior to the standard of care, vitamin E, and other off-label therapies in terms of the clinical and commercial profiles. The initial uptake of the drugs will be slow, due to their high cost and reimbursement issues. However, towards the end of the forecast period, it is expected that these drugs will displace current treatments, driven by the launch of biomarkers. These biomarkers will work in multiple ways, by identifying the target patient pool and by predicting treatment outcomes, both essential in demonstrating the pharmaco-economic value of the new agents to payers.

Dharmarajan continues: “Due to their different mechanisms of action, it is also expected that each of the pipeline drugs will have a place in treating a specific segment of the heterogeneous patient population, so the NASH market is likely to be highly fragmented, with each drug garnering a small share of the total market.”

By 2026, the vast majority of global sales for NASH treatments will come from drugs that are currently in the pipeline. Among these drugs, Gilead’s selonsertib, Intercept’s Ocaliva, and Genfit’s elafibranor will be the highest revenue earners, accounting for around 29%, 22%, and 21% of 2026 global sales for the pipeline drugs, respectively.

Information based on GlobalData’s report: OpportunityAnalyzer: NASH – Opportunity Analysis and Forecasts to 2026.