Installed non-hydro renewable power capacity in the Philippines is expected to register a compound annual growth rate (CAGR) of 11.2% between 2018 and 2030 with support from the government, according to GlobalData, a leading data and analytics company.

GlobalData’s latest report, ‘Philippines Power Market Outlook to 2030, Update 2019 – Market Trends, Regulations, and Competitive Landscape’, reveals that the growing economy has led to an increase in electricity consumption, which is expected to increase at a CAGR of 6.5%, from 81.7 terawatt hour (TWh) in 2018 to 173.9 TWh in 2030.

The industrial and residential sectors have been the largest in terms of electricity consumption. The rapid growth in consumption may cause demand to outstrip supply, despite the capacity from the ongoing and planned power projects is forecast to increase.

Harshavardhan Reddy Nagatham, Power Industry Analyst at GlobalData, comments: “Growing population is driving electricity consumption in the Philippines. As a result, new investment in capacity addition is urgently needed. Peak demand has been increasing annually and a lot of new operational capacity is expected to be unlocked in the near future.”

One of the major avenues of investment is expected to be in the field of renewable energy. In order to reduce its dependence on imported fossil fuel, the Philippines government is promoting the development of renewable power capacity. Net-metering of rooftop solar installations is also being bolstered. 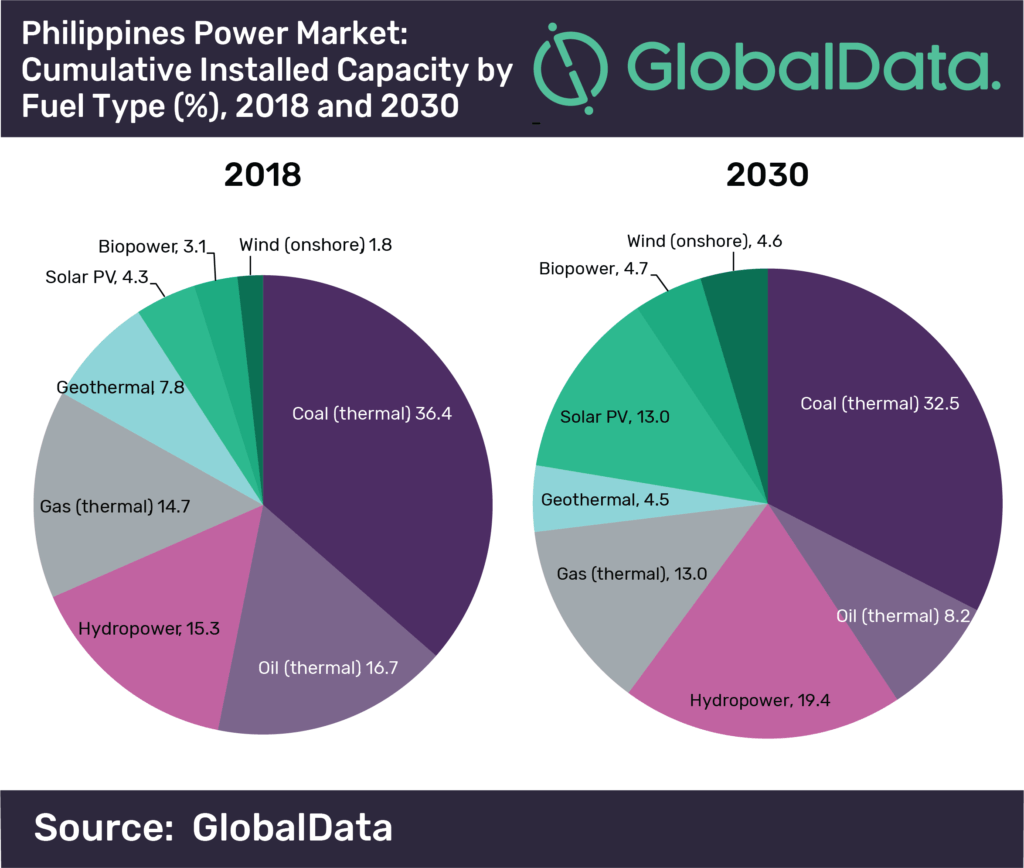 The share of thermal power in the total installed capacity is set to decline from 67.8% in 2018 to 53.7% in 2030, which is expected to be compensated by an increase in non-hydro renewable energy sources with their share expected to increase from the current 16.9% to 26.9% in 2030.

Nagatham concludes: “Net-metering currently has low adoption in the Philippines, but can play a major role in increasing renewable power capacity in the country and in helping with the supply security. Creating awareness among the public and businesses to embrace the technology and encouraging the adoption of solar and other renewable power technologies among institutional power consumers will go a long way in achieving the country’s energy independence and security.”