Global venture capital (VC) funding volume continued to decline during the last quarter (Q4) of 2020 with inconsistent activity across most of the regions. However, North America continued to attract the highest number of VC investments during the quarter, according to GlobalData, a leading data and analytics company.

North America accounted for 37.9% of global VC investment volume in Q4 2020, followed by APAC with 33.5% and Europe with 23.2% share. Middle East and Africa, and South and Central America garnered 4.2% and 1.3% shares of VC investment volume, respectively.

Aurojyoti Bose, Lead Analyst at GlobalData, says: “While the deal activity across all regions remained inconsistent, the onset of the COVID-19 vaccination appears to be instilling some confidence.” 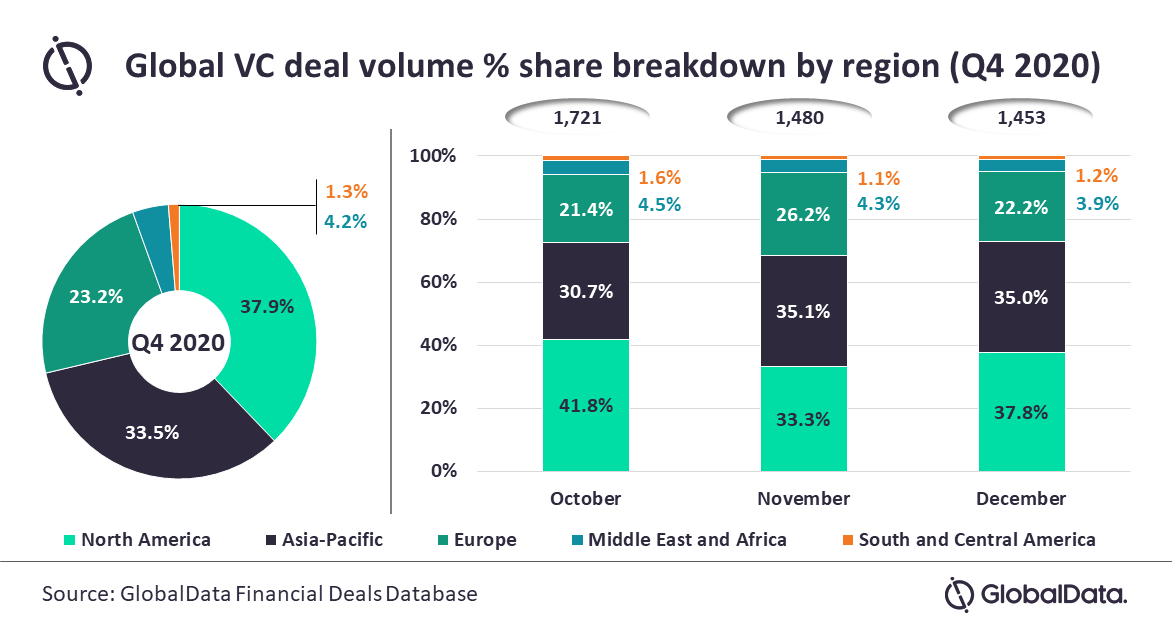 Though North America managed to account for the highest share of deal volume during Q4, the region also experienced fluctuating funding trend during the months in the quarter. It experienced a dip in VC funding volume from 720 deals in October to 493 deals in November, but bounced back strongly with 549 deals in December.

Bose adds: “Akin to North America, VC funding activity continued fluctuating across other regions also. However, out of all the regions, APAC remained relatively resilient. It was the only region to maintain VC funding deal volume above the 500 mark during all three months in the quarter.”