North America continued to attract the major chunk of global venture capital (VC) funding during the third quarter (Q3) of 2019, according to GlobalData, a leading data and analytics company. 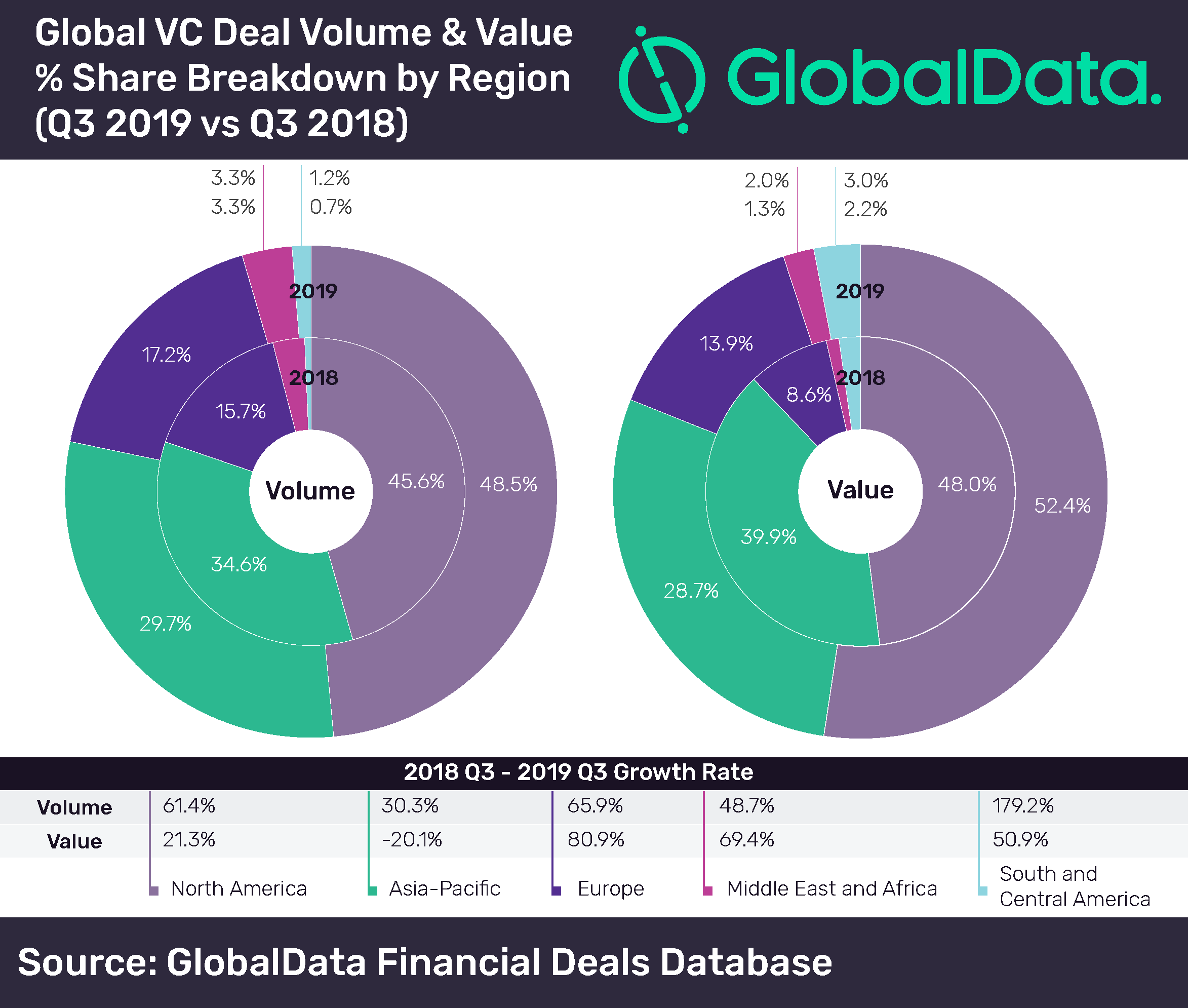 North America witnessed 61.4% growth in VC investment volume and 21.3% growth in value in Q3 2019 compared to Q3 2018, primarily driven by increase in VC funding activity in the US.

The US witnessed announcement of several US$100m+ deals during Q3 2019. Some of the notable deals include US$785m raised by JUUL Labs, US$400m raised by Knotel and US$370m raised by Urban Compass.

Europe registered 80.9% growth in VC investment value in Q3 2019 as compared to Q3 2018, which was the highest among all the regions. It also reported the second highest growth in the number of VC investments.

Aurojyoti Bose, Lead Analyst at GlobalData, comments: “Europe’s strong VC funding activity amidst uncertainty around Brexit is noteworthy and can be attributed to several countries other than the UK also gaining significant investors’ attention.”

Some of the notable VC deals announced in Europe during Q3 2019 include US$560.9m raised by German firm FlixMobility; US$550m raised by the UK-based Babylon Health; and US$130.7m raised by the Netherlands-based AM-Pharma.

VC funding activity remained relatively weak in APAC as compared to other regions during Q3 2019. Despite registering an increase in the number of VC investments, the region witnessed decline in VC investment value. APAC’s VC investment volume growth was also the lowest among all the regions.

Bose concludes: “Economic slowdown and ongoing trade war with the US caused VC investors to be cautious while committing large investments in China.

“As economic and geopolitical uncertainty, trade war among different countries and uncertainty around Brexit are unlikely to abate soon, VC investors will continue to remain cautious while making investments over the next few quarters.”