Number of contactless cards in Australia set to reach 68.9 million by 2023, says GlobalData

Australia is one of the most highly developed contactless markets in the world, with the majority of consumers having access to a contactless card. Against this back drop, the number of contactless cards in the country is set to increase from 59.6 million in 2019 to 68.9 million by 2023, says GlobalData, a leading data and analytics company. 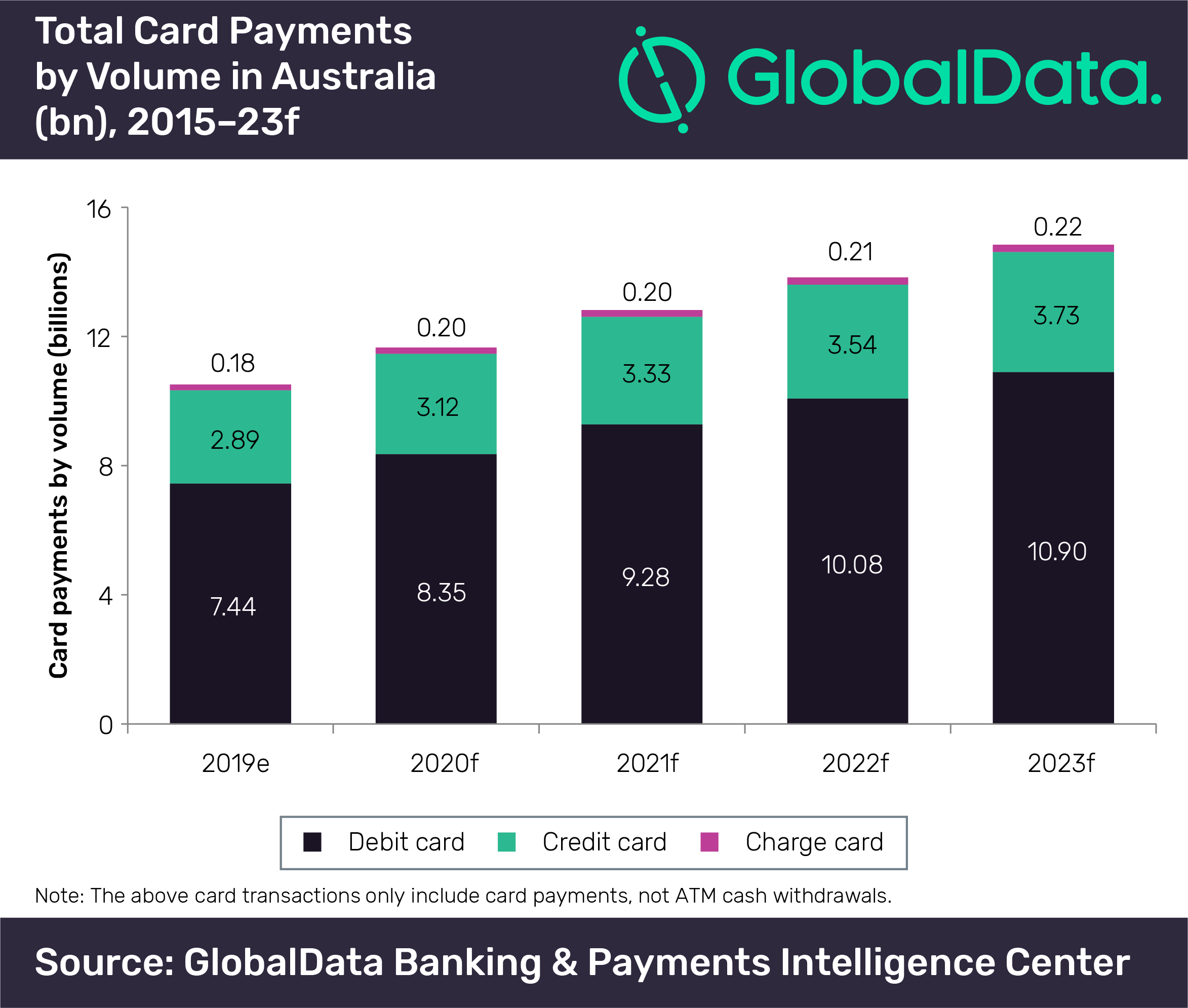 Ravi Sharma, Senior Payments Analyst at GlobalData, comments: “The growth in the market has been fueled by the government policies to promote electronic payments, wider merchant acceptance and improved payment infrastructure.

“Australian consumers and financial institutions alike have embraced the technology, which has become the mainstream payment option at retailers, restaurants and events. The country’s leading banks offer contactless payment cards.”

Contactless awareness is extremely high in Australia, with only 13% of consumers claiming to have never heard of contactless cards, according to GlobalData’s 2019 Banking and Payments Survey.

The increasing adoption of contactless cards encourages Australians to switch away from cash, especially for lower-value transactions. Overall, the number of card payments in the country grew significantly from 6.6 billion in 2015 to 10.5 billion in 2019, and are expected to reach 14.9 billion in 2023. The share of cash in the overall payments volume is also expected to decline from 36.5% in 2019 to 24.4% in 2023.

Meanwhile, the technology is also increasingly being adopted for public transport systems. In March 2018, contactless payments were introduced for ferry and light rail services in Sydney. The service was later extended to Sydney trains in November 2018 and was made available on the city’s buses in the following July. Commuters can make payments by tapping contactless debit and credit cards, supported mobile wallets and wearables against contactless readers.

The Australian government is now encouraging merchant acquirers to introduce least-cost routing functionality for contactless debit card transactions. This enables merchants to route the transactions via the Electronic Funds Transfer at Point of Sale (EFTPOS) network at lower costs.

Sharma concludes: “The gradual shift of Australian consumers from low-value cash transactions to payment cards, helped by lower card acceptance costs, will further drive contactless payments. These are likely to be complemented by NFC mobile wallets and wearables.”