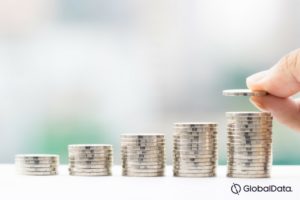 Wealth managers need to start thinking about the source of future income by paying attention to the inheritors of the wealth.

According to GlobalData, 35% of world’s millionaires are already over the age of 60, and with a third of wealth managers not offering any inheritance planning services; they risk being significantly exposed to losing business in the coming years. Inheritance planning services are not a major concern for wealth managers. Wealth managers and private banks need to ensure they understand not only the needs of their HNW clients, but also of their family members – future inheritors even if they are less wealthy at the moment.

It is understandable why wealth managers target HNW and UHNW segments, as it allows them to achieve the highest margins, hence why the largest providers have been increasingly focusing on the wealthiest and raising minimum account thresholds. GlobalData’s figures show that although millionaires account for just 0.2% of global adult population, they hold more than 30% of world’s investable assets. “According to our Global Wealth Managers Survey, more than a half of HNW wealth is booked in discretionary mandates”, says Bartosz Golba, GlobalData’s Head of Wealth Management. “While regional preferences vary, in general HNW investors reach out to advisors to save time and benefit from expertise of professionals they have been working with. Wealth managers can cash in on this relationship”.

“However, as the HNW population is aging, we are on the verge of what is likely to be the largest intergenerational wealth transfer in history. Different studies show that 65-90% of heirs switch financial advisors after inheriting wealth, hence wealth managers have no choice but to start bonding with their clients’ children”, explains Golba.

This is especially true with the bulk of future HNW inheritors currently falling under the mass affluent category. GlobalData’s studies indicate significant differences between how these two groups manage their finances and work with financial advisors. Less than 1.5% of UK wealth managers surveyed by GlobalData describe HNW demand for automated investment services as strong. Meanwhile, in the mass affluent segment, the uptake of digital services is much higher. As per GlobalData’s Retail Banking Insight Survey, more than 20% of UK mass affluents have already arranged at least some of their portfolio via robo-advisors, and 45% would be willing to use digital-only bank as their main provider.

“More importantly though, 64% of the UK mass affluent population don’t want to use a bank that has no track record or established reputation. Consequently, if they switch providers after inheriting their parents’ wealth, they are still likely to engage with brands they know. This means HNW-focused providers should build their brand-awareness in other parts of the market too”, says Golba. “Example of an attempt to do so is UBS; launch of their SmartWealth platform. The bank targets primarily millionaires, but its new offering is available for those with just £15,000 to invest. In this case, however, relatively high fees might deter price-sensitive individuals.”

Ultimately, wealth managers who find a balance between properly serving their current HNW clientele and resonating with the future generation will succeed in long term. Not only will they be able to retain HNW assets when they are passed over, but they will also to attract clients who decide to switch from other providers.