Tom Moore, Senior Healthcare Analyst at GlobalData, a leading data and analytics company, offers his view based on GlobalData’s own findings:

“In results from a survey carried out by the EMA, announced today, it was found that only 58% of market authorisation holders for pharmaceutical products in the EU are on track with their regulatory planning in preparation for the UK’s exit from the European Union in March 2019. Failure to properly put in place the required regulatory frameworks for centrally authorised products (CAPs) could result in them no longer having marketing approval in the UK after Brexit.

“These survey results are in line with GlobalData’s own findings, published in a recent report: Brexit and the Healthcare Industry – Implications for Pharma, Q1 2018. When professionals from within the healthcare industry were asked about their concerns after Brexit, 46% of those surveyed identified regulatory issues as being the most significant. Todays results published by the EMA provide some explanation as to why healthcare and pharma professionals foresee regulatory issues as being so important post-Brexit. 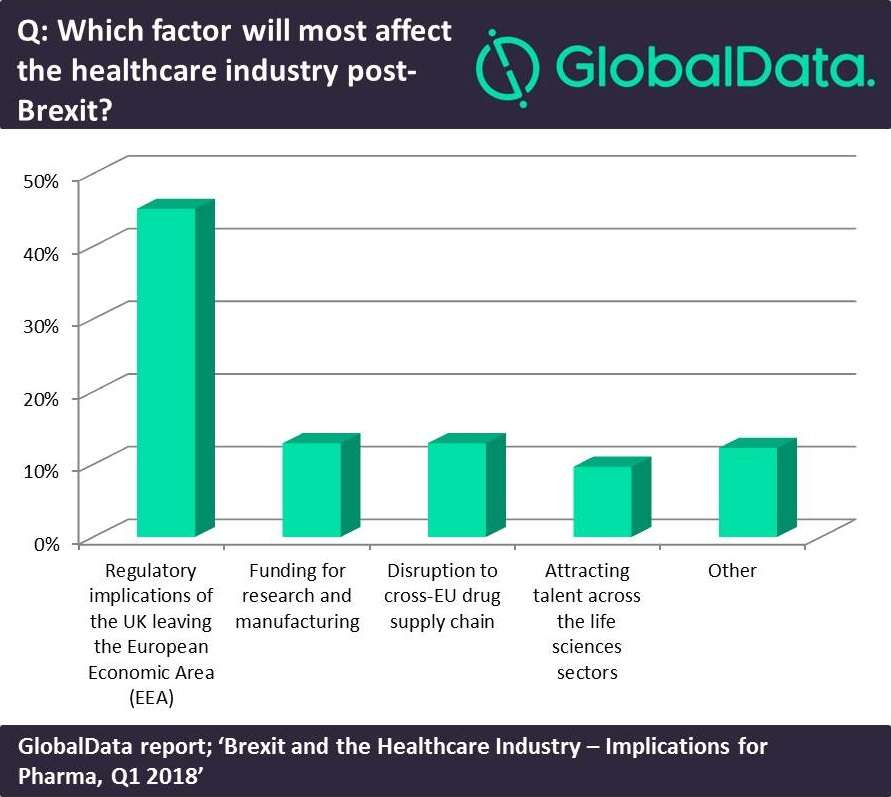 “Other factors identified as being of significant concern in GlobalData’s survey include continued research funding and supply chain disruption, which were both highlighted as the greatest concern by 13% of participants. The survey was carried out as part of a quarterly report by GlobalData, monitoring the Brexit sentiment of healthcare and pharmaceuticals professionals both within and outside the UK. Research into the sentiment in Q2, 2018 is currently ongoing, with publication of the next report in this series expected in the near future.”