Skadden and Kirkland & Ellis were top legal advisers by value and volume for Q1-Q3 2020, says GlobalData

Skadden, Arps, Slate, Meagher & Flom and Kirkland & Ellis were the top mergers and acquisitions (M&A) legal advisers for Q1-Q3 2020 by value and volume, respectively, according to GlobalData’s Financial Deals Database. Skadden advised on 130 deals worth US$202.1bn, which was the highest among all the advisers. Meanwhile, Kirkland & Ellis led in volume terms and also occupied the second position by value having advised on 361 deals worth US$196.1bn.

Aurojyoti Bose, Financial Deals Analyst at GlobalData, comments: “Kirkland & Ellis, which was the only adviser to advise on more than 300 deals during Q1-Q3 2020, lost the top position to Skadden in terms of value. Skadden, which advised on relatively fewer but big-ticket deals, was also the only adviser that managed to surpass the US$200bn mark during the COVID-19 hit 2020.

“The firm managed to advise on 31 deals worth greater than or equal to US$1bn – out of which three were megadeals (>US$10bn – at a time when businesses worldwide are reeling under the impact of the virus outbreak. Involvement in these big-ticket deals helped Skadden top the list by value.” 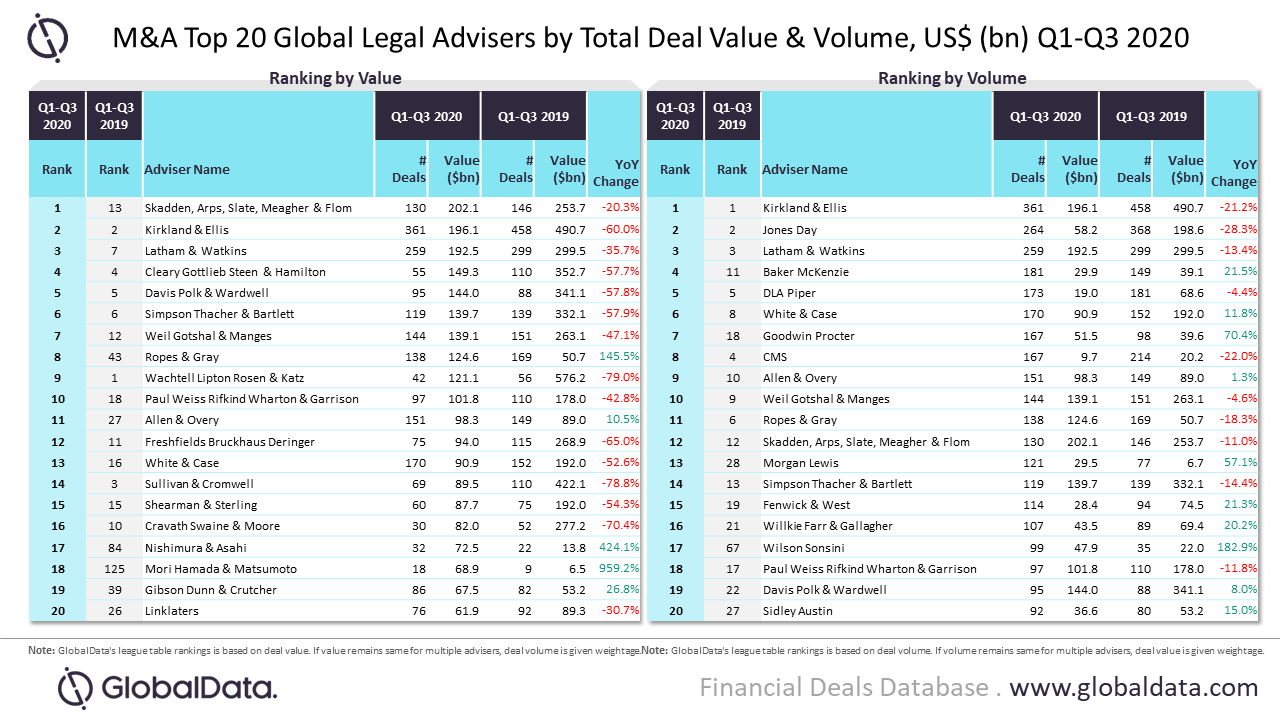