South Africa’s plans to reduce thermal power could result in major change in the country’s power mix in the future, says GlobalData

21 Jan 2021
South Africa’s plans to reduce thermal power could result in major change in the country’s power mix in the future, says GlobalData

Thermal power comprised 92.4% of the total power capacity in South Africa in 2000. However, with a few plants decommissioned and capacities of other technologies increasing, the share of thermal power fell to around 80% by 2019. South Africa, having signed the Paris Agreement and with plans to reduce thermal power and increase renewable power in order to cut emissions, could result in a major change in the country’s power mix going forward, says GloblaData, a leading data and analytics company.

Harshavardhan Reddy Nagatham, Senior Power Analyst at GlobalData comments: “South Africa’s thermal power capacity is estimated to have increased slightly from 47.8 GW in 2019 to 49.4 GW in 2020. During 2021–2030, the capacity is not expected to increase any further, according to GlobalData’s forecast. While new capacity of around 19.5 GW is estimated to be added during 2021–2030, this is set to comprise mostly of solar PV and wind power capacity.”

Thermal capacity is set to fall by around 4 GW during the same period. These new capacities and the expected shutdown of coal power are in line with the country’s 2030 target of reducing emissions by up to 26% below 2010 levels. The longer-term target of decarbonizing electricity in the country completely by 2050 is an ambitious one and it is expected that a future version of the IRP may help achieve this.

The share of solar PV and wind power was close to zero in 2010, but has increased significantly since then, and by 2030 it is estimated that these two technologies will represent a third of the country’s power capacity. 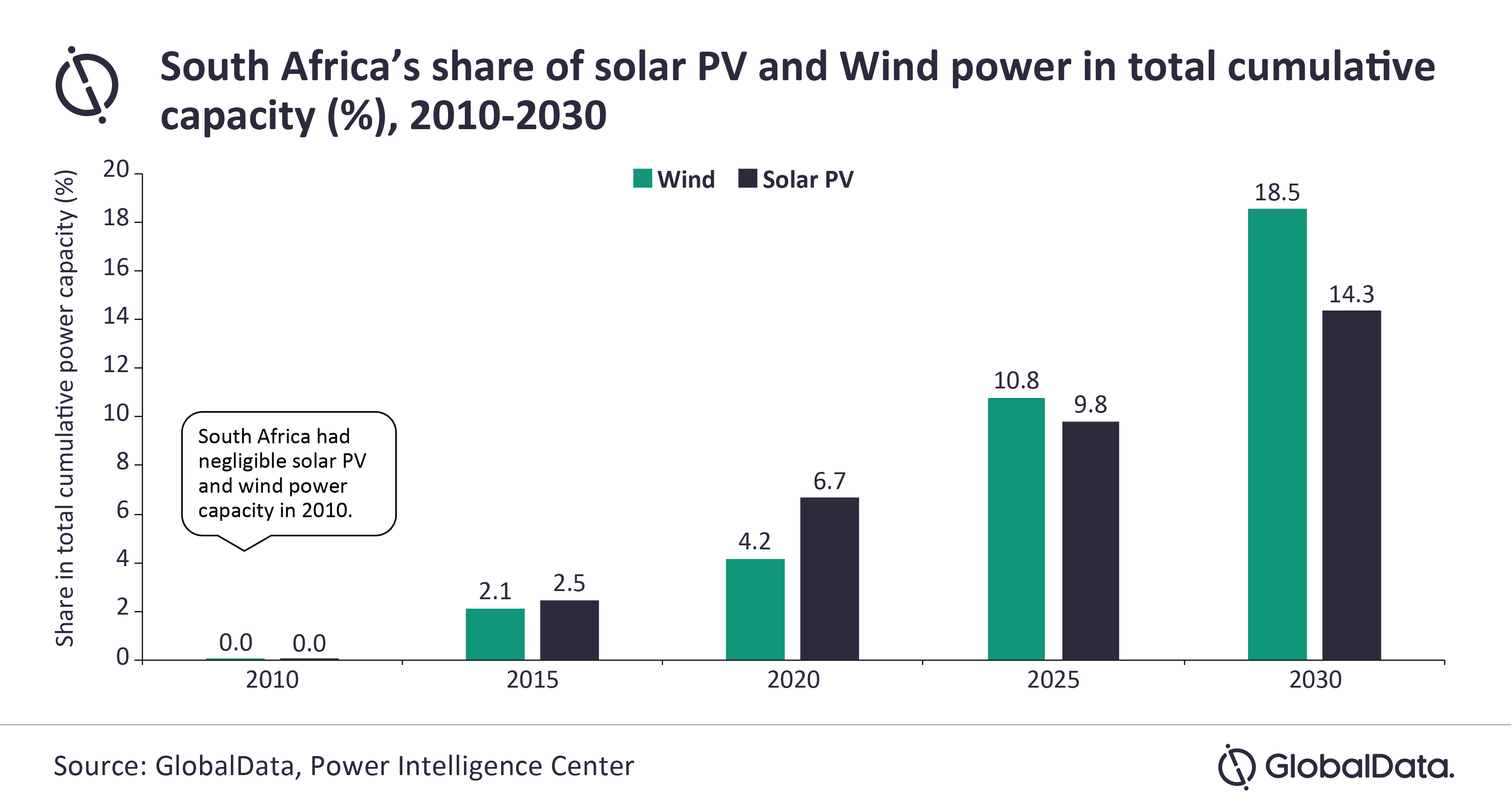