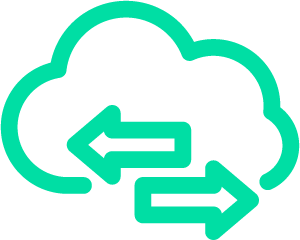 Tech companies are set to join the growing number of businesses leaving the UK due to Brexit, according to GlobalData, a leading data and analytics company.

The company’s latest Thematic Research report, ‘Brexit’s Impact on Global Tech’, shows that several tech companies are planning to move teams or offices out of the UK to a base in the European Union. Indeed, several have already moved.

David Bicknell, Principal Analyst in the Technology Thematic Research team said, “Countries like Ireland, the Netherlands and Germany have become a magnet for tech businesses on the move. Ireland has attracted fintech companies, law firms and data centers, while German cities like Berlin are attracting start-ups. Some UK firms are taking minority stakes in German companies in order to establish an EU base.”

Irish and German trade associations are at pains to suggest they are not actively seeking to gain from Brexit, but they can hardly be blamed for competing for business once firms have made the decision to leave the UK. Barclays’ recent announcement that it is moving €190bn (£166bn) worth of assets from the UK to Ireland in preparation for a possible ‘No Deal’ Brexit shows the scale of thinking and demonstrates that moving decisions are being made now, nearly two months before the UK’s Brexit deadline.

Ireland saw over 55 Brexit-related investments in 2018 with over 4,500 associated jobs. In Germany, foreign direct investment figures for 2017 from the country’s economic development agency Germany Trade & Invest (GTAI) showed the number of UK investment projects jumping by 21%, with the UK being the largest source of merger, acquisition and shareholding investment. The volume of enquiries to the GTAI from the UK also rose sharply.

Bicknell concludes: “As well as attracting technology companies, some countries have found there is a market for providing essential business services post-Brexit. In France, for example, a new appeals court in Paris opened last year to resolve international commercial disputes using English and common law practices.”