Tokyo has edged past Beijing, Paris, Seoul and London to emerge as the top city in the revenue analysis of top 25 global cities with highest GDP based on total revenue generated by the public companies headquartered in each city in 2018, according to GlobalData, a leading data and analytics company. 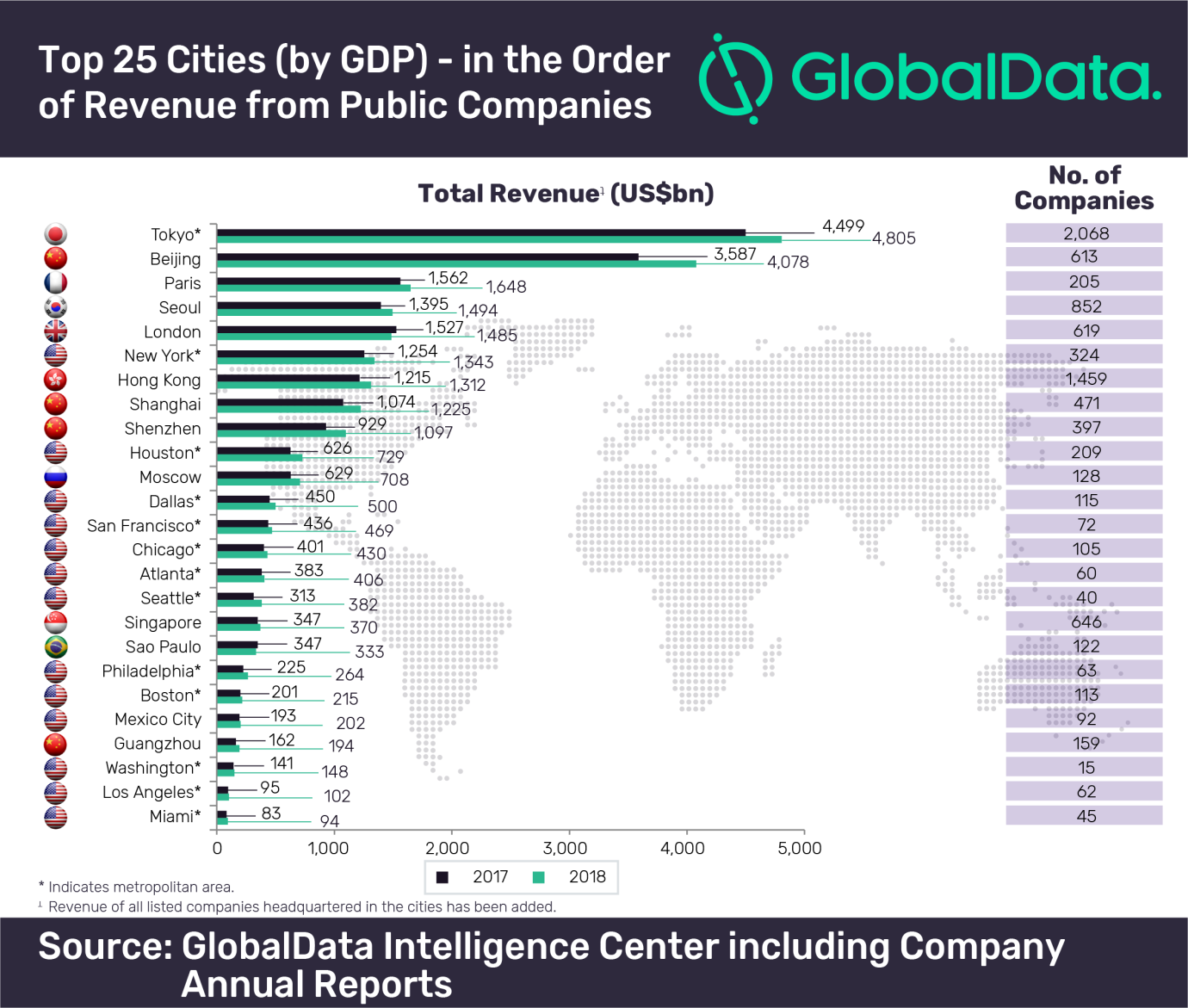 In terms of countries, the US was home to 12 out of the top 25 cities, followed by China with four.

The companies from the top 25 cities accounted for 38.5% of the aggregate revenue of the total sample size. The combined revenue of these companies witnessed a year-on-year (YOY) increase of 8.9% in 2018.

There were 23 cities, which reported YOY growth in their aggregate revenues from the companies within. Companies in Beijing, Shanghai, Shenzhen, Houston, Moscow, Dallas, Seattle, Philadelphia, Guangzhou, and Miami performed particularly well with an aggregate revenue growth of over 10%.

Vala adds: “Among these, the revenue of companies in Seattle grew by 21.9% on the back of improved performance in retailing, industrial goods and machinery, technology and communication, food services, transport and logistics, and travel and tourism sectors.

“On the other hand, the combined revenue of companies in London fell by 2.8% due to substantial decline in revenue from insurance, and investment banking & investment services activities.”