US leads list of top acquirers in payment tech space during 2014–2018, finds GlobalData

Three out of the top five mergers and acquisitions (M&A) deal makers (in terms of volume) during 2014– 2018 were from the US, according to GlobalData, a leading data and analytics company. Germany-based Wirecard AG (Wirecard) and China-based Ant Financial Services Group (Ant Financial) were the two other companies featured in the top five list. 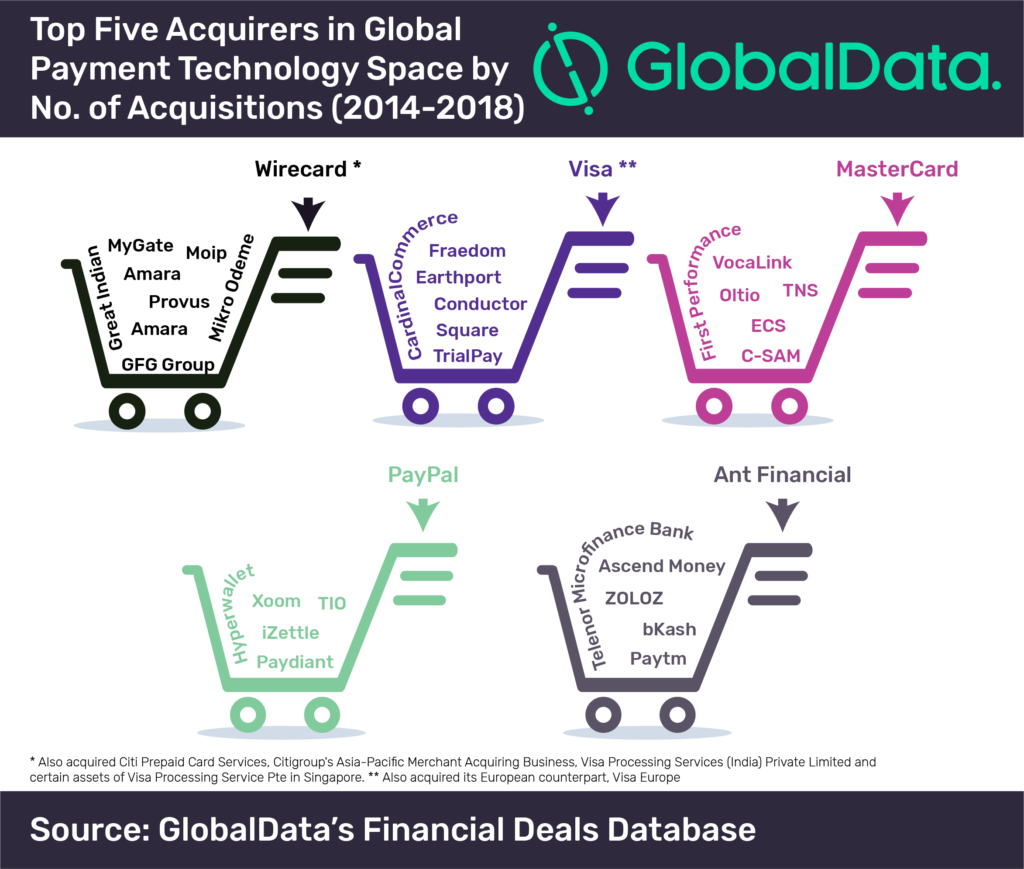 The three US-based companies, Visa Inc. (Visa), MasterCard Incorporated (MasterCard) and PayPal Holdings Inc. (PayPal), collectively accounted for 18 deals worth US$29.2bn during 2014–2018. Visa with US$24.1bn total disclosed deal value was way ahead of the other four top acquirers during the period. Wirecard acquired stakes or assets of worth US$455.7m in nine companies during 2014–2018.

Ant Financial was the only company from a developing nation to feature in the list. Ant Financial acquired stakes or assets worth US$934.5m in five payment tech companies during the period. While Ant Financial mostly concentrated its acquisition within the Asian region, other top acquirers were more diversified in terms of geographic location of targets. 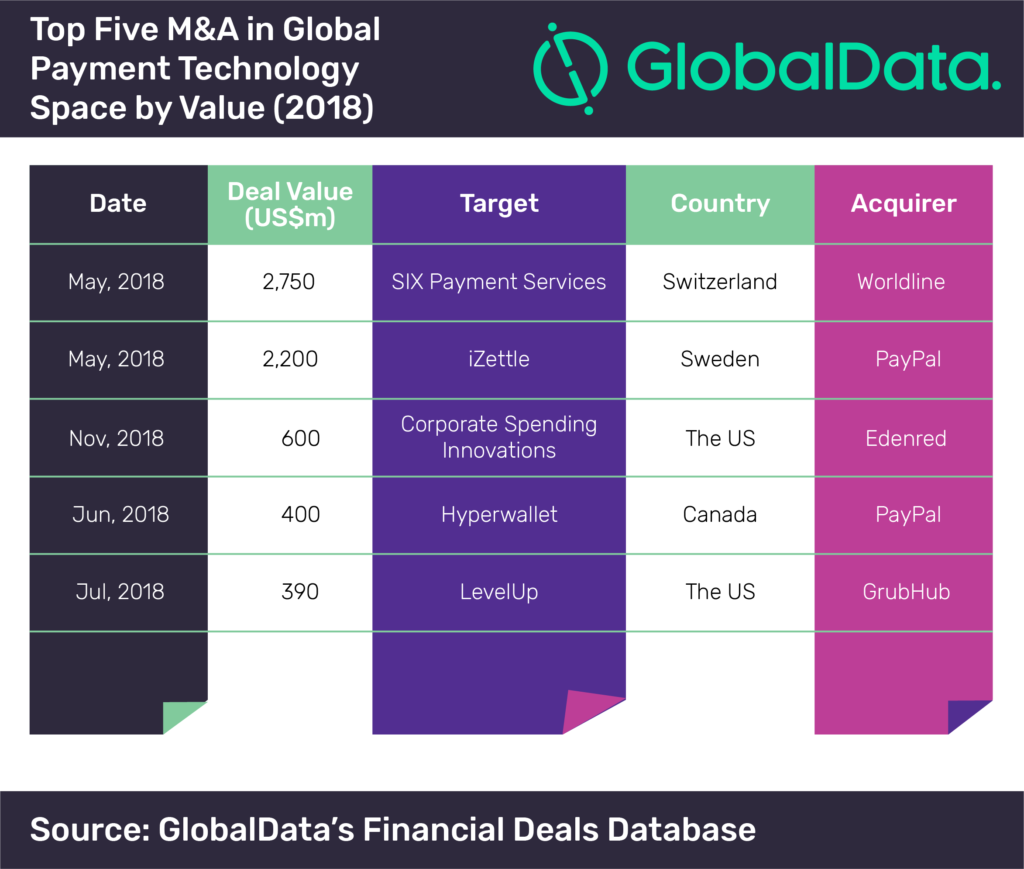 At present, majority of the targets in the payment tech space are from developed countries. However, going forward, a growing number of payment tech start-ups in emerging countries are likely to push M&A activities in these regions. Around 40% of the targets, acquired by the top five acquirers during 2014–2018 were headquartered in developing nations, with Asia contributing around 50% of this chunk.

Of the developed countries, US-based payment tech companies accounted for more than 50% share during 2014–2018.

Bose concludes: “We can anticipate growing payment tech M&A activity in emerging markets. We might also see growing M&A activities in some of the developed countries such as Germany and Italy with low adoption of online payment and high growth opportunities.”