Allens and Khaitan top M&A legal advisers by value and volume in Asia-Pacific for 2021, finds GlobalData

Allens and Khaitan were the top mergers and acquisitions (M&A) legal advisers in Asia-Pacific for 2021 by value and volume, respectively. Allens advised on 38 deals worth $88.9bn, the highest among all the advisers. Meanwhile, Khaitan led in volume terms with 116 deals worth $21.7bn. A total of 7,807 M&A deals were announced in the region during 2021, according to GlobalData, a leading data and analytics company.

Aurojyoti Bose, Lead Analyst at GlobalData, comments: “Khaitan was the only firm to advise on more than 100 deals during 2021. However, despite leading by volume, Khaitan lagged many of its peers in terms of deal value. Surprisingly, it also did not feature among the top 10 advisors by value.” 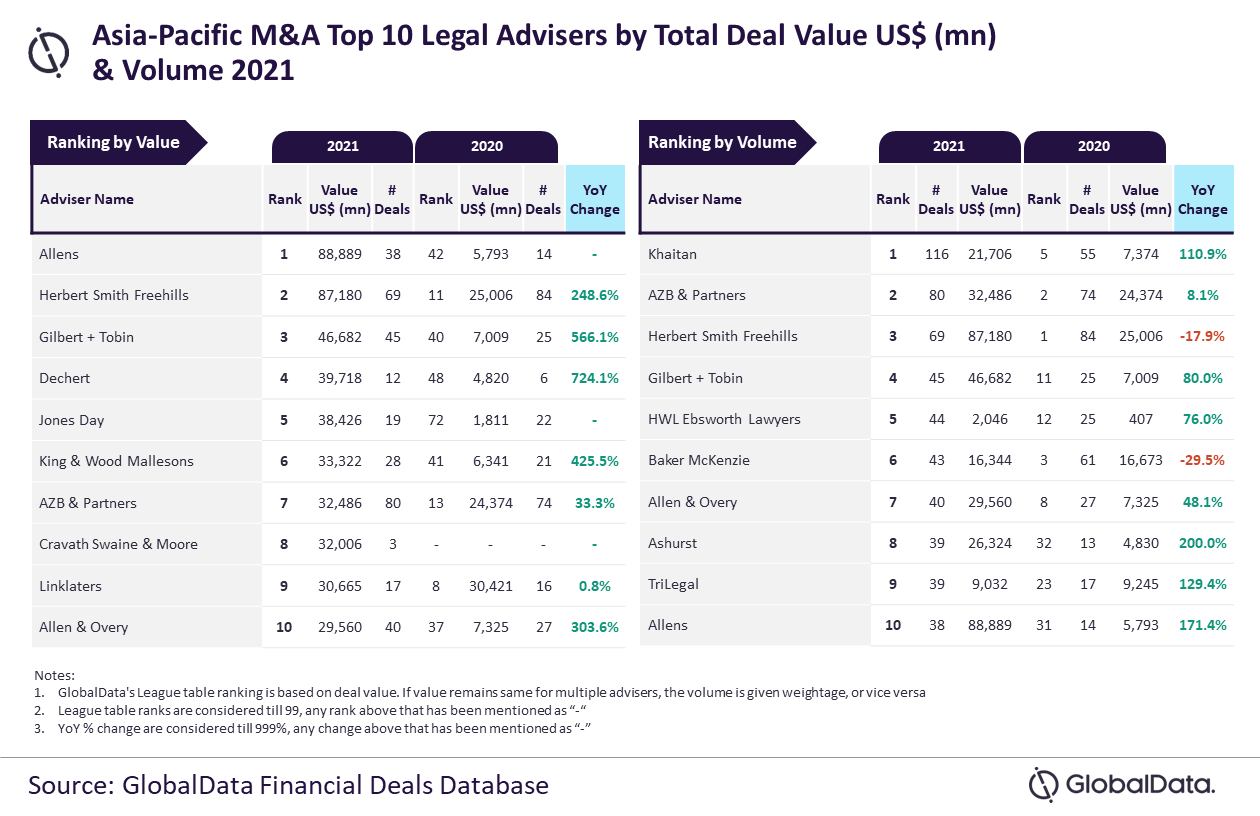 An analysis of GlobalData’s Financial Deals Database reveals that Herbert Smith Freehills occupied the second position in terms of value with 69 deals worth $87.2bn, followed by Gilbert + Tobin with 45 deals worth $46.7bn, Dechert with 12 deals worth $39.7bn and Jones Day with 19 deals worth $38.4bn.