Haseeb Ahmed, Oil and Gas Analyst at GlobalData, comments: “In Asia, Ulsan and Yeosu in South Korea and Jamnagar II in India were the key refineries under both planned and unplanned maintenance in 2020. Ulsan and Yeosu have refining capacities of 840 mbd and 800 mbd, respectively, while Jamnagar II has 707 mbd.” 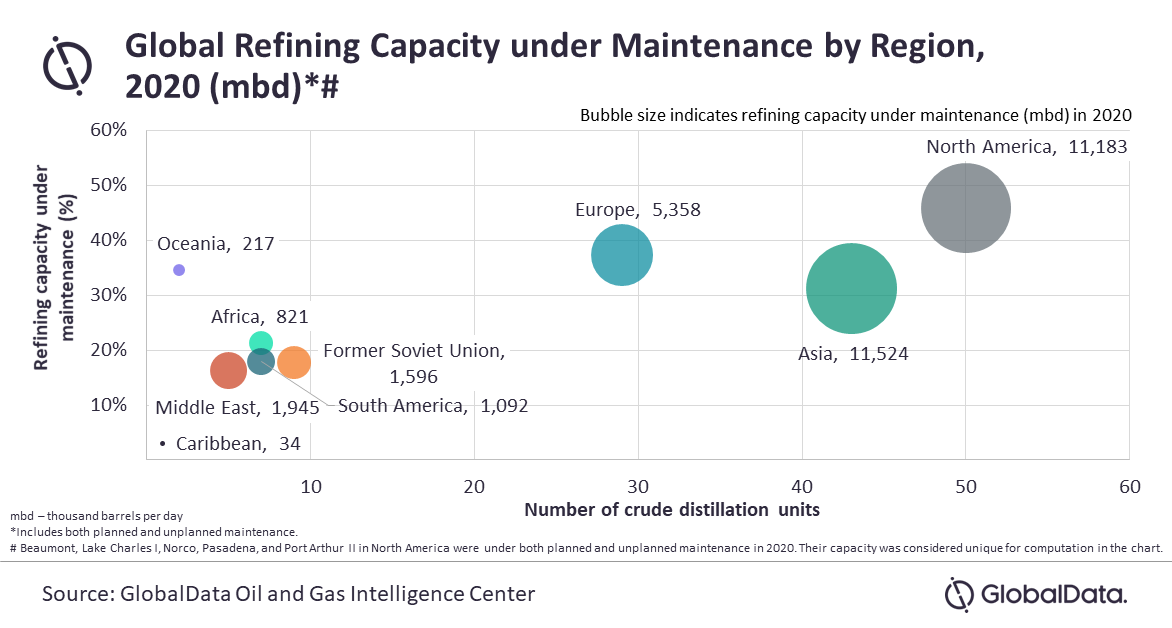